Well into Q1 2022, it has become clear that many of the trends that emerged over the past year or two continue to shape both the economy and the asset class. Among them, inflation, monetary policy, supply chain disruption, and energy transition – all of which we recently discussed with DWS’s head of research, Gianluca Minella. Following is an excerpt from that conversation. 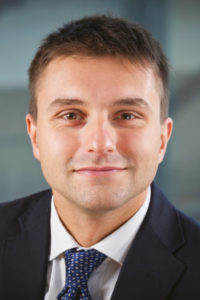 A recent headline referred to “permanent” inflation. While it may not be permanent, it certainly seems to be lingering. What is your view?

There is a base effect to inflation, and we know that base effect will, over the next 12 months, lead to a reduction in inflation levels. In addition, the supply-demand imbalance that was caused by covid and by the fact that demand has recovered much faster than supply in many sectors should also gradually normalise. So there is a second indication that the high inflation we are seeing may be temporary. The other point is that some structural conditions that have led to low inflation in the last 15 years – in particular, the demographic element, which tends to be weak; and technology, which is a phenomenal deflationary instrument – have not really changed. But technology will accelerate to some extent.

What will generate a higher inflationary environment is the energy transition. Energy transition has a cost and we see it with gas prices at the moment. But even beyond the cyclicality of gas prices, let’s look at the high CO2 costs in Europe. These costs are expected to remain high and that is also an inflationary element. Additionally, we think trade patterns may change over the next year.

This could be due to higher trade barriers and it may be rooted in European politics. For example, it was ultimately Germany, Spain and Italy that kicked off the renewable energy sector 20 years ago with a lot of subsidies. Most manufacturing jobs related to these investments were then generated in Asia. Today, European leaders are trying to ensure that energy transition, which is a cost, generates employment in Europe, leading to the reshoring of some production capacity in Europe. That factor may well play a role for infrastructure in general.

Part of the energy transition is decarbonisation, which also has a cost. As DWS points out in its 2022 outlook, it contributes further to the infrastructure investment gap.

Investment will flow into decarbonising existing infrastructure assets and that can be a phenomenal contributor to value generation and sustainability. Take, for example, public bus transportation companies electrifying bus fleets, with regulation more frequently supporting investment into electrification, service growth and operators’ margins.

Then there is also the decarbonisation of the energy sector, which leads to the emergence of new infrastructure sectors: EV charging, battery storage, energy efficiency, smart metering.

And what’s particularly interesting is that all of these are driven by technological evolution and policy evolution. This policy evolution takes two very different approaches. In Europe, it is heavily regulated, which means that regulation is binding for governments in terms of renewable energy installation targets, energy efficiency, retrofitting of public buildings, for example. So regulation and policy are really accelerating this trend, providing investors with a good level of visibility on future investment needs. In the US, decarbonisation policy is still maturing, not yet feeding through regulation as is happening in Europe.

These new subsectors are primarily related to the energy transition, then.

Correct, but not focused only on power or energy, but also on transportation or digital infrastructure. In 2020-21, we saw a strong acceleration not only in renewables but also in fibre, data centres and other emerging sectors, such as battery storage. In 2022, it looks like EV charging will be strongly accelerated.

But because these are not traditional infrastructure assets, the big question that arises is, ‘How will they behave from a financial perspective, from a demand perspective; is the business model sufficiently mature for infrastructure investors?’ And that is one of the reasons why we see more growth occurring on the smaller end of the market rather than in the large-cap segment.

Over the next three to five years, there will be investment in these new and smaller infrastructure sectors and manager diversification will play a role. But in terms of diversification in general, to access certain markets and sectors you will need specific sector knowledge, specific country knowledge, and that will, to some extent, require the assistance of more specialised players. Take EV charging, for example: capital is flowing into that sector, but nobody knows what the business model will look like when the sector matures.

Another new subsector you mentioned in our Deep Dive on ports last month had to do with green shipping.

It is not a strategy that we are considering at DWS, but the decarbonisation of ships is drawing interest from other market players. I wouldn’t be surprised if more capital begins flowing into the sector in the near future. Why? Because next to a clear demand effect, it’s also a sector where the necessary technology – biofuels or even green ammonia – exists.

But in addition to this, there is also very stringent regulation around shipping. So if you are willing to invest in green ships, you are potentially stabilising demand risk and price risk because you are invested in the cleaner end of the market. That is a very interesting infrastructure proposition because you have, to some extent, de-risked volume and price risk for the foreseeable future.

Editor’s Note: This conversation took place before the Russian-Ukrainian war.