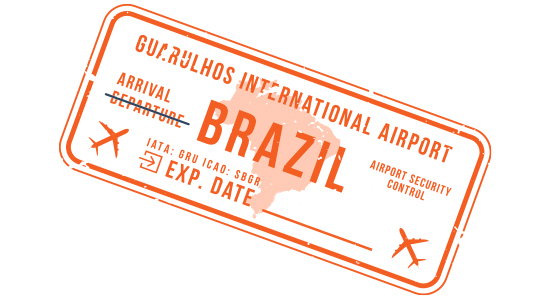 Flying high in Brazil
Airports have taken a battering during the coronavirus pandemic – this is obvious to all. But all is not lost for the previously high-flying sector.

The Brazilian government announced last week that it had raised 3.3 billion reais ($588 million; €491 million) from the privatisation of 22 airports, with the majority won by Brazilian infrastructure company CCR, as reported by Reuters.

The sum is similar to that raised by a previous airport privatisation package in the country in 2019. That is all the more remarkable given the nature of Brazil’s covid-19 situation, as a second wave continues to sweep the nation and dampen demand for air travel.

Even during an downturn, this auction shows that investors are willing to look past covid-19 for a sector previously known for trophy assets.

Hailed by IPI partner Matt A’Hearn as “a resounding success”, the fund’s close brings the amount raised by IPI since its formation in 2016 to over $5.25 billion, a sizeable sum for this investment platform committed to acquiring, developing, leasing and operating data centres. The IPI Partners II fund, which began investing last year, most recently acquired Milan-based data centre platform SUPERNAP Italia.

Despite being co-sponsored by real estate investment specialists Iron Point Partners and ICONIQ Capital’s real estate platform, IPI told The Pipeline it isn’t too focused on labels when it comes to the infra versus real estate data centre management debate. In fact, it prefers to be seen as a pure data centre play. Perhaps that is the biggest affirmation of all for this sector.

Harith gets $200m top-up for African fund
Harith General Partners is back in the infrastructure fundraising market, although the product might seem familiar to some LPs. The South African manager has raised $200 million for a “top-up fund” to its 2014-vintage Pan-African Infrastructure Development Fund II, which raised $410 million.

The proceeds will be deployed in up to four of the best-performing assets in the original 12-year vehicle, which require further capital for expansion, a move similar to the €1.2 billion annex fund raised last year by Antin Infrastructure Partners.

When asked by The Pipeline why the six-year top-up fund model was chosen, a spokesman said: “Otherwise we will be investing in the same assets through fund vehicles with differing lifespans. That means by the time we get to an exit decision, there could be conflicts between the two fund vehicles. This way, the funds have the same lifespan and when exits are targeted for those portfolio companies where both are invested, all interests will be aligned.”

“Basically, the new platform is another tool for us to intensify installation of wind onshore projects with Enercon WEC technology on a global scale,” a company spokesman told The Pipeline. “We see this offering as an additional aspect of customer support for those Enercon customers who seek access to investment opportunities in renewable energies,” he said, particularly those who are in the planning phase of new wind projects.

While he declined to disclose a target, Enercon has already secured close to €100 million from two insurers as anchor investors for Enercon Wind Onshore Deutschland I, which, according to the spokesman, has a 25-year investment horizon.

Its first investment will be in five operational German wind farms, equipped with Enercon’s wind energy converters that the company will service and maintain throughout the investment period.

“Why only microfinance for women? I want women in infrastructure early on in the supply chain… to access the millions and the hundreds of millions … women as contractors, heads and owners of big infrastructure companies and projects”

KKR poaches US ‘green team’ from CapDyn
A trio of Capital Dynamics clean-energy veterans have decamped to KKR’s global infrastructure team, as the latter seeks to boost its renewables and energy transition investments across North America.

Tim Short and Benoit Allehaut have joined KKR as managing directors, with Benjamin Droz coming on board as a principal. Short and Allehaut were MDs at CapDyn’s Clean Energy Infrastructure team, where they executed on more than $14 billion of investments. Droz was a VP.

“Tim, Benoit and Ben’s deep expertise and experience in renewables, storage and electrification will greatly contribute to our investments in support of a clean energy future,” said Brandon Freiman, KKR’s head of North American infrastructure.

KKR is no stranger to the sector, having executed on some $19.5 billion of renewables investments, with a capacity of 12.5GW, over the past 10 years.

Gas sparks German LP into life
Germany’s largest public insurer, Versicherungskammer Group, has made its first foray into direct infrastructure investments with the acquisition of Ferngas for €720 million.

Ferngas operates a high-pressure German gas distribution and transmission network spanning more than 3,000km in Versicherungskammer’s home state of Bavaria and Thuringia, as well as parts of Hesse, Saxony and Saxony-Anhal. It was formed from the merger of Ferngas Nordbayern and Erdgasversorgungsgesellschaft Thüringen-Sachsewas, both acquired by First Sentier Investors’ European Diversified Infrastructure Fund in 2013 and 2014, respectively (when the GP was still known as First State Investments).

Not long after those deals, market sources told Infrastructure Investor the transactions “broke records” in terms of both regulated asset base and EBITDA multiples in Germany.

Isabella Pfaller, board member of the Versicherungskammer, described the deal as a “remarkable transaction”. It’s certainly not baby steps for the insurer. 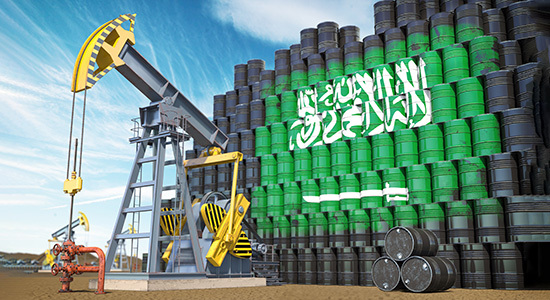 The DC-based firm has struck a deal with Saudi Arabia’s oil giant Aramco, paying $12.4 billion to acquire a 49 percent stake in a new unit, Aramco Oil Pipelines, holding the country’s crude oil pipeline network, with rights to 25 years of tariff payments. The deal does not have any conditions on how much oil is produced by Aramco, EIG said.

Blair Thomas, EIG’s chairman and chief executive, hailed the deal as an “extraordinary opportunity” to invest in a “marquee global infrastructure asset”. Indeed, as US midstream struggles, have the infrastructure titans found a new home?