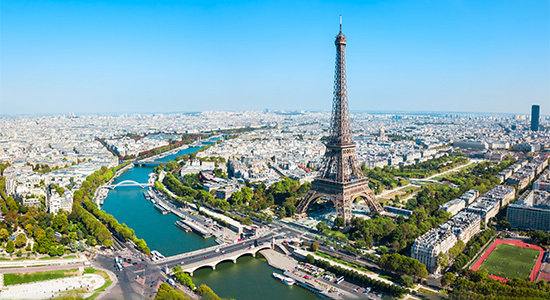 Antin’s €4.1bn IPO is the king of Paris listings
Antin Infrastructure Partners’ listing is officially a hit, pricing at €24 per share, the top end of its range, and giving the firm a market cap of around €4.1 billion, in 2021’s biggest IPO on the Paris stock exchange.

The firm attracted strong interest from French and foreign institutional investors to raise €350 million in new capital. Co-founders Alain Rauscher and Mark Crosbie netted around €200 million through a secondary offering. That €550 million raise could increase to €632.5 million if an over-allotment option is exercised. Following the IPO, Rauscher (31.7 percent) and Crosbie (18.4 percent) still own the majority of the firm.

The capital raised will be used to fund Antin’s expansion plans, which include raising a €1.2 billion NextGen Fund as well as up to €11 billion for the firm’s fifth flagship vehicle.

Rauscher and Crosbie said they were “thrilled by the success of Antin’s IPO”. And who can blame them? At 11:30am BST on Friday, the shares were already trading at €30.36, up 26.36 percent on their Thursday closing price.

Corks will probably keep popping at Antin HQ for a while, then.

Cube reaches €1bn first close for third fund
Cube Infrastructure Managers is well on its way towards hitting the €1.5 billion target it has set for its third flagship fund, the Luxembourg-based firm said in a statement.

Cube Infrastructure Fund III, which was launched in the first half of this year, will follow the same strategy as its predecessors by investing in the European brownfield, mid-market space. No investments have been made to date, but sources close to the fund told us there is a strong pipeline in its key markets: the energy transition, communication infrastructure and public transport.

Existing and new investors – including public and private pensions, insurers and asset managers from Europe, North America and Asia – have committed €1 billion to date, nearly as much as the €1.04 billion Cube raised for CIF II in July 2019.

Criteria puts the brakes on IFM’s Naturgy bid
When Spain’s government last month gave the green light for IFM Investors’ €5 billion bid for 23 percent of energy giant Naturgy, it seemed like the Australian manager had survived this particular Spanish inquisition. And when the board of the company this month said “the price of the offer is reasonable” and recommended the bid, it all seemed a formality.

Not so for CriteriaCaixa, the investment company of Spanish bank La Caixa and Naturgy’s largest shareholder, a base also containing Global Infrastructure Partners and CVC Capital Partners. CriteriaCaixa said it has listened to the board and analysed the impact the bid would have on the corporate governance of the company.

And its decision? IFM’s bid “does not offer full satisfaction to the interests of CriteriaCaixa, an investor committed to the long-term development of Naturgy”. Ouch.

Wherever it sits, it’s doing a similar job to unlisted infrastructure in terms of its resilience and inflation linkage; it also has a higher EBITDA growth than global equities and an attractive pricing – factors that have led to a surge of take-private deals in recent times.

Bfinance does, however, warn that “each benchmark is unique and has its own limitations: it is crucial to scrutinise the choice of yardstick, [and] validate its rationale in relation to the investment strategy” – which will, of course, lead some observers to draw certain “fake infra” conclusions…

Making the DIFference
Netherlands-based DIF has taken the next step in its international expansion, announcing the opening of an office in New York under the remit of DIF partner Marko Kremer, who has overseen the GP’s business in North America since 2020.

Supporting the expansion is Kanan Joshi, joining as a senior director from her position at Upper Bay Infrastructure Partners, who will lead investments and strategy in the US digital infrastructure sector. Meanwhile, across the pond, Luuk Veenstra will move from M&G’s team in New York to join DIF’s Schiphol office. He joins as a senior director with a remit covering “part of Europe” and the Middle East, DIF said.

In addition, DIF announced that Christopher Mansfield and Carl Jobst von Hoersten will both retire as partners after 13 years in their roles as head of renewable energy and head of Germany, respectively.

Managing director Caine Bouwmeester, who joined from Macquarie’s Green Investment Group in 2020, will take over as renewable energy chief. Marcel Beverungen, also an MD at DIF since last year, will assume responsibility for the German market.

Camiña joins as a partner at the Boston-based private funds manager and is bringing more than 20 years’ experience in infrastructure project finance and investment management. He was previously director of infrastructure debt at Allianz Global Investors, where he helped expand investment activity into Latin America.

Denham announced in July the expansion of its infrastructure platform to include private lending. The firm’s credit strategy will predominantly invest in senior debt, targeting investment-grade and below investment-grade clean energy-related assets in developed markets in North and South America, Asia, Europe and Australia. 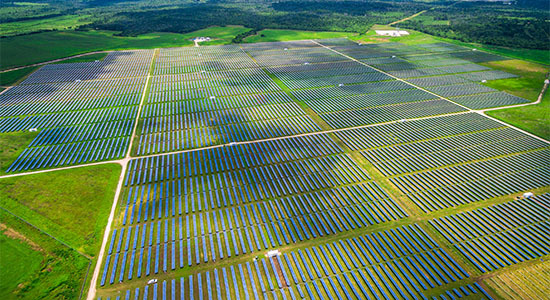 Bright beginnings for Glennmont
Renewables specialist Glennmont Partners has finalised its biggest solar investment to date with the acquisition of a 437MW solar PV portfolio in central and southern Spain.

The deal was agreed in August and sees Glennmont acquire the portfolio from Spanish developer Grupotec. The latter will continue to partner with Glennmont as construction of assets gets under way.

Capital will come from Glennmont’s Europe-focused Clean Energy Fund III, which exceeded its hard-cap to close on €850 million in 2019. The Grupotec deal follows the establishment this month of a solar PV platform, BNZ, which aims to reach an installed capacity of 1GW across Italy, Portugal and Spain by 2024. The BNZ platform and Grupotec moves are Glennmont’s first since Nuveen’s acquisition of the GP in January.

At 437MW after its first deal, BNZ is almost halfway to its 1GW target after one deal. Nice work if you can get it.