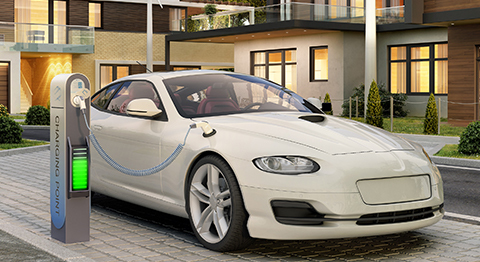 Love in the Ares for climate fund
Ares Management is edging towards a close for its Ares Climate Infrastructure Partners fund, the Los Angeles-based group’s first dedicated vehicle to clean energy infrastructure. It disclosed in an SEC filing last week that it had raised $668.3 million for the 2019-vintage strategy. Although it has not disclosed a target, The Pipeline understands this to be $1 billion. It is believed Ares is planning a September or October final close as it awaits final commitments from LPs.

Ares did not respond to a request for comment. However, in an article for Infrastructure Investor in December, Keith Derman and Andrew Pike, partners and co-heads of Ares Infrastructure & Power, said the climate infrastructure landscape – covering renewables, battery storage and microgrids, electric transmission, vehicle electrification and energy efficiency – had “demonstrated a resiliency and downside protection not observed in other infrastructure asset classes”.

Well, perhaps apart from one other…

Digital infra: reasons to be careful
Investors may be rushing to grab a slice of the digital infrastructure pie, but there is plenty to consider before deploying capital. This was laid bare last week during a webinar hosted by the Global Infrastructure Investors Association entitled Digital Infrastructure – The Hidden Costs and Challenges for Investors. Below are three key takeaways to bear in mind:

AMP Capital takes aim in fund battle
The fight for AMP Capital’s Community Infrastructure Fund escalated last week, with the firm taking aim at Plenary Group’s PPP-prone business model as the latter continues with its bid to take over the fund.

In a letter to CommIF unitholders, AMP Capital issued a thinly veiled attack on its rival, noting: “It is our view that at least one of the third parties who has submitted a [takeover] proposal has a conflicted business model, as a developer with a captive fund.”

Warning investors that “there are currently no successful developer/sponsor-managed PPP funds in the Australian market”, the firm pointed out that its own independence from any one developer would ensure its ongoing commitment to acting in the best interests of the fund. With Morrison & Co and Palisade Investment Partners also said to be in the running to take over the vehicle, whether CommIF unitholders agree with AMP Capital remains to be seen.

The capital has been raised primarily from Nordic investors, with Sweden’s church pension Kyrkans last month making a €70 million commitment. The fund plans co-investments in energy, transport, telecoms and social infrastructure in both the US and Europe. Investments in the latter region would contain a Nordic tilt, Gullhaugen said, as evidenced by Storebrand’s commitment to the recently closed Infranode II fund, as well as a strategic co-investment agreement.

“I’ve been working in the industry about 25 years and I have never launched a product that has received that kind of interest generally,” said Gullhaugen.

Move like Jaggers
PwC Australia has appointed eight new partners to its integrated infrastructure team, with an eye to capitalising on the strong pipeline for infrastructure projects Down Under post-pandemic. Cameron Jaggers is the only external hire of the eight, joining from KPMG where he had experience advising clients in the transport, defence, mining, oil and gas, water and energy sectors.

PwC Australia created its integrated infrastructure team this year to bring together staff from across the firm’s business areas to support complex projects at all stages of delivery. The latest hires take the team’s total partnership number to 50 and mean that 16 partners have been appointed over the past 12 months.

AusGrid sale to cause shockwaves again?
AustralianSuper could be about to offload more than half of its stake in AusGrid, Australia’s largest electricity network. According to the Australian Financial Review (paywall), the country’s biggest superfund – which joined forces with Melbourne-based fund manager IFM Investors to acquire 50.4 percent of AusGrid for A$16.2 billion ($12.1 billion; €10.2 billion) in 2016 – is said to be looking for a buyer for a 16 percent stake in the company, which could reap more than A$2 billion.

This would leave AustralianSuper owning just under 10 percent of the network. The New South Wales government and IFM Investors – which currently holds 49.6 percent and 25.2 percent of AusGrid respectively – have the right of first offer should the stake be put up for sale.

Investment banks Barrenjoey Capital and Jefferies have reportedly been hired to find a buyer, though they’ll have to be wary of any suitor’s profile after the 2016 saga with China State Grid. 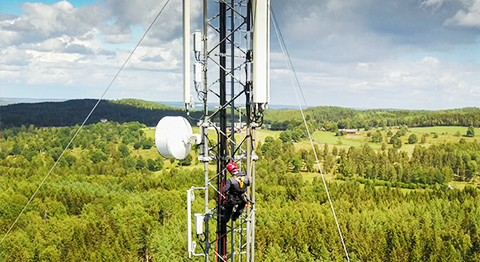 Brookfield’s Towering investments
Brookfield Asset Management has partnered with Alecta, one of Sweden’s biggest pension funds, to acquire a 49 percent stake in the telecoms towers business of Telia, which has a footprint across Finland and Norway.

The deal is worth €722 million and implies an EV/EBITDA multiple of 27x on its €56 million EBITDA in 2020. The business owns and operates 4,700 towers, which had total revenue of €88 million last year. More widely, Telia has the largest towers infrastructure footprint in the Nordics and Baltics, operating 25,000 towers and rooftop sites.

Brookfield’s investment is believed to have been made via Brookfield Super-Core Infrastructure Partners, an open-end fund launched in 2018 that had amassed about $4.3 billion at the end of Q1, according to a Meketa report for the City of Marlborough Contributory Retirement System.

A resounding vote for digital being core, then.

Sea, sun and offshore wind
Blue waters and sunny skies are two of the main reasons tourists flock to Greece, but its extensive coastline and offshore wind potential have now attracted Copenhagen Infrastructure Partners to come for an extended stay. The Danish renewables-focused manager is partnering with Greek energy company Mytilineos to develop offshore wind parks in Greece.

According to a statement from Mytilineos, CIP is making the investment through the CI New Markets Fund I, the first vehicle CIP raised to invest in emerging markets – primarily in South-East Asia, Latin America and parts of Eastern Europe – which closed on $1 billion in December 2019. Details of the partnership, including project specifics, were not disclosed other than the split between the two partners, with CIP owning 60 percent of the partnership and Mytilineos the remaining 40 percent. CIP did not respond to a request for comment.