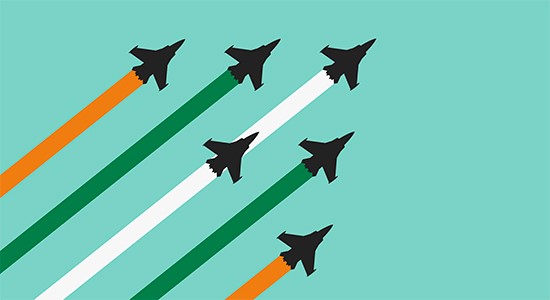 The successful push by India’s government to make the country one of Asia’s top infrastructure investment markets has left it in an uncomfortable position in the battle to buy Mumbai International Airport’s operating company.

In the red corner is a powerful triumvirate of the government-backed National Investment and Infrastructure Fund, Canada’s PSP Investments and the Abu Dhabi Investment Authority. The trio say a deal by GVK Group to sell a 74 percent stake in the hub to the blue corner’s Adani Group – India’s largest conglomerate – breaches their exclusivity deal for the stake.

India’s Economic Times has reported that PSP, ADIA and NIIF have written to the prime minister’s office and the finance ministry asking them to intervene in the situation. Talk about finding yourself between a rock and a hard place, as there can’t be many in government who want to rule for or against New Delhi’s own investment fund in a battle with one of the country’s largest corporations. No wonder the finance ministry told the ET in a statement that the “government has no role in such litigation of a private nature”.

The fight for India’s skies rumbles on.

Brookfield is setting its sights on environmental, social and governance investing by hiring Mark Carney – former Bank of England governor and current UN special envoy for climate action and finance – as its new vice-chair and head of ESG and impact fund investing.

Bruce Flatt, the firm’s chief executive, told Bloomberg that the plan is for Carney’s new ESG funds – which are targeting annual average mid-teen returns – to buy entire businesses, as well as invest alongside Brookfield’s other portfolios.

“Based on our fundraising capacity, the operating businesses and background that we have, and Mark’s relationships and strategic knowledge of this area, I think we can become a category killer in ESG investing,” Flatt said.

That’s a slightly odd choice of words, given the subject matter… Still, considering Brookfield tends to dominate the asset classes it invests in, we have no doubt it will make a killing on ESG investing.

The hunger for infrastructure debt vehicles shows no sign of abating, with MEAG – the asset management arm of German insurance groups ERGO and Munich Re – the latest to join the party.

Just a little over a year on from the close of its maiden infrastructure debt fund on €660 million, MEAG is on the hunt again. Last week, it launched MEAG Infrastructure Debt Fund II with a target of €800 million to meet what managing director Frank Becker described as “outstanding demand”.

There is clearly outstanding demand in the deal market for MEAG too, with the group saying it is working on an investment pipeline of more than 700 projects across transport, energy, communications and social infrastructure.

“What did you just say to me?” We’re sure those words – or words to that effect – have kicked off many a Mexican standoff back in the day. We’re not at all certain, however, if representatives from IFM Investors ever uttered them to Mexican lawyer Paulo Diez Gargar. What we do know is that the Australian manager has filed a “moral damages” case against Gargar in Mexico, seeking a public retraction of what it deems defamatory statements made against its Mexican subsidiary, Aleatica Mexico, according to the Australian Financial Review.

Aleatica Mexico – formerly OHL Mexico – operates more than 400km of urban and interstate highways across the country, transporting up to 8 million passengers a year.

“IFM Investors is taking this action to protect our investors’ interests,” a spokesman told the AFR. “We look forward to the resolution of this matter. As this is now before the courts, it’s not appropriate to comment further.” 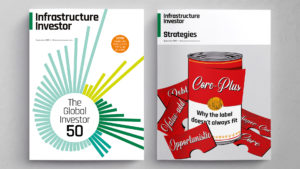 September begins tomorrow, so that’s that for this year’s (very atypical) holiday season. Ease yourself back in by checking out which institutional investors have made the second iteration of our Global Investor ranking, which we’ve expanded to profile 50 of the world’s largest infrastructure investors, up from the 30 we featured last year. Not only do we reveal which institutions made it into this $400 billion club; we also hear in their own words how they’ve seen the asset class perform during the pandemic and what their plans are for infrastructure in the future.

September’s main issue is accompanied by our Strategies report, a supplement that explores infrastructure’s changing landscape; how strategies are evolving; and why labels such as core and core-plus don’t always fit. It also features interviews with HSBC, Golding Capital, Infracapital, Arcus Infrastructure Partners and Ancala Partners.

An energy source on how bundled deals will become more common to secure PPAs in a low-price and lower-demand environment.

NPS sticking to what it knows

South Korea’s National Pension Service has committed between $100 million and $200 million to Actis Energy 5, according to Korean Investors.

The fund – targeting power generation in emerging regions such as Latin America, Africa and South-East Asia – is targeting $4 billion and held its first close with $2.9 billion of commitments in July.

The commitment is a re-up from NPS’s investment in Actis Energy 4, which closed in 2017 on $2.75 billion. “Pension funds tend to keep existing partnerships with the current asset managers if the returns are fine,” a source told us. “This trend has been more common during covid-19, as the investment preference has become more defensive and conservative.”

The evolution of Equis continues after the Singapore-based group agreed Japan’s largest-ever biomass sale, in a deal said by sources to have an enterprise value of $1 billion.

The sale by Equis Asia Fund II of the 126.5MW portfolio forms part of a planned exit of assets from Equis’s various funds as the group shifts to becoming a pure-play developer. The $1 billion fund held a final close in 2015.

An Equis spokesman said: “Equis Funds Group is no longer investing from its funds and is currently in the process of exiting its remaining fund assets, after which the funds it was investing will be wound up and 100 percent of all future equity funding will be deployed through Equis Development.”

The firm will focus on the issuance of shares in Equis Development and expects to commit more than $2 billion to renewables and waste projects over the next two years.