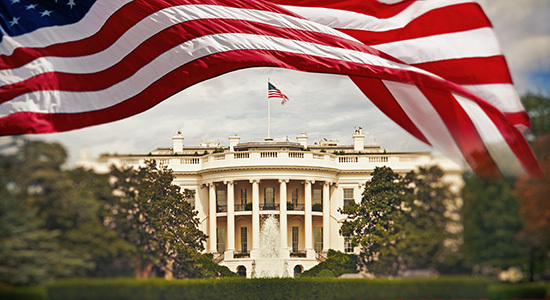 Is a bipartisan US infra plan dead?
Just when you think the road to a bipartisan US infrastructure plan is veering off a cliff, a new path opens. So, where are we now? President Joe Biden ended talks last week with West Virginia Senator Shelley Moore Capito over  new infrastructure spending. Biden wanted new spending of at least $1 trillion – Capito and her fellow Republicans pitched only about $300 million.

But as White House press secretary Jen Psaki aptly said: “This train is moving on several tracks”. One comes courtesy of the bipartisan House Problem Solvers Caucus, which released its own $1.25 trillion infrastructure plan, including $762 billion in new spending. The other arrives via a bipartisan group of 10 senators and, according to The New York Times, amounts to $1.2 trillion, including $579 billion in new funds. It’s still unclear how both plans would be paid for.

If all bipartisan efforts fail, the president can always unilaterally push his plan through via a legislative manoeuvre known as ‘budget reconciliation’. Watch this space.

Kings of Europe
Europe has just kicked off its search for its latest international football champions this summer, but Germany’s DWS has already taken the continent’s infrastructure crown following the €3 billion close of its Pan-European Infrastructure Fund III.

The Deutsche Bank affiliate, which launched the fund in 2019, closed on its hard-cap after originally targeting €2.5 billion. It is not only one of the largest infra fund closings this year, but the largest Europe-dedicated vehicle since Ardian closed its fifth infrastructure fund on €6.1 billion in March 2019.

The vehicle, which aims to generate a net IRR of about 10 percent, received commitments from 70 LPs across Germany, Italy, South Korea, Japan and the US. DWS said in a statement that just over €1 billion has been committed to deals in the energy services, biomethane production, cancer treatment and rolling stock sectors.

Drawing commitments from the European Investment Bank and the European Bank for Reconstruction and Development, among others, this is the fifth renewables fund for Taaleri and its second to target solar and wind assets.

According to the firm, the vehicle is investing in “a diversified portfolio of ready-to-build assets” in the Nordics and Baltics, Poland, Southeast Europe, Iberia and Texas.

Head of infrastructure Nigel Aitchison said the latest close on the fund, which is now past its €500 million target and still going strong, showed “investor appetite for Foresight’s sustainability-led strategies is continuing to grow”. Indeed.

Competing for the airwaves
The digital infrastructure fundraising boom continues, this time with two public placings in London demonstrating the broader appetite for the asset class outside private markets.

Also last week, Digital 9 Infrastructure raised £175 million, which was well above its initial target of £100 million. The firm said it had received interest well in excess of the upper £175 million figure “in light of [the firm’s] investment pipeline], with Digital 9 intending to use the extra capital raised to execute on more of those opportunities.

“It was a complicated password, I want to be clear on that. It was not a Colonial123-type password”

Antin adds Citigroup veteran
Antin Infrastructure Partners has appointed new senior partner Francisco Abularach, who will be joining the firm in London before relocating to its New York office next year.

Abularach, who was with Citigroup for over 25 years and was most recently global co-head of its infrastructure division, will be working alongside New-York based senior partner Kevin Genieser to “jointly lead investment efforts for Antin’s flagship funds,” the group said.

Antin chief executive Alain Rauscher highlighted Abularach’s infrastructure expertise as “unparalleled”, adding that his “extensive knowledge of the infrastructure landscape will be a major asset to enable us to continue leveraging exciting investment opportunities across infrastructure asset classes”.

The new appointment follows a string of recent hires by the firm in preparation for a new strategy targeting “next generation infrastructure”, including Nathalie Kosciusko-Morizet and Anand Jagannathan as senior partners based in New York and London respectively.

Garcia joins CBRE Global Investors from the Public Employees Retirement System of New Mexico, where he has served as chief investment officer since 2017. Prior to that, he was senior funds alpha manager for the State of Wisconsin Investment Board.

CBRE Global Investors’ CIO for private infrastructure strategies, Stephen Dowd, said in a statement: “Pension funds are increasingly interested in infrastructure due to the predictability of cashflows and non-cyclical characteristics of the assets. This new role underscores the strategic importance of infrastructure to our investors’ portfolios and our platform.”

Saudi Arabia’s Public Investment Fund has committed to invest up to $160 million, alongside a $90 million commitment from the Asian Infrastructure Investment Bank, in the Aberdeen Standard Investcorp Infrastructure Partners fund, which will invest in Gulf Cooperation Council states. A first close of between $200 million and $250 million is imminent, Sami Neffati, a managing partner of ASIIP, told The Pipeline.

It is a little over two years since Aberdeen Standard Investments and Bahrain-based private equity firm Investcorp launched a joint venture to invest in the region’s infrastructure, marking an expansion for both: a new geography for Aberdeen and a new sector for Investcorp. According to AIIB documents, ASIIP, which has a final target of $800 million, will invest in core, social and digital infrastructure, with ticket sizes ranging from $40 million to $120 million.

The fund has a 12-year lifecycle and a five-year investment period. 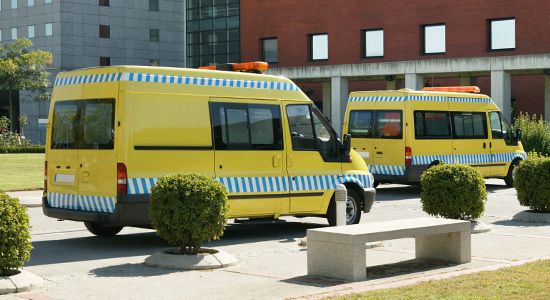 Ambulance chasing
Another day, another sub-sector. Thanks to Real Assets Investment Management, we can now introduce you to ‘healthcare transportation infrastructure’ – aka, ambulances – after the UK-based manager, which says it focuses on “strategic social infrastructure”, acquired Health Transportation Group in late May from ProA Capital and Investindustrial. The deal was worth up to €250 million, according to reports in the Spanish press. HTG operates in Spain, Portugal and the UK and is billed as “the leading healthcare transportation services provider in Spain and the second largest in Europe”, operating 2,800 ambulances and employing 7,000 people.

“Over the past year, the covid-19 pandemic has emphasised the importance of the healthcare transportation sector as a whole,” commented Roger Ammoun and Ram Kumar, co-managing partners of Real Assets IM.

Hard to disagree with.