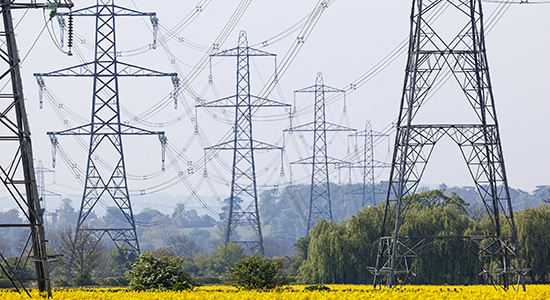 Despite Ofgem, WPD sale crowds-in big hitters
With an estimated value of £12 billion ($15.6 billion; €13.2 billion), the sale of Western Power Distribution could be one of the largest utilities transactions the UK has seen in 20 years. Roughly a month since its parent company – Pennsylvania-based PPL – said it was looking to sell its UK business to position itself as “a purely US-focused utility holding company”, some of infrastructure’s biggest ‘household’ names are said to be considering bids, according to a Bloomberg report. They include Brookfield, Ontario Teachers’ Pension Plan, Macquarie and Dalmore Capital. Brookfield did not respond to a request for comment; the other firms declined to comment.

PPL is also reaching out to the UK’s National Grid and other utilities to gauge their interest, Bloomberg said, noting that Spanish utility Iberdrola is already considering a bid. The reported wealth of interest comes against a backdrop of Ofgem’s tougher regulations and accusations it will fail to deliver the investment required for the UK to reach net zero by 2050.

Just goes to show, you can’t keep a good core asset down.

Meridiam eyes new fund to resolve Suez crisis
There’s a new Suez crisis at hand, although this time the French are just fighting among themselves as the fallout from Veolia’s rejected €2.9 billion bid for a minority stake in compatriot water firm Suez continues.

Veolia – which is eyeing a full takeover of Suez – had its bid for an initial 29.9 percent stake rejected by owner ENGIE. Interestingly, the rejected bid had also involved roping in Meridiam to buy Suez’s French water business, in an attempt to avoid antitrust issues. As Meridiam chief executive Thierry Déau told Les Echos, the French GP would have created a single-asset fund where “the main investor” would be domestic insurer CNP Assurances. The fund would then be 60-70 percent populated by French investors with the remaining LPs being European, he added.

Suez’s board, however, was unimpressed, branding the plan “vague, imprecise and does not seem to offer guarantees of reliability and credibility”.

Back to the drawing board, then.

London calling for new renewables fund
The London Collective Investment Vehicle is to follow the launch of its open-ended infrastructure fund with the establishment of a similar platform for renewables. The LCIV, which is comprised of the 32 London-based council pension funds, is developing a mandate for its LCIV 100% Renewable Infrastructure Fund, according to documents from the Kingston and Sutton Pension Fund, a member.

The renewables vehicle would primarily invest in the US, Europe and Asia, with a targeted net IRR of 7-10 percent. It would look to allocate up to 60 percent and 30 percent of its capital to construction and development projects, respectively.

The LCIV partnered with StepStone last year for its generalist infrastructure fund, which allocates up to 25 percent to renewables. That vehicle, however, has yet to receive widespread support from the 32 LCIV schemes. Indeed, another LCIV member, the Tower Hamlets pension fund, was critical that it did not allocate enough to renewables.

That’s a complaint that can’t be lodged against LCIV’s latest fund – but will that be enough to persuade the previously reluctant?

HIG snaps up Ardian MD for European infra
Miami-based private equity and alternatives firm HIG Capital has hired Andrew Liau to co-head its infrastructure team alongside managing director Ed Pallesen. Liau joins from French fund manager Ardian, where he served for nearly 12 years as senior managing director in the infrastructure team and led a number of core-plus investments, HIG Capital said. Based in London, Liau will have day-to-day responsibility for the infrastructure team’s activity in Europe, while Pallesen, who’s based in New York, will focus on the Americas.

Liau’s hire is part of a shift in HIG’s investment strategy to expand further into infrastructure, a shift the firm had announced in January, when it added two members to its capital formation teams in New York and London. According to a source, the firm will invest in transportation, telecoms and energy, but with a focus on the core-plus, value-added space.

PKA in hot water over offshore wind
AIP Management, the Danish investment firm partially owned by pension fund PKA, has found itself under the spotlight of the Danish Financial Supervisory Authority after a review of its risk management procedures.

The review focused on policies, business procedures and methods related to AIP’s renewable assets, with a focus on offshore wind sites. The FSA found that while risk areas were defined, its risk limits were not set and warned AIP might “not be able to adequately monitor and manage the identified risks” and “will not be able to react in time to an inappropriate development”. It also stated concerns that valuations of such assets have not reflected the risks involved. 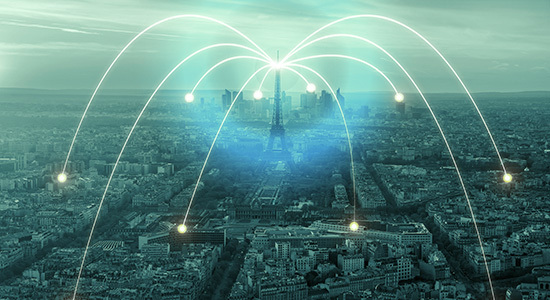 More than half of the €500 million raised has been provided by UBS, which will take an unspecified minority position in Altitude.

The Paris-based company plans to leverage the capital raise to invest more than €2.5 billion over the next three years to support Altitude’s own growth in scaling fibre developments throughout the French market. Operating through the recently acquired Kosc Telecom, Altitude tied the fibre internet buildout to keeping pandemic-related economic recovery momentum strong for French businesses and corporations.