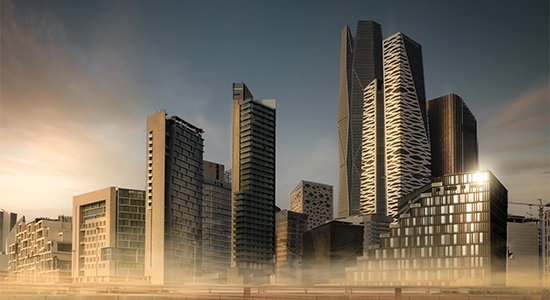 BlackRock to help set up $53bn Saudi infra fund
Saudi Arabia is launching a fund to invest around $53 billion in the kingdom’s infrastructure over the next decade and has hired BlackRock to help establish and operate the vehicle.

The National Infrastructure Fund will target investments in power, water, transport, telecoms, education and health. It will be operated by Saudi Arabia’s state-backed National Development Fund, which has $80 billion in AUM, alongside BlackRock.

“This is a long-term partnership to be able to build and operate a world-class development finance institution,” Yazeed Almubarak, head of BlackRock Saudi Arabia, told the Financial Times (paywall).

BlackRock, which opened an office in Saudi Arabia in 2019, will not commit capital to the NIF, but may invest alongside the fund as it seeks to crowd in private capital. NIF project director Abdullah Abobakr told Reuters the fund will deploy debt, equity and guarantees “to de-risk infrastructure investment opportunities for local and global investors”.

BlackRock has ambitious plans for the asset class, with infrastructure to play a key role in its aim to hit $100 billion of AUM by 2025.

“GP solutions, energy transition – these are all things where we have expertise,” Kleinman said, according to a transcript from the event. “We’re doing deals today out of existing pockets and would expect to see dedicated funds in those areas in due course.

“It’s really about where we see big market opportunities where we can either bring the Apollo expertise in places like GP solutions or acquire the expertise but bring in Apollo’s approach to it.”

Apollo is targeting up to $3.5 billion for its second Infrastructure Opportunities fund and $1 billion for its first impact fund. It is also investing its third Natural Resources Partners fund, which has raised $1.4 billion since launching in 2018 with a $4 billion target, according to affiliate title Private Equity International’s database.

The strategy is being led by Nick Cleary, partner at the firm’s New York office. Cleary has worked with the group on infrastructure debt since 2012, when Vantage was still part of Australia’s Hastings Fund Management, until the group’s international business was acquired by Northill Capital in 2018. The new debt vehicle is believed to be the first commingled fund launched by the business since the separation. Vantage declined to comment on the fundraising.

Vantage Infrastructure placed 18th in our debt ranking this year, having raised $1.6 billion between January 2015 and August 2020. This latest fund might well help boost that position.

SWIFTly back in market
It was just over 12 months ago that Paris-based SWEN Capital Partners closed Europe’s first renewable gas-focused fund – the SWEN Impact Fund for Transition (SWIFT) – on €175 million, exceeding its €120 million target. However, The Pipeline has learned that a return to market is being planned for the end of the year with a second vintage of the vehicle, this time targeting about €300 million, with a €450 million hard-cap.

The strategy targets methanation and renewable hydrogen, as well as gas and liquefied natural gas refuelling infrastructure for the shipping and ground transportation sectors. In October, it made its first hydrogen deal by investing in French green hydrogen producer Lhyfe.

With the group’s latest infrastructure fund of funds – SWEN Infra Multi-Select 4 – about halfway to its target, it is full (biomethane) steam ahead for SWEN.

Send us your submissions for the 2021 Global Awards
The 2021 Infrastructure Investor Global Awards have officially launched, and we are calling for submissions HERE to help us draw up the shortlists for the 65 categories we will open for voting. Submissions will be accepted until 19 November.

Now in its 13th edition, our Global Awards are the industry’s most prestigious honours. They are 100 percent editorially led and the only awards to be voted on by the industry. That means our shortlists are independently compiled and nominated by our editorial team – we don’t rely on judges’ panels.

We do, however, very much rely on your submissions to help us make informed decisions about the nominees we put forward for each category, so don’t miss your chance to share your milestones with us.

“Our new model is a win-win for nuclear in our country. Not only will we be able to encourage a greater diversity of private investment, but this will ultimately lower the cost of financing new nuclear power”

The UK’s business and energy secretary Kwasi Kwarteng hopes the use of the RAB model to finance nuclear power will woo private investors.

Green deployment ‘slower than expected’ for Macquarie
The changing shape of the renewable energy sector has been laid bare in documents published by the City of Westminster Pension Fund.

The pension committed €55 million to Macquarie Infrastructure and Real Assets’ Renewable Energy Fund 2 in December 2020, the GP’s first dedicated renewables fund since its takeover of the Green Investment Group. The vehicle closed on €1.6 billion in February.

As at the end of H1, most of the Westminster fund’s commitment is uncalled, with Macquarie – via Westminster’s Deloitte advisers – informing it that deployment has been “slower than expected”, mainly due to large oil and gas companies and big utilities moving into renewables investments in a significant way, thereby increasing competition.

The vehicle has reached the “late stages of over 30 transactions in which it was unsuccessful” since early 2020, the documents stated, as Macquarie’s “price discipline” meant it was unwilling to pay over the odds for assets. The fund’s near-term pipeline is apparently still “healthy” and includes 10 projects.

It seems what was once the domain of specialist investors and asset managers continues to become more mainstream. 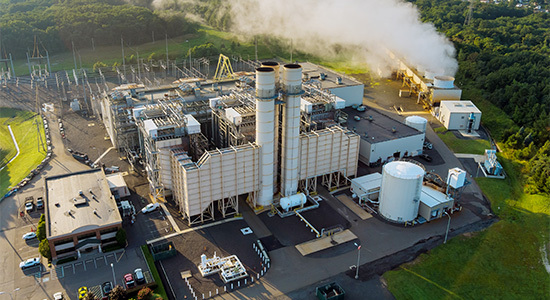 The acquisition – which consists of thermal infrastructure assets providing steam, water and electricity to US-based commercial enterprises, universities, hospitals and public sector customers – will be made through KKR’s open-end Diversified Core Infrastructure Fund.

Clearway Energy was acquired by GIP in 2018 in a $1.4 billion deal. It was then known as NRG Yield – the name was changed to Clearway Energy later that year.

In a statement calling Clearway Community Energy “a leading platform delivering critical utility services”, KKR partner James Cunningham said the firm was looking forward to investing in the business’s continued expansion, “in particular through the development of renewable and carbon-neutral alternatives to help building owners achieve their sustainability goals”.