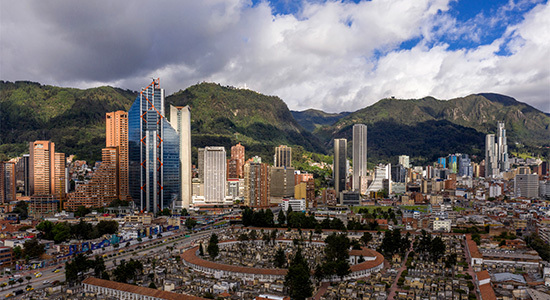 Diego Mora, BlackRock’s head of Colombia, Peru and Central America, stated that the “fund represents a very important step for the country” and that it plans to “continue supporting the financing of world-class infrastructure projects and thus contribute to the country’s economic reactivation”.

The fund will provide senior debt and operate solely within the transportation space in Colombia, financing public-private partnerships as instituted under the country’s National Infrastructure Agency’s PPP programme.

BlackRock’s first infra debt fund in Colombia closed in 2017 on $275 million, and its capital has been deployed towards the development of several highways, such as the Transversal del Sisga and the Autopista al Mar 1.

Biden’s crackdown on pipeline emissions
Last week saw announcements from multiple US federal agencies on their intentions to curb methane emissions and saw the Biden administration issue a warning to those in the midstream sector.

The Department of Transportation will do its part by beginning to enforce the 2020 PIPES Act. The law stipulates that operators must update the Pipeline and Hazardous Materials Safety Administration on distribution integrity management, emergency response plans, and operations and maintenance, while considering the environmental and human safety concerns regarding methane leak detection.

It will, the DoT stated, “ensure pipeline operators immediately begin to minimise their methane emissions across their pipeline systems”. The DoT plans a webinar with operators this month to “make clear the agency’s expectations for immediate action”.

The Department of Energy, similarly, will launch the Methane Reduction Infrastructure Initiative, which will provide funding to state, local, tribal and national government agencies for orphaned well clean-up efforts.

Is the party coming to an end for US emitters?

Quinbrook eyes partner for Nevada titan
It was described to Infrastructure Investor as “an incredibly attractive financing opportunity for both debt and equity” by Quinbrook Infrastructure Partners’ co-founder David Scaysbrook when the group was awarded the landmark solar-plus-storage project in Nevada in 2019, which comprises 690MW of solar capacity and 1,416MWh of storage, bound with a 25-year PPPA with NV Energy.

That opportunity is coming forth once again it seems, as Quinbrook is understood to have sent out teasers looking for partners to acquire a 49 percent stake in the project, dubbed Gemini, which has expected capital costs of $1.2 billion and is anticipated to reach financial close by the end of Q1.

The construction-ready project is set to be operational in November 2023 and will be one of the largest in US history, based in a state targeting 50 percent renewable electricity by 2030 and 100 percent by 2050. Quinbrook, it is believed, is eyeing bids “offering maximum value” for the stake.

“Now, PPPs will come back, but they will not come back in the shape or form we know them”

Bahl has been appointed as managing director at the firm, which was launched in September 2021 by the former co-heads of IFC’s global infra fund Darius Lilaoonwala and Viktor Kats.

Lilaoonwala and Kats, who left IFC in 2019 after two decades with the organisation, partnered with African Infrastructure Investment Managers, a subsidiary of Old Mutual, to launch Augment.

“We have a very strong network of relationships across emerging markets and with investors around the world,” Lilaoonwala told Infrastructure Investor at the time. “We took advantage of that to start this partnership with Old Mutual Group and AIIM in particular.”

Joining Bahl as managing director at Augment is Suhitha Reddy, who has been with IFC since 2013 and was most recently its global infrastructure fund’s senior investment manager. Familiar faces all round, then.

AussieSuper boosts London presence
AustralianSuper, the largest superannuation fund in Australia, has made a new hire in London: Giulio Leucci, formerly a senior adviser at Partners Group, has joined as a senior investment director focusing on European markets, according to a LinkedIn update.

The appointment is the latest in a series that has seen the superfund expand its international investment capabilities, following the appointment of Damian Moloney as head of investments, Europe, in 2018. In addition, among others in 2020, Philippe Lenoble joined as a senior investment director for infrastructure in London and Mikaël Limpalaër joined to lead the fund’s European teams in real estate and infrastructure debt.

Newly promoted head of private credit Nick Ward told us in 2021 that the fund wanted to further build out its debt teams in London and New York, with infrastructure an attractive proposition, while on the equity side, the fund partnered with APG and Global infrastructure Partners to acquire a 37.4 percent stake in Peel Ports last year. Presumably more such activity is in the pipeline. 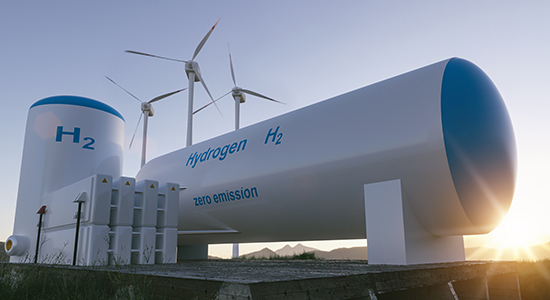 Catalina Phase I, which is in the advanced development stage, according to a statement, will comprise 1.7GW of wind and solar facilities and a 500MW electrolyser with the capacity to produce over 40,000 tons of green hydrogen annually. Connecting Aragón and Valencia via a pipeline green hydrogen will be transported to supply a newly built green ammonia plant with annual capacity of 200,000 tons, CIP said. Fertiberia will use the green ammonia to produce green and sustainable fertiliser. The hydrogen will also be used to decarbonise other industrial processes CIP added.

The second announcement, made two days later, entails CIP partnering with Hy2gen, an eFuels producer, and physical commodities trader Trafigura, to develop Iverson eFuels AS, a facility that will produce green ammonia as a fuel for the maritime sector.

Both investments will be funded through CIP’s Energy Transition Fund, which had raised €800 million at first close in June and has a €2.25 billion target.