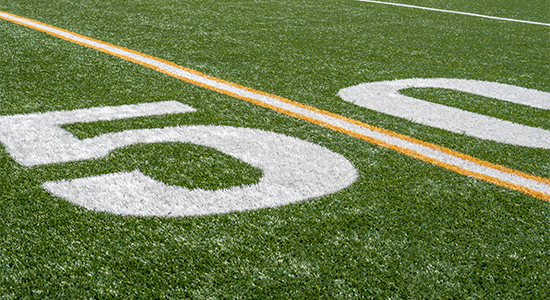 Blackstone over halfway to $40bn target
Blackstone has raised a further $6.7 billion for its flagship infrastructure fund, with the inflows all arriving in the fourth quarter of 2021, the firm revealed in its earnings release on Thursday.

The capital raising means that Blackstone Infrastructure Partners has now raised $23 billion, propelling the open-ended fund to over 50 percent of its initial $40 billion target. Blackstone reopened fundraising for the vehicle in the fourth quarter after more than 80 percent of the initial $14 billion raised had been committed. It’s a lightning fundraising round, with the four months taken compared to the two years Blackstone initially took to reach $14 billion in May 2019, inclusive of the $7 billion matching commitment by Saudi Arabia’s Public Investment Fund, which has also provided 50 percent of the latest fundraising. The Pipeline understands there are no plans to hold a formal interim closing this time around.

Blackstone has continued to deploy the funds, investing $3 billion in developer Invenergy Renewables, while also buying a 35 percent stake in Phoenix Towers International.

Launched in 2020, the fund – which largely focuses on brownfield infrastructure investments across the renewables, utilities and industrial sectors in developed markets – secured commitments from institutional investors across Europe, North America and Asia-Pacific. Almost half of those commitments have already been allocated to underlying investments, with two of those investments reported by The Korea Herald to have been in cold storage in North America and infrastructure for salmon farming in Europe.

Last year, BlackRock’s global head of real assets Anne Valentine Andrews told Infrastructure Investor this fund series had seen “explosive” growth as it helps LPs “understand the drivers of return and risk and add on what they don’t have”.

Prime Capital primed for new strategies in 2022
Prime Capital has set its sights on “new strategies that will combine the advantages of sustainability, as well as digital, social and renewable infrastructure in the mezzanine segment,” the Frankfurt-based firm’s chief executive Andreas Kalusche said in a statement announcing the close of its Prime Green Energy Infrastructure Fund on €586 million.

Since launching its infrastructure business in 2010, Prime Capital has focused solely on renewables. PGEIF, which Prime Capital began fundraising for in April 2019 targeting €500 million, is an Article 9 fund under the EU’s SFDR, leading to “high demand” from LPs, according to the statement.

The fund, which primarily targets large-scale onshore wind projects in the Nordics, has already secured three projects with a total capacity of 816MW: Björnberget and Stavro in Sweden, and Lappfjärd in Finland.

According to the statement, the fund will also invest in green hydrogen and other carbon-neutral energy sources. The firm declined to comment further on these plans.

The acquisition is expected to complete in Q2, contingent upon certain conditions, including the sale of R&M’s UK advisory, fiduciary management and derivatives business (UK Solutions) to Schroders for £230 million, announced last October. Its US Solutions business is also for sale, with R&M already in discussions with a potential buyer, according to the filing.

“In the 30 years I’ve been in this industry, it’s never been riskier. Some are cavalier about it, particularly 100 percent merchant exposure can be regarded in certain markets as cavalier.”

Watch out for that revolving door
PPPs could be in sight for Blackstone after it named Kurt Summers, the former city treasurer of Chicago, as its new head of public-private partnerships.

In a statement welcoming Summers, Sean Klimczak, global head of infrastructure at Blackstone, said: “[Summers’] extensive experience across the public and private sectors as well as his expertise in ESG will be invaluable to us and our investors. Blackstone Infrastructure remains dedicated to partnering with local and state governments.”

Summers was appointed as treasurer by former mayor Rahm Emmanuel in 2014 and served until the end of the latter’s term in 2019. Before working in politics, Summers worked at McKinsey & Co, Goldman Sachs and at Grosvenor Capital Management, where he served as the senior vice-president of the Emerging and Diverse Manager business, which invested exclusively in minority- and women-owned firms.

This will not be Summers’ first time working with Blackstone. Prior to his appointment, he served as a senior adviser to Blackstone on various investment opportunities, capital strategies and existing portfolio companies.

Macquarie at the double
Macquarie Asset Management has made an experienced hire in its fledgling infrastructure secondaries team with the addition of Bing Wong as senior vice-president, affiliate title Secondaries Investor reported.

Joining from Pantheon and based in New York, Wong will be responsible for sourcing, executing and monitoring GP-led and LP-led investments, moving from San Francisco to New York to take up the job. He will report to Wandy Hoh, who was hired last year to lead Macquarie’s secondaries efforts.

Meanwhile, Macquarie has also hired Rufus Parkes in London as a manager focused on fundraising. Parkes joins from his role as manager of institutional capital at Foresight Group and as Macquarie gears up to launch its latest European vintage, Macquarie European Infrastructure Fund 7. 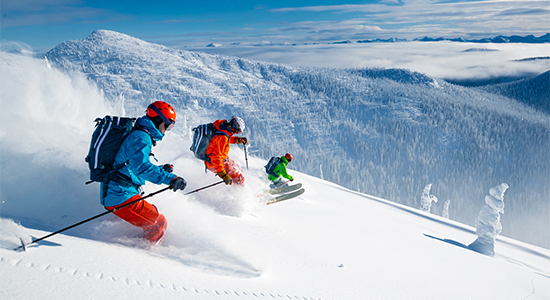 iCON slides in to ski resort
The 2022 Winter Olympics begin next Friday in Beijing. While this year’s edition will come too early, perhaps some of the moguls at iCON Infrastructure will be in the mix for medals in 2026, now that they have the perfect practice facility in their portfolio.

As infrastructure investments go, it is a bit off-piste, but with an avalanche of (dry) powder out in the market, perhaps this deal is a sign of the increasingly freestyle approach that investors are taking when it comes to traditional definitions of the asset class.