See you in Berlin?
The Infrastructure Investor Global Summit is back and when we say back, we mean full-fat back. From 21-24 March, we expect over 2,000 delegates to congregate – in person – in the halls of the Berlin Hilton, with hundreds of LPs as part of that mix. You will also be able to tune in remotely if you can’t make it in person.

But we hope you can. The world has changed dramatically since October, when we held the last edition of the Summit, and we’re looking forward to sitting down with you and discussing how we’ll move forward.

As always, we have some great speakers to help guide us. Legendary political scientist and author Francis Fukuyama will join us to discuss whether liberalism is obsolete. Nicole Perlroth, a member of the US’s Cybersecurity and Infrastructure Security Agency, will, you guessed it, tackle growing cybersecurity risks. And veteran investor Macky Tall, partner and chair of Carlyle’s Infrastructure Group, will set out his roadmap for the asset class.

Our editorial team will be there in force, so don’t miss a chance to connect with senior editor Bruno Alves, editor Kalliope Gourntis, Americas editor Zak Bentley and APAC reporter Tharshini Ashokan.

We hope to see you in Berlin!

DigitalBridge underlines the core in digital infra
Seasoned industry veterans might be taken aback at the idea of fibre broadband and data centres being considered core infrastructure, but DigitalBridge looks set to be the latest infrastructure GP to launch a longer-term core offering.

Speaking last week at its Q4 2021 earnings call, chief executive Marc Ganzi revealed a new core strategy is in the works and is “one of the most exciting strategies we’re launching”. Why? He highlighted the “strong and growing interest in longer duration, predictable return strategies”, explaining that LPs “simply can’t hit the return targets with generic fixed income strategies anymore”.

Ganzi added that he believes DigitalBridge is “uniquely positioned” to take advantage of the opportunities in this space. And having just breezed past a $6 billion target to raise $8.3 billion for its second digital infra fund, who can argue with him?

Pointing the way for sustainable PPPs
A major challenge for long-term owners of infrastructure assets is factoring in investment in sustainability improvements that may not have been part of the original business plan. This is especially true of more structurally difficult PPPs.

AMP Capital thinks it has found a solution, last week announcing the refinancing of the A$1.8 billion ($1.3 billion; €1.2 billion) debt facility for its Reliance Rail asset, in New South Wales, via a 21-year green sustainability-linked loan. Reliance Rail, owned by investors in the firm’s open-end Diversified Infrastructure Trust, owns and maintains a fleet of 78 passenger trains for the NSW Government.

The facility will allow Reliance Rail to pay lower debt margins if it meets certain sustainability requirements, including energy efficiency, water use and other measures, with DIT managing director Brad Williams arguing the unusual structure could “pave the way” for others in the sector to pursue similar initiatives.

Meanwhile, across the Tasman in New Zealand, Morrison & Co has done just that, securing a sustainability-linked refinancing of $183.2 million of debt held by its NZ Schools III PPP, established in 2017. The firm said it is the first such loan for school facilities in New Zealand.

A different kind of renewables investor
We’ve often heard renewables investing described as ‘vanilla’ but there’s nothing vanilla about the new private equity fund Finnish investment and advisory firm Korkia has launched. The vehicle will not invest in individual projects or platforms even, but in renewable energy project development companies, primarily in Europe.

“In our experience, investments in project development with a distributed project portfolio can generate over 10 percent [per annum] expected yields, compared to 5-8 percent in the construction and operation phases,” Korkia’s executive vice-president, asset management, Jussi Lilja, said in a statement.

What’s more, Lilja pointed out, is that the holding period in the project development phase is shorter – between two and three years, allowing for faster capital turnover than in the construction and operational stages.

Headquartered in Helsinki, the firm, which focuses on sustainable investments, has €700 million in assets under management and a deal pipeline of more than 4GW.

“Renewables are now a form of defence”

An investor at PEI’s Responsible Investment Forum: New York last week points to the energy security dimension, front of mind in the wake of Russia’s invasion of Ukraine.

During his tenure at GIC, where he served as head of infrastructure, North America and a member of the global infrastructure investment committee, Greenbaum also served as a director of US electric transmission company ITC Holdings, Genessee & Wyoming Railroad and the Red de Carreteras de Occidente toll road network in Mexico, EQT said.

Greenbaum will join EQT partners Daniel Pérez and Fabian Groene, who are part of the 10-member leadership team managing the new fund, a longer-hold vehicle that has a 25-year lifecycle and will invest in lower risk, lower return infrastructure assets. The vehicle has a target size of €5 billion.

OMERS credits its success to its investments in the core regulated and clean power spaces, which have seen increased investor demand and thus higher valuations. OMERS also credited its strong operational performance, particularly in its social infra-based assets, and the accretive financing activities employed across its portfolio. 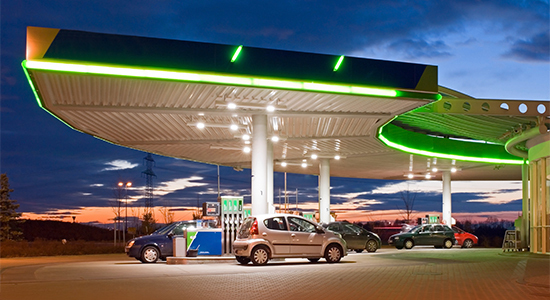 Macquarie sees the road to green transition
When Antin Infrastructure Partners paid £153 million ($204 million; €185 million) in September 2014 to acquire UK-based motorway service area company Roadchef, it was the essential retail services that were being toasted as a key reason for the investment, according to the company’s statement at the time.

How the world changes. Last week, Antin offloaded the group to Macquarie Asset Management, which has invested via its Macquarie European Infrastructure Fund 6. Top of the agenda for Macquarie is Roadchef’s “major role to play in facilitating the transition to net zero” through the development of EV charging infrastructure at its sites, according to Gordon Parsons, the group’s senior managing director.

While the deal was undisclosed, Sky News reported it to be valued at about £900 million. That would certainly be some faith in the EV and charging infrastructure roll-out.

The net proceeds from the deal will be put towards further strengthening the company’s network and is also expected to provide partial liquidity to other investors.

The St Louis-based company boasts a customer base spanning the private and public sectors and has 40 data centres spanning 20 markets across the US, as well as eight multi-tenant cloud pods connected by a coast-to-coast network.