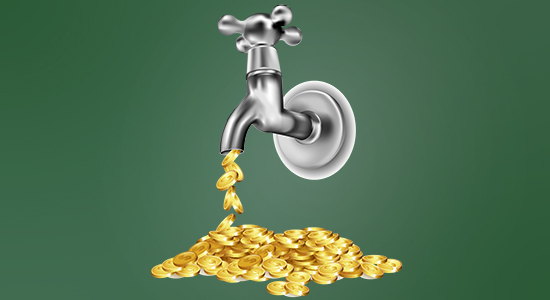 The $50bn club
Maybe they didn’t like reading our December weekly stating the infrastructure mega-fund stopped being the sole proviso of Brookfield Asset Management and Global Infrastructure Partners, but this month Bloomberg has reported that the two blue-chip managers are back in market with their fifth flagship funds, seeking $25 billion each.

Of the two, Brookfield’s seems to be the more advanced, with Bloomberg reporting the manager “has already begun marketing the fund”. GIP appears to be at a slightly earlier stage, with a final decision yet to be made on the vehicle’s final size. Traditionally, GIP’s funds have raised a bit more money than Brookfield’s, with the US manager’s fourth vehicle raising $22 billion to the Canadian GP’s $20 billion Fund IV.

Targets, of course, are somewhat indicative these days. And with hard-caps akin to the targets of old, expect the playoffs for the title of infrastructure’s largest closed-end fund to take place in the obligatory hard-cap extension phase.

Trent Vichie makes comeback with EverWind Fuels
Speaking of comebacks, after helping to build Stonepeak over the course of a decade into an infrastructure investment firm that currently manages over $39 billion in assets, Trent Vichie has launched EverWind Fuels, a company focusing on the production, storage and infrastructure related to green hydrogen and ammonia. Last week, the company signed its first deal with NuStar Energy, agreeing to pay $60 million for the Point Tupper Fuels Storage facility in Nova Scotia.

“With Point Tupper’s existing deep-water ice-free berth, rail access, and [7.8 million-barrel] storage facility, EverWind Fuels has the necessary infrastructure in place to develop a green hydrogen facility with flexible options to deliver this fuel to worldwide markets,” EverWind Fuels states on its website.

It also says its executive team “have previously held CEO and C-Suite positions [and that] the team’s prior investment experience totals more than $30 billion over the last 20 years”. It does not, however, name those executives. Vichie declined to comment through a spokesperson.

The fund, which has a target of €1 billion, secured several re-ups from investors in SCIF I and II as well as a number of new investors, abrdn said in a statement, with commitments coming from investors in the UK, continental Europe, Japan and North America.

A final close is expected during Q4 after further closes over the course of this year.

The fund aims to build a diversified portfolio of eight to 12 direct investments in mid-market core and core-plus European infrastructure assets in the utilities, energy, transportation and digital sectors. It is aiming for a net return of 8-10 percent, with an annual yield of 4-5 percent. Performance fees will be charged at 10 percent on carried interest over a 7 percent hurdle, according to a document shared by abrdn with potential investors.

Tiger roars towards March final close
Tiger Infrastructure Partners is a month away from closing its third infrastructure fund, eyeing a $1.2 billion hard-cap, according to documents released last week by the Connecticut Retirement Plans and Trust Funds, which has approved a $100 million commitment to the vehicle.

While gross return targets are set at a bulky 20 percent, Tiger’s two previous funds are generating a collective net IRR of 16.8 percent and a net multiple of 1.8x, the documents added. The fund invests in North America and Europe across the transport, energy transition and communications sectors.

Private capital levers up for digital infra
Macquarie Asset Management, by nature of being the world’s largest infrastructure funds manager (according to the latest II 100 ranking), has a hand in many pots. In a webinar last week, the firm made clear that one of these pots would be the growing digital infra space.

Amidst an “unprecedented amount” of delistings in the space from the public markets, Moldan added that a significant trend noted in the last 12-24 months has been “the cost of capital disparity we’re seeing in the US between listed and private markets”, particularly with the leverage available to private capital, with “listed capital more hesitant to evolve and take advantage of this leverage”.

Not all debt is bad debt… right?

“We had differing views on how to achieve this success on several matters, including I Squared Capital’s compensation structure”

A spokesperson for I Squared Capital lays bare the reasons for the exit of Tom Murray, its managing director for infrastructure credit

In a statement, the firm said Stig Pastwa, who joined CIP as partner and CFO in 2019, will take on the role of COO where he will oversee operational aspects of the fund management platform, including strategy, public affairs, communication, legal, compliance, ESG and people.

The manager also announced Bo Foged is set to join CIP as a partner and the firm’s new CFO, taking over responsibility for finance, tax, IT, treasury, risk, fund performance and financial modelling. Most recently the chief executive of Danish public pension fund ATP, and previously chief executive and CFO at BankInvest, Foged is expected to join the firm by the end of June.

The reshuffle comes on the heels of CIP’s appointment of new partner Nischal Agarwal who left Macquarie for the Danish firm in December, after more than 13 years with the Australian manager.

No forgiveness for born-again GPs
With energy transition funds all the rage, it’s no surprise that even those GPs previously operating primarily in the oil and gas space have woken up and smelt the flaring. Such managers have been successful in raising capital, think EnCap Investments raising $1.2 billion for its EnCap Energy Transition Fund I in May for one.

Not all LPs will be so welcoming, though.

Multiple sources have told The Pipeline that a significant bucket of LPs, primarily in Europe, will shun managers whose past lies significantly in the fossil fuel space, with the investors keen not to have any association with such names, despite the offering of a cleaner energy future.

When asked by The Pipeline if there’s no room for repentance in this world, one source flatly replied “no”.

That’s that sorted, then. 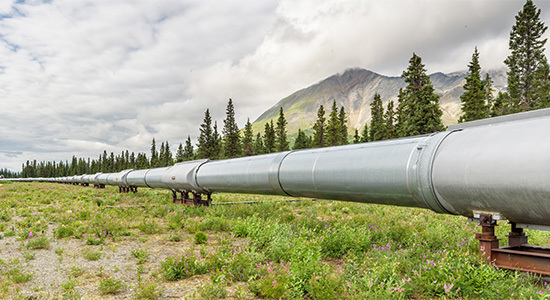 Hope Gas is located in West Virginia and serves over 111,000 customers with its collective 5,200 miles of pipelines. Ullico plans to integrate these pipelines, and indeed Hope Gas itself, into Hearthstone Utilities, an existing local distribution company that owns and operates six local distribution companies across the United States. Hope Gas would be a crucial acquisition for the firm – not only in terms of geographic diversification, but also in establishing large-scale presence and critical importance in the market. For these reasons, Hearthstone will move its headquarters to West Virginia.

Hope Gas was described as “an ideal addition to our Hearthstone platform” by Sonia Axter, Ullico’s head of asset management, in a statement. Bob Blue, Dominion’s chief executive, agreed and called it a “valuable business” in its Q4 2021 earnings call, although also said it “is relatively a small stand-alone operation” in the regulated gas world.