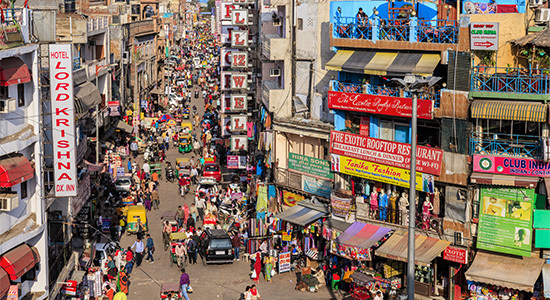 Brookfield, Digital Realty target Indian data centres
Much digital ink has been spilled by us covering the red-hot digital infrastructure sector, and it appears we’re not in a position to stop anytime soon. A case in point? Brookfield Infrastructure and Digital Realty’s new 50:50 joint venture targeting India’s nascent data-centre market.

BAM Digital Realty, as the JV is known, will focus on the development of sustainable data centres across several Indian cities to support global hyperscale service providers as well as international and local enterprises.

It’s not the first time the two partners have linked up. Ascenty, their Latin American platform, is responsible for the development of more than 250MW of IT load capacity in Brazil, Chile and Mexico.

The new Indian platform is sure to boost Brookfield’s digital infra portfolio, which includes $23 billion in assets across data transmission, distribution and storage.

Spanish renewables attracts first-timers
The ever-growing demand for renewables from investors last week attracted two new entrants eager for a slice of the pie. Iberian real estate manager Dunas Capital is set to more than just dip its toes in after it launched Dunas Clean Energy I, a €500 million fund focused on Spanish solar. Equally ambitious is its capacity target of 1GW, though the fund is already seeded with 400MW of assets.

Also eyeing a 1GW Spanish portfolio is Mapfre, Spain’s largest insurer, which made its infra debut in September with the launch of a €200 million fund with Macquarie. The firm has now launched and owns 80 percent of a co-investment vehicle with Spanish utility Iberdrola, which is seeded with 230MW of solar and wind.

It seems a long time since Spanish renewables were infra’s persona non grata.

Fed-up with vanilla renewables? There’s a dev-stage fund for that
Recently, we wrote about LPs being “quite fed-up” with bread-and-butter renewables generation projects and the vehicles that house them. Well, Segue Sustainable Infrastructure’s new fund – which focuses on providing development capital to US renewable generation and energy storage projects – is here to alleviate their ennui.

Backed by an initial commitment of more than $100 million from NGP Energy Technology Partners III and management, the new vehicle is ready to invest primarily in utility-scale and community solar, though commercial and industrial projects are in the picture too. Segue is the brainchild of solar veterans David Riester and Joseph Song, who between them helped develop and finance more than 8GW of projects in firms such as Cypress Creek Renewables and SunEdison.

“Significant value is created during the development phase of a project,” Riester said. “Yet the market for capital willing to support this value-rich phase of the lifecycle is thin, erratic, and opaque.” Song added: “We know development is messy: essentially a couple years of troubleshooting and course-correcting followed by monetising the cleaned-up asset as best you can. We like to navigate these choppy waters together with the development partners we back.”

If that doesn’t quicken LP pulses, we don’t know what will.

Deadline approaching for II 100 submissions
As you know, we are repositioning our flagship ranking of the world’s 50 largest equity GPs for this decade, which is why this year we’ve decided to upsize it to the Infrastructure Investor 100, adding another 50 GPs to our list. The clock is ticking to get in front of our research and analytics team, so email your submissions to Tom Zimmermann (tom.z@peimedia.com) by 30 July. You can download the submissions form and full methodology here.

The consortium of IFM Investors, QSuper and Global Infrastructure Partners vying for Sydney Airport expresses its disappointment at its rejected bid

Come on over, Valerie
BlackRock Real Assets has bolstered its presence in Asia with the appointment of Valerie Speth – formerly renewables developer juwi’s APAC chief executive – as a managing director in its renewable power team. In the newly created role, Speth will lead investment and portfolio management in the region for BlackRock’s Global Renewable Power series and opportunities for the Climate Finance Partnership, a BlackRock-managed blended finance fund that recently held a $250 million first close.

BlackRock’s global head of real assets Anne Valentine Andrews hailed Speth’s “deep development background”. She told The Pipeline that expansion in the region is a “strategic priority” for the unit, which did not have a single infra professional in 2016.

QIC’s debt expansion
Evan Nahnsen, who was a principal within AMP Capital’s infra debt team for nearly six years, has joined QIC as head of private debt, infrastructure. Based in New York, he will report to Andrew Jones, who joined from AMP Capital in February to lead QIC’s new private credit strategy from Sydney.

According to a statement, Nahnsen will be responsible “for leading a global investment team, initially located in New York and London”, focusing on subordinated debt.

Lindsay Scully, who is also joining the infra debt team in New York as a principal, “will be responsible for the origination of investment opportunities in the North American market”, QIC said. Scully joins from Crédit Agricole, where she was a director in the bank’s energy and infrastructure group.

According to GPIF’s recent report on its portfolio holdings for the end of the 2020 fiscal year, the public pension’s infra investments – which include commitments to funds managed by US firm StepStone and London-based Pantheon – represent almost 55 percent of its $12.2 billion alternatives portfolio. The remainder is allocated to real estate ($4.9 billion) and private equity ($554 million).

With more than $1.69 trillion in assets under management and only 1.6 percent of its AUM allocated to alternatives, GPIF’s infra allocation now represents almost 0.4 percent of its total investment portfolio.

It’s yet another vote of confidence in the asset class from a leading investor. 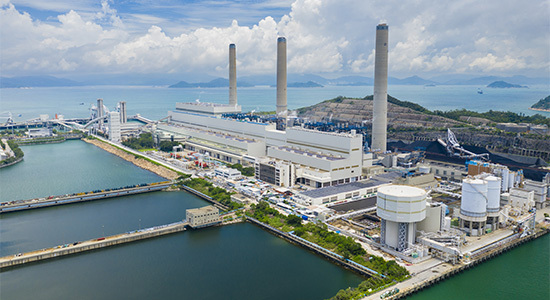 Full steam ahead for EQT
Our Deep Dive in March on the challenges facing waste-to-energy highlighted, among other issues, the importance of picking the right partners. EQT will certainly believe it has done so after it agreed a $5.3 billion take-private of New Jersey-headquartered Covanta, a waste-to-energy developer that has previously partnered with, among others, Macquarie’s Green Investment Group.

It’s been a remarkable month for the EQT Infrastructure V fund. In June, it made a take-private bid for Spanish developer Solarpack, before following it up this month with a similar move for Cypress Creek Renewables. Ten days ago, the fund took a slightly different approach, acquiring German Meine Radiologie and Blikk. It said in a statement that the whole summer spending spree had taken the fund to 50-55 percent deployed.

No airport, no problem
Paris-based TotalEnergies has agreed to a $750 million deal with Global Infrastructure Partners involving the downstream facilities of the former’s Gladstone LNG Project in Australia. The deal will see GIP Australia receive a throughput-based tolling fee calculated on TotalEnergies’ share of gas processed through the Gladstone facilities over 15 years.

According to TotalEnergies chief financial officer Jean-Pierre Sbraire, the monetisation of Gladstone’s downstream facilities – which mainly consists of a roughly 400km natural gas pipeline and a two-train, 7.8 million tonnes per year gas liquefication plant – will help the energy company focus more of its capital on its core production assets.

For GIP Australia, it’s presumably a minor deal when compared with the Sydney Airport battle.