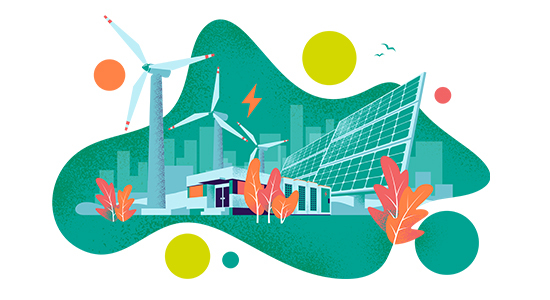 Brookfield set for $15bn Global Transition close
Brookfield Asset Management is set to cap off a rapid $15 billion fundraise next March, when it expects to close its Global Transition Fund, according to chief executive Bruce Flatt, who revealed the upcoming final close in conversation with Alex Blostein, managing director for equity research at Goldman Sachs.

Launched in February, the fund reached a $7 billion initial close in July, when Brookfield said the vehicle had a hard-cap of $12.5 billion. However, Flatt said it now expects to sail past this to reach a final close “upwards of $15 billion” in March, adding that “it could have been more” but was capped by Brookfield.

The fund is co-led by former Bank of England governor Mark Carney, whom Flatt credits for honing the strategy. “When we started out, it wasn’t exactly what it is today. But today, we know exactly what we’re doing,” he explained.

So, what is it? Half the fund will be for the buildout of renewables for industrial customers, although Flatt added “this is not just about green investing. It’s about funding that transition. And there are 50 shades of green”.

Now that’s quite a picture.

KGAL hits €260m first close for ESPF 5
German asset manager KGAL‘s fifth European renewable energy fund has reached a first close at more than 50 percent of its original €500 million target, with about 20 percent of this capital to be invested before the new year.

Enhanced Sustainable Power Fund 5 was launched this year as the fifth in a series of renewables funds. In 2016, ESPF4 was launched with a target of €500 million, and closed with an increased hard-cap of €750 million. Its first three sustainable power funds, active from 2003 to 2015, raised $1.6 billion. The vehicle targets returns of between 7 percent and 9 percent and is the first in the series to be labelled as an impact fund.

“The impact status of ESPF 5 is a real game changer,” Christian Schulte Eistrup, head of KGAL’s international institutional business, said in a statement. “In contrast, the number of corresponding products is still very limited.”

In a document shared by the firm with potential investors, the manager said the 10-year fund – which follows earlier iterations SL Capital Infrastructure Fund I and II – has a target size of €1 billion, and will invest in European mid-market, core and core-plus infrastructure assets. Aiming to deliver a net return of 8 percent to 10 percent, with an annual yield of 4 percent to 5 percent, the fund will focus on the energy, utilities, transport and digital sectors. Performance fees are charged at 10 percent on carried interest over a 7 percent hurdle.

SLCI II, which closed on €819 million in December 2020, has so far committed €669 million across seven investments in Finland, Germany, Poland and the UK. Covering district heating, liquid bulk storage, solar, rolling stock and fibre broadband, the vehicle is generating a net 6.6 percent IRR, with its predecessor generating 8.4 percent.

Aussie regulator gives reluctant waiver to Sydney Airport bid
Earlier this year, Rod Sims, chair of the Australian Competition and Consumer Commission, had airports front of mind when he said: “[Many] of Australia’s key economic assets have been privatised without regulation, and often with rules designed to prevent them ever facing competition. This makes us all poorer.”

Just how little threat there is from regulators has been laid bare in the ACCC’s decision last week not to take action over the proposed IFM Investors-led A$23.6 billion ($17.5 billion; €15.1 billion) takeover of Sydney Airport, which it was investigating thanks to IFM’s ownership stakes in multiple Australian airports.

Explaining its decision not to act, Sims said in a statement that the monitoring regime is so lax that it does not constrain airports’ pricing decisions, despite their effective monopoly status: “The proposed acquisition is therefore unlikely to substantially lessen competition in a market that already has such little competition.”

Admissions of defeat don’t come much clearer than that.

Voting will remain open until Friday 14 January. A quick recap of the ground rules:

“Admitting this reality will be far easier than dealing with energy insecurity, rampant inflation and social unrest as the prices become intolerably high, and seeing net-zero commitments by countries start to unravel”

Amin Nasser, chief executive of Saudi Aramco, places his faith in the future of fossil fuels as he worries about the consequences of the energy transition.

Two leave SUSI, one lands at Macquarie
SUSI Partners, the Swiss firm that focuses on the energy transition, lost two team members at the end of November. Matteo Zanni, who was a director in SUSI’s investment team, assumed the role of senior vice-president at Macquarie’s Green Investment Group last week, where it is believed he will focus on leading the firm’s energy storage efforts in EMEA. Macquarie declined to comment on the appointment.

The second departure from SUSI was that of managing director, renewable energy, Francisco Feito. Both he and Zanni had joined SUSI in 2017, though Feito joined in February and Zanni in August of that year. Feito was hired from BlackRock’s energy and infrastructure team to head SUSI’s renewable energy investment unit, as Infrastructure Investor reported at the time. It is unclear where Feito is moving to. 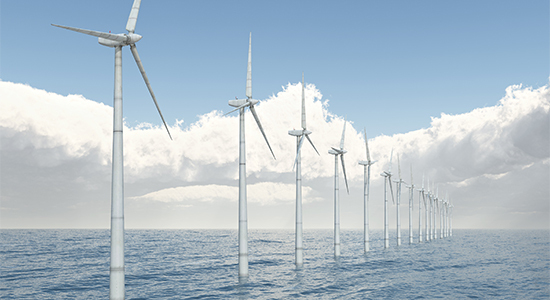 Allianz makes maiden voyage in offshore wind
Allianz Capital Partners’ first move into offshore wind farms is set to be a big one. Last week, the firm announced its plans to acquire a 25.2 percent stake in the Hollandse Kust Zuid offshore wind farm – a facility which, once fully operational, will be the largest such site in the world.

Allianz is to buy its shares from German chemical company BASF. The acquisition, which is expected to close in Q1 2022, will mark the firm’s first renewables equity investment both in offshore wind and in the Netherlands.

Construction work has already started and is expected to wrap up in 2023. Once completed, it should have a total installed capacity of 1.5GW of power, most of which will be guaranteed to BASF in a long-term fixed-price corporate power-purchasing agreement. The current largest offshore wind farm in the world is the 1.2GW Hornsea 1, owned by Orsted and Global Infrastructure Partners. Quite the splash for Allianz, then.

Domus Social Housing will provide supported housing for vulnerable residents through long-term leases with regulated housing providers. It will initially own 50 properties providing housing to roughly 1,000 residents across England. The firm also has a long-term arrangement in place with UK social housing investor and manager HSPG to support the new vehicle.

Fiera president Alina Osorio said the firm would continue to expand the platform and acquire additional housing in areas experiencing housing supply shortages. HSPG chief operating officer David Searle added that the platform will house “some of the most vulnerable members of our society, including those at risk of domestic violence and homelessness”.