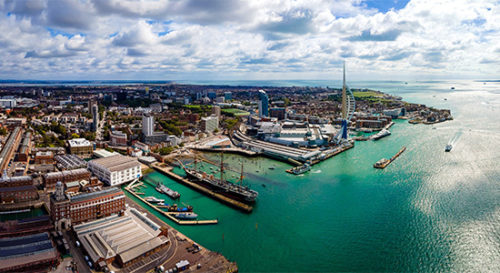 Brookfield calls off PD Ports sale
Brookfield has cancelled the sale of its PD Ports business, choosing to retain the company after putting it up for auction during the summer.

Previously reported by the Financial Times to have attracted interest from South Tees Development Corporation, UK port operator Peel Ports and Macquarie Asset Management, the firm had been looking to sell the business for about £2 billion ($2.7 billion; €2.4 billion). However, the desired price seemed unlikely to be achieved, with the FT reporting that the STDC – which is involved in a lawsuit with PD Ports – was unwilling to consider bidding beyond £1.1 billion to £1.4 billion. STDC is a public sector body led by Tees Valley mayor Ben Houchen, who is considered a rising star in the ruling Conservative Party and an ally of Prime Minister Boris Johnson.

According to the FT, Brookfield, which has owned PD Ports since 2009, has since had a change of heart and opted to hold on to the business. Highlighting PD Ports’ “exceptional long-term growth prospects” a spokesperson for the firm said: “The recent process has strengthened our conviction in the business, and we have made the decision to remain invested in PD Ports rather than sell the asset.”

Is this another continuation fund in the offing?

Northleaf joins the core infra party
Just a few months after Northleaf closed its Northleaf Infrastructure Capital Partners III on $1.4 billion in July, slightly above its original $1.25 billion target, the firm announced it has raised another $800 million for a new infrastructure vehicle.

The Toronto-based fund manager said it has partnered with new and existing investors to launch Northleaf Essential Infrastructure Fund. Unlike NICP III, it will be an open-end fund that will invest in mid-market assets with “long-term cash flows and lower risk profiles” than those from the firm’s traditional fund series, according to a statement. NEIF will seek to build a diversified portfolio in terms of geography and sub-sector, but the focus will be on contracted and regulated assets.

Northleaf is  the latest addition to the core, open-end approach after Morrison & Co reached a first close of $3 billion for its own such vehicle last week. EQT is also expected to launch a similar fund soon.

Looks like infrastructure is finally getting that long-term approach it has craved.

ICG’s maiden fund nears target
London-listed asset manager Intermediate Capital Group is edging closer to the €1 billion target for its debut infrastructure fund, after it revealed in its interim results last week that $723 million has been raised for Infrastructure Equity I.

The vehicle, which was launched in late 2019, is raising funds in euros, but discloses the amount raised in US dollars. Its first deal came before the fund was launched, when it bought a stake in Océinde Group, a fibre broadband provider in the French department of Réunion, in February 2019. It made a second deal in December 2020, investing in German fibre-to-the-home provider TNG.

With $185 million raised by ICG for the fund since April, it looks like the slow-but-steady approach for a first-time fund may well pay off.

UK’s infra investment mismatch
Are infrastructure investors deploying capital in the right assets that countries need most? That’s an oft-asked question and UK pension pool GLIL Infrastructure set out to ask local government leaders about the assets in which investment is needed the most.

The result? Well, perhaps not even infrastructure, with 37 percent of respondents listing residential housing and 29 percent listing affordable housing. When it came to definitive infrastructure assets, airports – not exactly the type of asset currently in favour – were the joint third-highest priority, according to 27 percent of leaders, alongside EV charging and utilities.

The assets most in favour by GPs – renewables and digital infrastructure – were only listed by 22 percent of respondents as the assets for which there was the greatest need.

It seems building back better may not be trickling down to the local government agenda just yet.

“As Americans prepare to hit the highways and airports this Thanksgiving holiday, CISA and the FBI are reminding critical infrastructure partners that malicious cyber actors aren’t making the same holiday plans as you”

Climate risk integration among investors falls short
A survey by Macquarie Asset Management has revealed the majority of institutional investors face challenges integrating climate risks into their portfolios, despite climate change being their priority ESG issue.

According to the firm’s 2021 ESG Survey Report, which canvassed opinions from 180 institutional real assets investors globally, climate change was the primary ESG concern for more than half of those surveyed. However, as much as 46 percent do not address physical and transition climate risks in their investment portfolios. In addition, only 35 percent of those surveyed have committed to aligning their portfolios with reaching net zero by 2050.

On a more positive note, most of those surveyed did say their approach to allocating capital to products that integrated sustainability practices had evolved since Macquarie last conducted the survey in 2019. With 59 percent of firms now having a dedicated ESG function, compared with 47 percent two years ago, and a large majority of respondents now of the view that a strong sustainability strategy can improve financial returns, it’s certainly a case of better late than never. 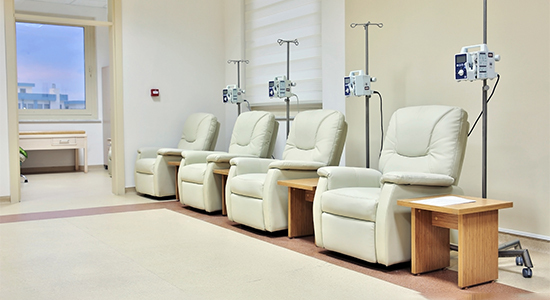 DWS goes to the doctors
DWS raised the largest fund focused on Europe when it closed its third vehicle on €3 billion this year. It is now spending it, with the latest acquisition being German radiotherapy provider RadioOnkologieNetzwerk (RON), in partnership with founders Dr Sandra Röddiger and Dr Ralf Kurek. RON is active across 17 sites in five states in Germany.

The plan is for RON to join forces with Medipass, another provider of cancer care and advanced diagnostic imaging services in Italy and the UK, which DWS bought last November. Together, they will form the basis of what DWS is calling a “leading pan-European oncology platform”. Expansion will come via the acquisition of new clinics and organic growth through new outsourcing contracts with hospitals, in existing and new countries, such as France, Austria and Switzerland.

Hamish Mackenzie, DWS’s head of infrastructure, said he is looking forward to “providing an increasing number of patients with these essential high quality cancer care services across the continent”.

Although this one is rather unconventional, it seems like a growing number of managers are finding that essential healthcare is indeed essentially infrastructure.

Apex has an installed capacity of 92MW over 530 French rooftop and ground mounted sites, as well as a pipeline of 2.2GW. The investment in the company will be made via the firm’s Green Investment Group Renewable Energy Fund 2.

This is the third investment for the fund, which is Macquarie’s first dedicated renewables vehicle since its takeover of GIG. Documents published in October by the City of Westminster Pension Fund – which committed €55 million to the vehicle in December 2020 – revealed that much of the pension’s commitment was uncalled as of the end of H1. Macquarie cited increasing competition in the renewables space as the main reason deployment had been “slower than expected”.

Subscribe now and get The Pipeline delivered to your inbox each week. To find out how, email our team: subscriptions@peimedia.com.