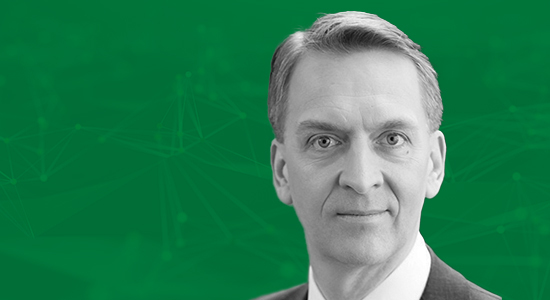 Will Brookfield do it again?
When Brookfield Asset Management closed its fourth flagship infrastructure fund on $20 billion in early 2020 – now 70 percent invested or committed – it became the largest vehicle it had ever raised in any asset class. Well, the Canadian manager might pull the same trick again, as it readies the launch of its fifth flagship infra fund later this year or in early 2022, chief executive Bruce Flatt told shareholders in his Q2 letter.

Flatt stated Brookfield’s “goal is to grow each of our flagship funds over time to be in excess of $25 billion”.

While the market waits with bated breath, here’s a powerful tip from Flatt: repowering pays off. Brookfield is currently engaged in the world’s largest repowering project at the 845MW Shepherds Flat wind farm, in Oregon. The 24-month, $600 million endeavour “will require no additional equity from us”, Flatt said, while boosting production by 25 percent annually.

“All told, this project should generate mid-to-high teen returns on our investment – much higher than where this project would sell in the open market when completed,” Flatt explained.

PPPs paid by the few, not the many
Did you hear the one about the means-tested public-private partnership? It’s likely you hadn’t until wading through the fine print of the US Infrastructure Investment and Jobs Act, which contains a rather unique condition for PPPs wanting to access up to $100 million in technical assistance grants.

“Any project carried out under the agreement or lease, shall not be shifted to any taxpayer the annual household income of whom is less than $400,000 per year, including through taxes, user fees, tolls, or any other measure, for use of an approved infrastructure asset,” the bill states.

“I don’t know of any governmental infrastructure project capable of passing this test,” remarked DJ Gribbin on LinkedIn, a former special adviser on infrastructure to President Donald Trump, founder of advisory group Madrus and an operating partner at Stonepeak Infrastructure Partners.

Time to get creative, then.

Managed by OP Asset Management, the fund, which is targeting €300 million, aims to keep ownership of the country’s infrastructure “in domestic hands”. It is focused on Finland’s energy, renewables, utilities, transportation and digital infrastructure sectors.

According to OP Corporate Bank head of asset management Tuomas Virtala, strong market demand for a “genuinely long-term fund” which ensures Finnish ownership of the country’s infrastructure means the vehicle is appealing to “investors and infrastructure operators alike”. The fund has made its first investment by way of a joint venture with energy company Napapiirin Energia ja Vesi.

“Maintenance and development of infrastructure will require considerable capital investments as the energy transition and digitalisation unfold. Our vision is to be the preferred partner for infrastructure operators in Finland,” Virtala added.

UK Climate Investments owns 33 percent of the new entity, while Investec Bank and Eskom Pension and Provident Fund own 43 and 23 percent, respectively. The remaining 1 percent is held by Revego Fund Managers, a majority black-owned firm that will manage the vehicle.

Revego Africa Energy will acquire equity stakes in operational projects. It is being seeded with six assets – two solar and four wind farms – with a combined installed capacity of 605MW.

“Despite having some of the world’s best renewable energy sources, almost 600 million people in sub-Saharan Africa live without electricity,” UK Climate Investments noted. While the yieldco will invest “across the region”, it will focus on South Africa, a GIG spokeswoman told The Pipeline.

Given 94.3 percent of South Africans had access to electricity in 2019, according to the International Energy Agency, we’re wondering whether Revego won’t have to widen its focus if it really wants to help connect those 600 million…

“I have generally found most ‘gatekeepers’ woefully under-researched in private capital solutions including renewable energy and related ‘energy transition infrastructure’.”

Quinbrook Infrastructure Partners David Scaysbrook urges LPs to ramp up their allocations to energy transition infra in the wake of the UN’s IPCC report (read our take on it here).

Three heads better than two?
When we interviewed InfraRed Capital Partners chief executive Werner von Guionneau last year, he said the firm “needed to have a very strong base in North America” if it were to capitalise on opportunities, after InfraRed’s acquisition by Canadian financial services group Sun Life.

Well, it certainly seems to be doing that, with the appointment of New York-based Jack Paris – formerly co-head of power, utilities and renewables at Citigroup – as its head of Americas, a newly created position, it said in a statement.

So, what of Daniel Sausmikat and Filip Guz, currently co-heads of Americas? The duo will continue in their roles reporting to Paris, who, in turn, will report to Harry Seekings, InfraRed’s head of infrastructure. A spokesperson explained that an additional head was needed because of the scale of the opportunity, particularly in renewables, which saw Sun Life seed a new strategy last year with $250 million.

The more heads the merrier, it seems. 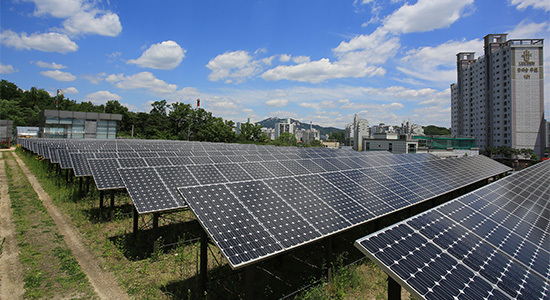 The agreement, which will see the firm provide BEP with more than $100 million to fund the acquisition and development of small-scale solar assets in South Korea, is the firm’s first investment in the country’s small-scale solar sector. It is part of the firm’s Global Renewable Power Fund III, which reached a $4.8 billion final close in April.

The acquisition is “a key milestone for us in Korean solar investments”, Blackrock Renewable Power managing director Charlie Reid said in a statement. With Asia highlighted by global real assets chief Anne Valentine Andrews as a “strategic priority” in a recent interview with Infrastructure Investor, the future is certainly Brite.