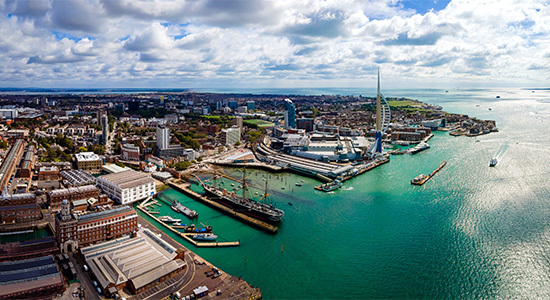 Brookfield port sale hits political standoff
Thought UK infrastructure nationalisation fears went away with the fall of Jeremy Corbyn? Not quite, although the latest standoff is happening in a slightly different guise as Brookfield looks to sell its PD Ports business, reportedly eyeing about £2 billion ($2.8 billion; €2.3 billion), according to the Financial Times.

That, however, might be a tricky price to get, the FT reported. That’s because one interested bidder is the South Tees Development Corporation, a public sector body led by Tees Valley mayor Ben Houchen, considered a rising star in the ruling Conservative party and an ally of Prime Minister Boris Johnson. STDC wants to convert the site into a freeport but, according to a source, thinks bids in the £1.1 billion to £1.4 billion range are “far more realistic”. Moreover, other interested parties are said to be Peel Ports and Macquarie Asset Management, although the latter is reported to be reluctant to compete with STDC if relations might be strained after, the FT wrote.

In a twist, STDC is also involved in a lawsuit with its target company over rights to use two of three access routes into Teesport, although Brookfield contends this is being used as a ransom to drive down the price.

A fine mess of political risk, then.

Offshore wind’s new risk profile
As it shies away from political risk with PD Ports, Macquarie is also not keen to take the sort of steps seen last week by Glennmont Partners (see below in Deals) in buying into an unsubsidised offshore wind farm, where 50 percent of the revenues come from a power-purchase agreement and the remainder subject to merchant risk.

“As an investor in the sector, though, you have to get comfortable with that risk. Because at some stage you are – regardless of whether you’re putting in offtakes or not – exposed to that,” Karl Smith, managing director at Macquarie, told attendees at our Energy Transition Forum in Berlin last week. “If you have a PPA for 10 years, what happens after that? I can’t go and hedge that. For us, it’s very asset-specific and market-specific.”

With Smith having led the fundraising for the world’s first offshore wind fund, it’s quite the turnaround.

Alinda takes latest fund to London market
Alinda Capital Partners has announced plans to launch a listed infrastructure fund on the London Stock Exchange – Alinda Capital Infrastructure Investments – which will seek to raise an initial £350 million when it floats next month.

The US-based private equity firm, which described itself in the intention to float document as “one of the most experienced firms in infrastructure”, expects to deploy more than £200 million in the first three months after the fund’s IPO, with £500 million to £600 million deployed within 24 months, subject to future capital raisings.

The fund will follow Alinda’s tried-and-tested strategy of investing in core-plus, mid-cap infrastructure assets in the transport, logistics, utility-related and digital infrastructure sectors. It will target a NAV total return per share of between 10 and 12 percent per year.

Coming hot on the heels of Pantheon’s proposed listing this month, it looks like infra investors are eyeing public markets for further cash injections.

“The reason we have time [when projects go wrong] is because money is essentially free. People have a lot of patience because there’s no consequence to waiting. As soon as cost of capital rises, that patience will wear thin.”

Alexander Waller, head of infrastructure debt at Whitehelm Capital, tells our debt forum that the good times will eventually come to an end.

The Boston-based manager said Voronova’s knowledge of both debt financing and the broader energy sector will be valuable to grow the firm’s credit platform, which launched this year with a $2 billion commitment from Aflac Global Investments. The firm’s credit strategy will predominantly invest in senior debt, targeting investment-grade and below investment-grade clean energy-related assets in developed markets in North and South America, Asia, Europe and Australia.

Jorge Camiña, an industry veteran who joined Denham in September as partner and head of credit, said: “Key to our success is building a robust and diverse team of experts – Iryna’s leadership experience coupled with her deep investment expertise make her an excellent addition to the team.” 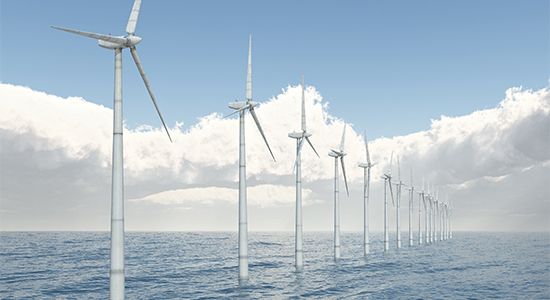 Glennmont throws caution to the wind?
London-based Glennmont Partners has acquired a major stake in Orsted’s 900MW German offshore wind farm Borkum Riffgrund 3, signing on ahead of the company’s final investment decision for the project, which is expected before the end of the year.

The DKr9 billion ($1.4 billion; €1.2 billion) deal – Orsted’s first farm-down to an institutional investor agreed ahead of a final investment decision – includes a 50 percent ownership share in the company and a commitment to fund 50 percent of the EPC contract for the project.

Borkum Riffgrund 3, awarded to Orsted in 2017, is a completely unsubsidised project and was billed a “landmark investment” for the firm, Glennmont’s chief financial officer and co-founder Francesco Cacciabue said.

It might well be a landmark for more than just Glennmont.

Macquarie has secured access to a business serving more than 7.6 million customers across the Greek mainland and its islands via a 242,000km network of electricity distribution lines, interconnectors and substations. It was initially shortlisted last month for the stake alongside KKR, First Sentier Investors and CVC Capital Partners.

With HEDNO being the sole electricity distribution in the country and an obvious monopoly, it’s clear why this heavyweight quartet were chasing after this sizeable asset.