Mid-market funds need not fear
Until 2020, only Global Infrastructure Partners and Brookfield Asset Management dominated mega-fund territory. Now with four mega-funds – which we define as at least $14 billion – set to close this year, there is no question that these vehicles are becoming less exotic. It’s also a sign of the asset class maturing, as Campbell Lutyens points out in its Q4 Infrastructure Market Update. And although the large-cap managers continue to collect bigger piles of cash, the placement agent found when surveying more than 50 LPs in 11 countries that “there is clearly still demand for mid-market and small-cap players as part of a diversified portfolio”. What’s more, as the mega-funds continue to balloon in size, they have taken longer to raise and have returned to the market quicker, “sucking up LP capital and time”.

The report also highlights mega-trends in the sector, including LPs returning to core infrastructure. Roughly 50 percent of respondents are planning to increase their allocation to the segment and those that are not are already overweight or overallocated to the strategy, according to Campbell Lutyens.

Energy transition and digital infra emerge, unsurprisingly, as hot sector picks, as does social infrastructure – the latter with a particular focus on PPPs. Perhaps core is not the only thing that will be making a comeback this year.

The fund was launched in 2019, prior to the French institution’s buyout of the manager in 2020. Its close follows on from the $300 million close of Star America’s maiden fund in 2016. Fund II primarily targets investments in the social infrastructure, transport, environmental and communications sectors, with a targeted net return of about 15 percent, according to a 2019 presentation.

The fund has made four investments to date: in energy solutions provider Demand Power, student housing in Seattle, a courthouse in Maryland and railcar business Cathcart Rail. With PPPs set for a boost from the Bipartisan Infrastructure Framework, 2021 will go down as a decent year for Star America’s strategy.

Germany tightens foreign investment rules
It was less of a celebration in Germany on New Year’s Day, when BSI-KritisV, the catchy name for the country’s new foreign direct investment laws targeting critical infrastructure assets, came into force. The framework mandates the screening of holdings by non-EU investors that amount to at least 10 percent of the value of assets or companies, and orders mandatory reporting of any impairment to the assets.

The legislation also includes a broadened scope of what is considered a critical infrastructure asset. In the energy sector, the threshold for a power generation asset has been lowered significantly, from 420MW to 104MW, and there is a 36MW threshold for assets that provide frequency reserve services, such as batteries. Data centres are also on the radar, with the threshold for screening lowered from 5MW to 3.5MW.

According to law firm White & Case, the changes increase the number of assets covered by regulation by about 15 percent. A happy new year for some, then.

Don’t forget to vote!
Thousands of votes have poured in already for the 13th edition of Infrastructure Investor’s annual awards, with frontrunners emerging in numerous categories.

Voting remains open but time is running out. If you haven’t done so already, click here to cast your vote and help determine this year’s winners. You have until midnight PST on Friday 14 January.

A quick reminder of the rules: you cannot vote for yourself or your firm (that goes for portfolio companies too); you can only vote once; you do not need to vote in all categories; and of course, it’s a secret ballot. Good luck!

“As fund sizes continue to grow, [we] become less relevant to GPs”

A Canadian LP, one of the more than 50 surveyed by Campbell Lutyens, on its diminishing influence.

Fidelis marches into Europe
Houston-based fund manager Fidelis New Energy‘s expansion into European markets will be headed by newly appointed managing director Ulrik Dan Weuder, alongside Lotte Kemplar as general counsel. The two plan to establish the headquarters for Fidelis Europe in Denmark by the end of 2022, following the firm’s establishment in the US in 2020 by Daniel Shapiro and Bengt Jarlsjo.

Weuder and Kemplar previously worked together at Danish pension ATP, where the former was global head of direct investments, focusing on direct infrastructure, natural resources and energy investments between 2014 and 2020.

Jarlsjo expressed confidence in the firm’s choice of Weuder and Kemplar to lead the expansion in Europe, where Fidelis’s new presence would “enhance our continued collaboration with our Scandinavian and European technology partners as we continue to advance transition infrastructure assets across our portfolio”. Fidelis’s efforts in the US have to date focused on renewable gas and carbon capture projects. 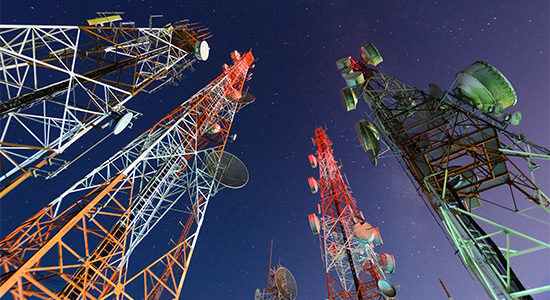 The firm announced that Cordiant Digital Infrastructure had agreed to buy the company from Alinda Capital Partners for an undisclosed sum. Alinda acquired the television and radio broadcast infrastructure provider in 2013.

In a statement, Cordiant infrastructure team chairman Steven Marshall highlighted Emitel’s “attractive growth prospects” particularly in the areas of mobile towers, edge data and smart cities. Emitel chief executive Andrzej Kozlowski also welcomed the transition to new ownership, noting Cordiant Digital’s “long investment horizon” and “significant industry expertise”.  He added that the vehicle was ideally placed to “support us in our medium- and long-term growth plans in broadcasting and become an even more significant provider of outsourced digital infrastructure”. In an interview with Infrastructure Investor last year, Marshall said “broadcast is a much misunderstood” part of digital infrastructure.

Brigid is set to deliver approximately 600 units in its first full year, John Laing said in a statement, and has a three-year exclusive option with UK developer McCarthy Stone to acquire another 500.

This is the second investment John Laing has made since KKR took the company private last September in a £2 billion ($2.7 billion; €2.4 billion) deal. The company was split into a DevCo, which KKR owns outright, and an AssetCo that the firm owns on a 50:50 basis with Equitix. A spokeswoman for John Laing told The Pipeline that the initial 50 percent stake in Brigid, acquired last April, and the follow-on acquisition belong to the DevCo – as does the North East Link PPP, which John Laing was awarded late last year.