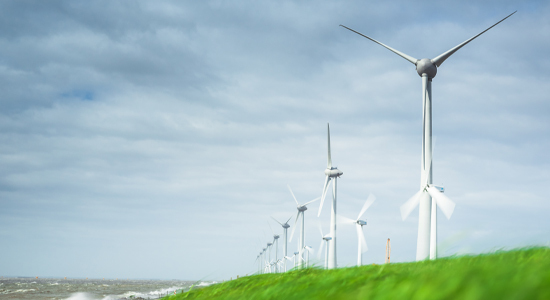 Renewables jackpot for Commerz Real
You can get the full lowdown on the explosive growth of open-ended funds with our interactive presentation here, but Germany’s Commerz Real last week served to highlight that growth, announcing that its open-end Klimavest vehicle had reached €1 billion in commitments following its launch in November 2020.

The renewable energy-focused fund has since amassed a portfolio of 33 operational wind and solar parks, as well as 10 solar projects under development across Germany, France, Spain, Finland and Sweden. The fund aims to provide investors with a yield of 3.5-4.5 percent.

Perhaps most impressive is the funds raised so far have mainly come from German investors, although Commerz Real plans to reach a wider base in Europe. With a medium-term target of €10 billion, seems plenty of road left on this open-end attempt.

Meridiam opens itself to eastern promise
A few months ago, we told you that Paris-based Meridiam was considering selling a minority stake to an outside investor. It seems a buyer has been found – a South Korean insurer – who is willing to pick up a 20 percent stake, valuing the infrastructure investment firm at more than €1 billion.

According to a report in French newspaper Les Echos, the sale would allow Meridiam to gain a foothold in Asia – the only region in which it has yet to establish a presence. The group has launched several funds in both Europe and North America, while it also manages two Africa-focused vehicles.

Former CIP and Vestas bigwigs line up new fund
First-time funds may be notoriously difficult, but there’s plenty of ambition from new fund manager Glentra Capital, which is targeting in excess of DKr7 billion ($1 billion; €941 million) for its inaugural fund, targeting investments in energy project developers, according to Danish media outfit Inside Business.

Heading the new GP are former CIP partner, Henrik Tordrup, and Lars Holme Villadsen, who is the former CFO at Vestas’ US arm. The latter has no comments to the reports on the fund launch.

It is reported that Novo Holding, the €94 billion AUM investment manager for the operating and financial assets of the Danish Novo Nordisk Foundation, is an early key investor. Jacob Lise Lyngsgaard, senior partner and head of real assets at Novo Holdings is on the board of the newly established company.

Tordrup is the second recent senior departure from CIP, after Stig Pastwa, partner and chief operating officer at the group, left the company to “pursue opportunities outside of CIP”.

NIO launches inaugural pure-play infra FoF
The lure of infrastructure has proved too strong for Nordic Investment Opportunities to resist, with the Copenhagen-based outfit adding an infrastructure fund-of-funds to its €1.5 billion AUM alternatives platform.

“Our larger clients were looking for more direct exposure to specialist funds, so we are adding pure-play offerings to our platform next to the flagship multi-strategy funds,” says Ulla Agesen, who joined NIO as managing director from Nykredit in July 2022.

“The allocation to primary funds will be circa 70 percent, or six to eight funds, with strategies ranging from core+ to value-add – we worry about the level of leverage and the regulation risk in core funds,” Agesen informs The Pipeline.

With up to 100 underlying investments across global geographies (up to 30 percent emerging markets), including allocations to secondary funds and co-investments (up to 20 percent), there should be plenty of diversification to go with the specialisation.

“There are other ways of getting the benefits of internalisation without internalising the risk. We ask for fee discounts, respectfully but aggressively. Every time fund managers get terminated because some of our peer funds have decided to go down another path, it makes us more important to them.”

The trend for Australian superfunds to go direct is not one that Hostplus is set to follow, as CIO Sam Sicilia outlined in an interview with Investment Magazine

Stonepeak’s European renewables search beefed up
Stonepeak has welcomed a new managing director to its investment team, hiring Georg Hoefler to join its London office where he will lead renewables investing across Europe for the New York-headquartered firm.

“I am confident that there are actionable opportunities which can form interesting building blocks in Stonepeak’s portfolio in Europe,” he added.

Perhaps the extra firepower is what the firm needs. While its $2.75 billion Global Renewables Fund has deployed in North America and Asia, it is yet to find opportunities in Europe.

VIRTUS reality
After launching in 2020 as a partnership between London pensions the London Collective Investment Vehicle, the Local Pensions Partnership and the London Pensions Fund Authority, The London Fund has made its first infrastructure investment.

The deal has seen it acquire a significant minority stake in VIRTUS Data Centres, a hyperscale data centre platform based in the UK’s capital. Financial terms were not disclosed.

The investment will be made alongside Macquarie Asset Management, which previously announced in August 2022 that it had acquired a stake in VIRTUS via its Macquarie European Infrastructure Fund 7, a vehicle well on its way to its €7 billion to €8 billion target.

VIRTUS currently comprises 11 sites in and around London, including in Enfield, Hayes, Slough and Stockley Park, with a combined capacity of more than 100MW. Data centres may be serving faceless customers, but it seems the London Fund is bringing that local element. 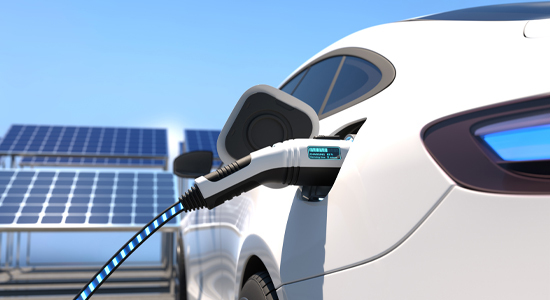 SUSI charges into EV sector
Swiss firm SUSI Partners is providing financing to OBE Power Networks, a Miami-based owner and operator of electric vehicle charging infrastructure, marking its first investment in the sector and its first credit investment outside Europe.

According to a statement, OBE Power “specialises in destination charging solutions” in urban locations based on long-term contractual agreements with municipalities, fleet operators and owners of real estate.

SUSI Partners, which did not disclose financial details, is providing the financing through SUSI Energy Efficiency Fund II, which closed on €289 million in May 2020. OBE Power will be among the final transactions of SEEF II, and SUSI will soon focus on deploying the third fund in the series for which it’s targeting €400 million. The slightly rebranded SUSI Energy Efficiency & Transition Credit Fund will follow roughly the same strategy, a spokesman told The Pipeline. However, it will have a broader remit “across the energy transition opportunity set,” he added.