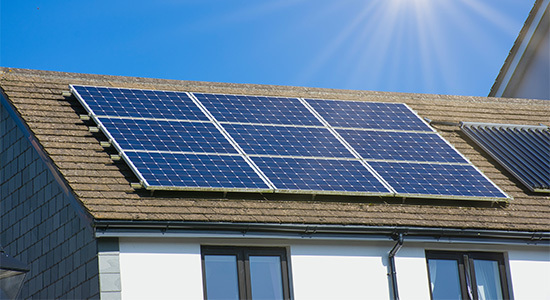 Infrastructure Week has finally arrived
After navigating a nearly three-month obstacle course since the US Senate passed the Bipartisan Infrastructure Framework in early August with a vote of 69 to 30, the legislation is finally on its way to President Joe Biden’s desk to be signed into law.

It took much manoeuvring by both House Speaker Nancy Pelosi and the president himself and intense negotiations to bring together the warring factions within the Democratic party so that the BIF finally passed the House late on Friday night in a vote of 228 to 206. Six Democrats voted against the bill and 13 Republicans supported it.

Despite Biden’s and Pelosi’s hard work to realise one of the president’s key campaign promises, it’s difficult to ignore the role that two gubernatorial races played in Democrats getting their act together.  Last Tuesday, Democratic candidateTerry McAuliffe lost in Virginia, which is considered a ‘blue’ state, while Phil Murphy scraped a second term in New Jersey, another state that is regarded as a stronghold for the Democrats.

The bill, which is described as the largest investment in the country’s infrastructure since President Dwight Eisenhower’s Interstate Highway System, includes $550 billion in new investments in transport, utilities and environmental remediation, as seen in the chart below.

BlackRock’s Climate Finance Partnership closes on $673m
BlackRock’s Climate Finance Partnership exceeded its $500 million target with catalytic capital of $130 million raised from the governments of France (AFD), Germany (KfW) and Japan (JBIC), alongside three philanthropic organisations and TotalEnergies. The New York-based firm has also committed $20 million to the blended finance vehicle, which will invest in “climate infrastructure” in select non-OECD countries in Asia, Latin America and Africa, after saying it would not when it announced a $250 million first close in July.

The fund will invest in grid connected and distributed renewable power generation; energy efficiency in the residential, commercial and industrial sectors; transmission or energy storage solutions; and ultra-low emission or electrified mobility services.

“The need for investment has grown substantially in GIG’s areas of focus, as has investor appetite for access to such opportunities,” Macquarie said in its latest results presentation. Chief executive Shemara Wikramanayake added: “It seems like the appropriate time to bring this offering now to our fiduciary investors in the asset management world.”

That’s not Macquarie Capital’s only loss, though. Daniel Wong, a 22-year veteran of the firm, stepped down on 29 October “to pursue opportunities outside Macquarie”, the firm said. Wong co-led Macquarie Capital alongside Michael Silverton, now group head of the unit. He had also been chair of the GIG since its 2017 acquisition from the UK government. In a LinkedIn post announcing his departure, Wong said he was “extremely proud to have been part of Macquarie’s transformation into the global leader in… sustainable infrastructure that it is today”.

In a statement, ThomasLloyd head of infrastructure asset management Tony Coveney highlighted the need to support developing countries on their paths to reaching net zero, noting that asset owners, wealth managers and investors needed to “work together to mobilise large-scale institutional investment in Asia at pace”. With seed assets in India and the Philippines totalling 500MW once operational, there’s certainly some pace gathering.

Alas, as The Economist put it (paywall), “pledges like GFANZ are good as far as they go, but the world needs a widespread price on carbon if finance is to be transformational”. Case in point: Citi, Bank of America and Commerzbank – all GFANZ members – served as lead arrangers in September for an inaugural US dollar offering by one of the world’s largest exporters of seaborne thermal coal, affiliate title Responsible Investor reported.

Green is good? Certainly. But it seems greed is still good too.

Your submissions will play a key role in helping us draw up the shortlists for the 65 categories we will open for voting.

Now in their 13th edition, our Global Awards are the industry’s most prestigious honours. They are 100 percent editorially led and the only awards to be voted on by the industry. That means our shortlists are independently compiled and nominated by our editorial team – we don’t rely on judges’ panels.

“If the world was a private company… and the leaders of the world were to be different CEOs of the corporations, today we would all be fired”

BlackRock taps Citi vet to lead North American infra debt strategy
Stuart Murray, who has spent more than 17 years at Citigroup, most recently as head of Citi’s project and infrastructure finance team for the Americas, will be joining BlackRock early next year.

Murray will report to Jeetu Balchandani, who in addition to serving as global head of infrastructure debt was also head of North America once Savi had departed.

Himbury will step up from his current role at Stafford as a senior adviser, assuming his new position on 1 January following the retirement of outgoing chairman and Stafford co-founder Geoff Norman. The latter will still be involved at Stafford, serving on the firm’s investment committee and as a non-executive director. Stafford announced in July that it had raised €450 million for its fourth infrastructure secondaries fund, as it targets €750 million.

Stafford chief executive Angus Whiteley said in a statement that Himbury was the “ideal candidate” to take on the role, given his experience, which includes leading IFM for more than a decade and overseeing a huge rise in its assets under management. It’s quite the comeback for Himbury, who two years ago announced his intention to retire at the end of 2020. 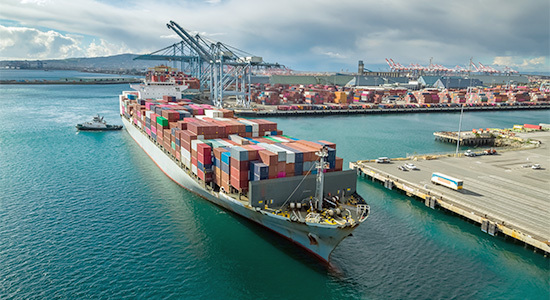 EQT sails away from LA port
EQT has agreed to sell its shareholding in Fenix Marine Services to global shipping company CMA CGM in a deal with an enterprise value of $2.3 billion. EQT’s shareholding was held in its EQT Infrastructure Fund III, a vehicle that reached a final close of €4 billion in early 2017 and which is generating a 2.1x gross multiple, as revealed by EQT in its Q3 accounts last month.

Fenix Marine Services owns and operates one of the largest terminals in the Port of Los Angeles and provides container handling services to shipping lines. EQT acquired Fenix in December 2017, overhauling its management team and investing in upgrades including machine learning and automation improvements, as well as sustainability initiatives.

Alex Darden, partner and head of EQT Infrastructure’s US advisory team, said in a statement that Fenix Marine Services had played “an integral role in the complex North American supply chain,” particularly during the pandemic.