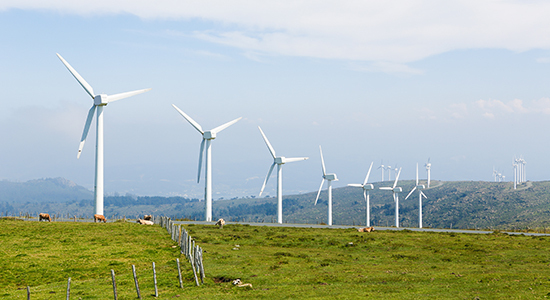 Continuation has limits for ECP
The typical argument for a continuation fund is to go on receiving the long-term benefits of a successful asset. That appears to have its limits for Energy Capital Partners, which The Pipeline understands is looking to offload Terra Gen, the US-based renewable energy operator it transferred to a $1.2 billion continuation fund in April 2021.

Preparatory work for a sale has already been undertaken, with a formal process set to be launched in the new year, The Pipeline believes. Eyebrows have been raised by some LPs in the fund, given the perpetual nature of a continuation fund, although ECP is understood to be seeking a 2x multiple for Terra Gen, which may well convince some doubters.

Blackstone Strategic Partners was the lead LP in the fund, which owns 50 percent of Terra Gen, with the remainder owned by Igneo Infrastructure Partners. Terra Gen owns 3.3GW of wind, solar and storage assets in the US.

Arjun more than half-way to second fund’s target
With a €1.5 billion target and €1.75 billion hard-cap, Arjun Infrastructure Partners’ second Infrastructure Alliance Europe Fund reached €790 million over the summer. The Pipeline is informed that the company aims for a final close in H1 2023.

As is previously the case with Arjun, the number of LPs is low with only five subscribers so far. The first fund closed at its €1 billion target and seven LPs in March 2021.

The second fund is keeping to the established European mid-market and decidedly core strategy, though the low returns on plain vanilla renewables has prompted investments into biogas. Arjun has significant stakes in two of Denmark’s largest plants and might hope to emulate the gains enjoyed by Pioneer Point Partners and Sampension, which sold Nature Energy Biogas to Shell for €1.9 billion in late November; the Danish company had been bought in 2018 for €148 million.

And they say that money don’t smell.

Octopus looks to predict the future
The inaugural Octopus Sustainable Infrastructure Fund is eyeing a first close in the first half of 2023, the fund’s investment co-head, Lukasz Michalak informed The Pipeline.

Targeting a return of 15 percent, Octopus hopes that LPs will be enticed by a promise of UK-only, value-add investments into companies within the energy transition, digital infrastructure, mobility and circular economy.

With a target of £400 million ($488.4 million; €458.9 million) and a £500 million hard-cap, the 10-year, closed-ended fund has so far secured £100 million from the UK Infrastructure Bank, which will need to be matched one-to-one. The fund launched early in 2022 and has waited a while for more investors to come onboard.

“We have a four-year investment window, and we have time to wait for the right investments to come along. We focus on proven technologies that have a market but are not yet bankable and have a £2 billion pipeline.”

There are lots of things worth getting the tentacles into, it seems.

EIP continues transition
Energy transition fundraising has certainly emerged as one of the major trends of 2022 – and sneaking in before the end of the year to join the party is Energy Infrastructure Partners.

The fund has a target of €4 billion and EIP has completed two deals for the fund so far: a 30 percent stake in Boralex’s French renewables platform and a share of the 25 percent stake that EIP holds alongside Crédit Agricole Assurances in Repsol’s global renewable energy unit Repsol Renovables.

The energy transition space continues to heat up, then, with plenty more fundraising from EIP and others expected in 2023.

2022 awards: don’t forget to vote!
Voting has been open for the past week for the 14th annual global Infrastructure Investor Awards, the only infrastructure awards voted on by the industry.

You now have until Friday 13 January 2023 (midnight PST) to cast your vote on our 60-plus categories. So don’t miss your chance to reward the deals and the firms that have made the most of these challenging 12 months.

Vittorio Lacagnina, partner at Apollo Global Management, details to attendees at our America Forum how some LP due diligence works when investing with marquee names.

Dimitrievich has been head of energy and power at HPS Investment Partners for 10 years. Dimitrievich’s team will employ debt and credit-like investments to assist borrowers’ efforts to reduce carbon emissions, advance the industrial electrification and ensure the reliability of energy supplies. It will also look to take advantage of market dislocations in energy to produce attractive risk-adjusted returns.

Though Dimitrievich’s role is a new one, it will enable the firm to build on existing assets such as Glennmont Partners, which Nuveen bought in March 2021.

Dimitrievich will be based in New York City and will report to Laura Parrott, Nuveen’s head of private placements for its equity and fixed income business. He will also work closely with Biff Ourso, the global head of Nuveen Infrastructure, as well as with Glennmont.

Saudi Arabia’s Public Investment Fund has agreed to acquire up to 9.5 percent of the platform. Now, The Pipeline is not casting any aspersions, but certainly had its curiosity piqued at the size of the stake involved. Germany’s foreign direct investment rules allows the government to assess any transaction in the critical infrastructure space involving stakes of 10 percent or higher, with the PIF’s deal coming in just below this threshold.

It brings to mind news The Pipeline brought you last week of a US GP bringing in a Middle Eastern co-investor after a digital infrastructure deal closed to avoid the watchful gaze of the US government.

For its part, PIF said in a statement the deal is part of its ambition to increase exposure to the low-carbon sector. 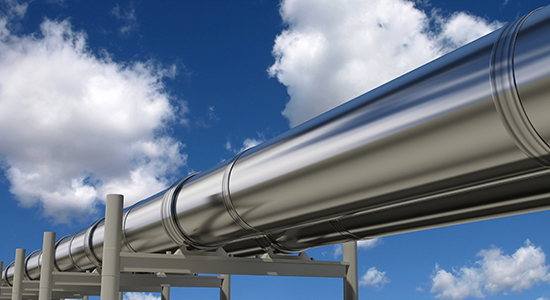 The seller, a subsidiary of Pembina Gas Infrastructure, will continue to fund its $1 billion share of the project costs until the end of 2023. PGI is owned by Pembina Pipeline (with a 60 percent stake) and KKR (40 percent), following the formation of a joint venture earlier this year.

KAPS provides a “transportation alternative that allows producers to grow their natural gas production in advance of additional LNG in-service both in western Canada and the US Gulf Coast”, it said in a statement.

The acquisition wraps up an LNG-heavy year for Stonepeak, which acquired Teekay LNG (now Seapeak) in January 2022.