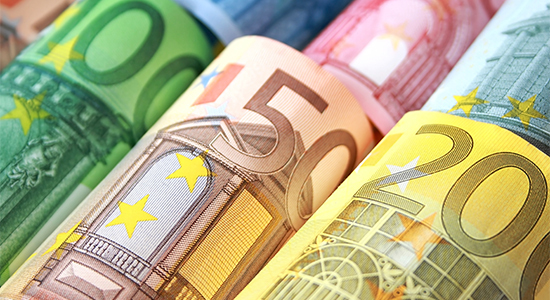 Edmond de Rothschild raises €1.2bn debt fund target
Paris-based asset manager Edmond de Rothschild has met its fundraising target of €1.2 billion for its latest infrastructure debt vehicle and is now expecting to reach a final close on at least €1.8 billion. Like its predecessor, BRIDGE V has a dual fund structure comprising a senior and a junior debt strategy.

As at 30 September, €600 million had been committed from BRIDGE V, the manager said in a statement, though it didn’t specify the split between the junior and senior strategies. It did, however, indicate that the commitments made were in 14 assets across Europe.

In addition, EDRAM has hired NatWest’s Gauri Kasbekar-Shah as managing director to head what Dusch terms “Gen 2 Energy Assets, as part of the energy transition”. These include floating wind, battery storage, hydrogen and hydro, Dusch said.

Greencoat joins US ‘green rush’
Heavyweight European renewables manager Greencoat Capital is crossing the pond, with plans to deploy $5 billion in the US over the next five years.

With offices in New York and Chicago, the manager has already invested in wind farm portfolios across Texas and Illinois. The US business will be headed by David Boyce, a veteran of the US energy market with more than 20 years of experience. He will be joined by Coen Weddepohl, lately the head of environmental finance at Man Group, who will lead US investor relations. Saad Qais is also joining as head of asset management, from turbine manufacturer Goldwind.

Partner Laurence Fumagalli said the firm is “entering the US market as the country hits the inflection point of renewables growth”. The move comes as Interior Secretary Deb Haaland fleshes out plans to develop offshore wind across the US, with the government pledging to identify and lease federal waters along the coastline to wind power developers by 2025. The Biden administration is looking to develop 30GW of offshore wind by 2030.

Building back… better?
Even with the US’s efforts, will this be enough? Making for a sobering read, the International Energy Agency’s World Energy Outlook Report has revealed that, despite the strides taken with renewables and electric mobility, 2021 is seeing the second-largest annual increase in carbon emissions in history, thanks to a large rebound in coal and oil use.

In addition, public spending on sustainable energy in covid-19 economic recovery packages seems to have sparked only one-third of the investment needed to put the energy sector on the right track, with developing economies in particular experiencing the largest shortfall.

According to the report, while many countries have committed to the global effort to reach net-zero, the projected decline in emissions towards 2050 may be offset by the continued growth in industry emissions from the production of cement and steel, and from heavy-duty transport – with much of this growth stemming from emerging markets as they build up their infrastructure.

Launched in 1999, the fund focuses on the Southern African Development Community and has historically targeted the renewable energy sector. To date it has invested in more than 40 assets across the transport, power, digital and social infrastructure sectors.

Exceeding the fund’s initial target of $301 million by 20 percent, the latest fundraise comprised new commitments from 19 South African institutional and pension fund investors, with two-thirds of the capital raised from new investors. It sees the open-end fund reach over $1.47 billion.

According to a statement, the top-up is expected to “support the deployment of a pipeline of assets across the power, digital infrastructure and transport sectors, over the next three years”.

“There was a strange, almost gaming-type approach with a small number of people, who then unduly influenced and forced other people”

Partners Group duo set sail
There’s a double departure for two long-serving staffers at Partners Group. In the US, Paul Luce, a senior investment team leader at the firm since June 2013 and based in Colorado, has joined Vision Ridge Partners as a managing director.

Luce will be responsible for sourcing and leading investments in the energy and mobility sectors for Vision Ridge, which closed its Sustainable Asset Fund III on $1.25 billion in April. The firm will be looking to leverage Luce’s experience to “scale unique investment opportunities”, it said in a statement.

Elsewhere, Shreya Malik has ended her ten-and-a-half year spell at Partners Group’s London office, decamping to KKR as a director in its infrastructure team. Malik was a senior vice-president at the Swiss firm and a member of the board at portfolio companies Gren, a Baltic energy utility, and Greenlink Interconnector.

Although the New Zealand government ultimately decided against the proposal, NZ Super said in its 2021 annual report, published last week, that as a result of the process it had “tapped into, and learned from world-class expertise, […] and developed extremely high value intellectual property”.

As a result, it has turned the lessons learned into a new financing model branded SuperBuild, described as an “end-to-end investment and delivery solution”. This would see the fund’s “partnership approach” cover the design, financing, build and operation of infrastructure projects in New Zealand. The fund proposes to “manage the project from start to finish, with collaboration from relevant government agencies, leading to faster delivery”.

So, is New Zealand’s government ready to reconsider? 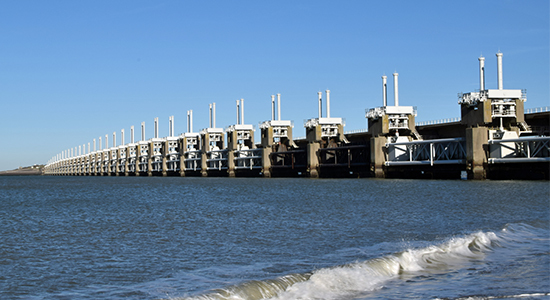 Acciona closes landmark $2.75bn climate-adaptation PPP
Ahead of a major global climate change conference and – hopefully – imminent Congressional votes on US infrastructure bills, a landmark PPP in the US may be showing both how it’s done.

Spanish and Israeli developers Acciona and Shikun & Binui have closed financing on the first sustainable infrastructure business in the US under a PPP agreement, securing $1.15 billion from five banks for the Fargo-Moorhead Metropolitan Area Flood Risk Management Project, a 29-year concession to build, operate and maintain a 48km flood prevention channel between North Dakota and Minnesota. In addition to the channel, the project also includes all the associated infrastructure diversions, such as bridges, railway crossings and aqueducts. Its total cost is $2.75 billion.

The project, agreed with the Fargo-Moorhead Metro Flood Diversion Authority, originated from the Red Rover floods in 1997, which caused $3.5 billion of damage, according to a statement from Acciona. In that case, it seems like the PPP has a fair price attached to it.