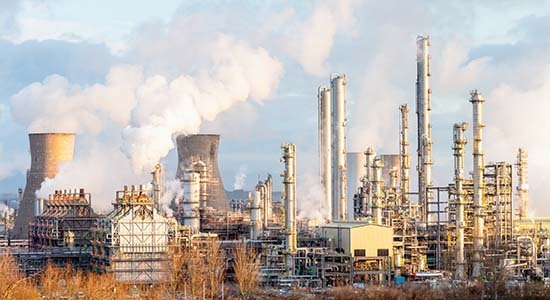 EIG adds ESG carry forfeit to new $3bn fund
DC-based energy fund manager EIG is back in market with its latest fund, The Pipeline understands, looking to raise about $3 billion for EIG Energy Fund XVIII, which is believed to have been launched in the middle of this year. The latest vehicle, though, comes with a greener twist.

While declining to comment on fundraising matters, managing director and ESG director Emily Rodgers told The Pipeline that the manager has introduced Paris-aligned emission targets for the fund. The penalty, should it fail to meet such targets, will see employees and management forfeit a not insignificant 25 percent of the carried interest from the fund.

EIG’s most recent deal saw it spend $4.8 billion this month to buy 25 percent of Spanish group Repsol’s oil and gas exploration division. However, Fund XVIII is expected to focus on lower carbon investments across the energy spectrum.

There is, of course, an incentive to do so now.

IFM boss calls out ‘market animals’
IFM Investors CEO David Neal gave a speech last week to the National Conference of the Governance Institute of Australia, talking about the capacity of superannuation funds and pension capital to work together with fund managers to tackle some of the long-term systemic risks facing the global economy.

He said collaboration would be needed to achieve climate goals, in particular, but then sounded a note of caution around what he called “commercial investment managers”, saying they are “for-profit, competitive market animals – they are not naturally inclined then to want to share IP and work with a collection of their competitors.”

Neal drew a distinction between these types of GPs and IFM itself, with his organisation wholly owned by a collection of not-for-profit industry superfunds.

IFM has form in this area, calling out other managers over high fees while highlighting its own quite distinct business model. The firm has worked closely with other GPs recently, such as with Global Infrastructure Partners on the mega-deal to acquire Sydney Airport – this is clearly a sign it is seeking to do more of the same.

SER debuts first fund at $475m
SER Capital Partners has closed its debut US-focused mid-market infrastructure fund on $475 million – $25 million above its original target – after gathering commitments from a variety of institutional investors.

“Looking ahead, we see a myriad of compelling investment opportunities that move us beyond legacy industrial processes heavily reliant on fossil fuels and subject to extreme commodity volatility – including those benefitting from the supportive patchwork of local, state, regional and recently expanded federal policies,” said Rahul Advani, SER’s founder and managing partner.

After a debut fundraise, ready to SER-ve the energy transition.

This is Infranity
What do you get at the intersection of ‘infrastructure’ and ‘humanity’? Why, Infranity, of course. That is the new name of the rebranded Generali Global Infrastructure, the GP founded in 2018 by Philippe Benaroya, Alban de La Selle and Gilles Lengaigne in partnership with Italy’s Generali Group.

“The new name, expressing our focus on ‘infrastructure’ and ‘humanity’, further builds on our values, expertise, and engagement to sustainable investment,” commented founding partner and CEO Benaroya.

Infranity is currently in the process of raising a €2 billion senior debt fund, expected to reach a final close next year. That vehicle is the same size as its predecessor, which was raised between 2020-21 and is now fully invested.

In addition to raising over €7 billion across 11 funds, the manager has amassed a portfolio of 70-plus assets in Europe and North America, and now has a 40-strong team targeting the energy transition, digital and social infrastructure.

Considering it’s only been around for four years, that’s some pretty infrane growth.

The modern world of investing, according to Shaia Hosseinzadeh, founder and managing partner at OnyxPoint Global Management, speaking at SuperReturn Energy

We want your LP Perspectives!

Every year, we publish our LP Perspectives Study, a look into how institutional investors approach alternative asset classes. In our last edition, we surveyed 100 institutional investors between August and September 2021, bringing you a granular view of the alternatives market by gathering insights on investors’ asset allocation, propensity to invest and performance predictions.

As we gear up for our 2023 edition, we’d like to invite investors to take 10 minutes to complete our survey here. Rest assured, your responses will remain entirely anonymous.

As a thank you for your time and insight, you will receive a complimentary copy of the final report published in December. We will also donate $5 to UNICEF for each completed response.

If you have any questions about the study, please contact Evie Taylor at evie.t@peimedia.com.

Two heads better than one for Igneo
Fresh from his role as a senior adviser at Investcorp, Michael Ryder has joined Igneo Infrastructure Partners as co-head of its North America business, sitting alongside John Ma at the unit once known as First State Investors.

Why two heads? “Bolstering the leadership team better positions us to originate and manage investment opportunities in this large and complex market,” Ma told The Pipeline. He also credits Ryder’s experience, a former senior managing director and head of Americas at OMERS Infrastructure between 2018 and 2021.

Igneo now has four US investments in Terra-Gen, Rialto Bioenergy Facility, Patriot Rail and last week added data centre group Signal to the mix. This has all come through the group’s open-ended global infra fund, which Ryder told us “is easily differentiated in the North American market”.

But with the team expected to double in size by the end of this month from its pre-summer number of six, is there room for a US-focused fund, like Igneo has in Europe? “It’s a little early for us to have a view,” Ryder admitted.

LPs let gas leak into portfolios
Stonepeak‘s investors are giving it the green light to invest in natural gas due to the energy crisis, says Carolyn Pearce, a managing director at the firm. “Gas has been more welcomed by a number of investors. Over the last year or so, we’ve seen investors who, five months ago, were saying, ‘We don’t want any exposure to gas,’ [now] giving us the licence to own gas,” Pearce told delegates at Infrastructure Investor’s Investor Forum in London last week and reported by affiliate title New Private Markets.

With potential electricity shortages, and while energy prices and the cost of living shoot up, “people understand that you need to invest in gas”, said Pearce. “Sustainable investing has become more all-encompassing of assets such as gas sitting within Article 8 funds.”

As a cold winter in Europe beckons, Pearce’s comments come after head of Europe Daniel Wong told us last month that “[gas] infrastructure needs to be maintained and well invested in” as part of a smooth and fair energy transition. 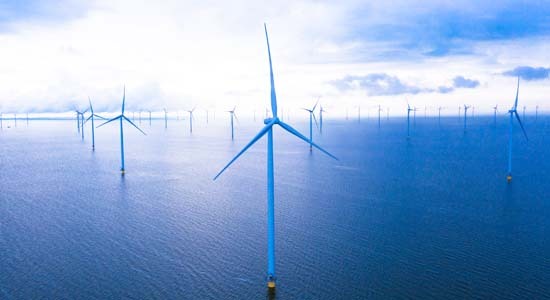 The asset, located in the Baltic Sea, operates under Germany’s feed-in tariff regime, which offers a guaranteed price for all electricity produced by the Wikinger wind farm through 2037, EIP said. But in addition to providing a guaranteed price, the FiT scheme also allows Wikinger to sell the power it produces at market prices whenever it exceeds the tariff, a boon in today’s times.

Iberdrola will continue to control and manage Wikinger, an asset which marked its entry into the German electricity market.

“The transaction further advances Iberdrola’s asset rotation plan to finance new renewable projects under development,” the Spanish utility said. As at the end of June, Iberdrola had 1.3GW of offshore wind capacity in operation, 3GW under construction and 4GW secured.

Snapping up the portfolio, which consists of three development-stage projects, from Spanish solar energy and battery storage system developers Gransolar Group, the deal is the Hamburg-based firm’s first storage-related investment in the country.

Announcing the acquisition, the firm’s APAC chief executive Alexander Lenz highlighted Australia as a key market for Aquila Capital. The firm – which expanded its Singapore office in October 2020 – stated that, in addition to BESS, it was also “actively pursuing” opportunities to invest in solar PV and wind projects in the country as it looks to build its clean energy portfolio across the APAC region.

In line with its efforts to expand its Asia Pacific renewables portfolio, the firm launched joint venture Aquila Development Partners earlier this year, to focus on solar, wind and battery storage systems in South Korea.