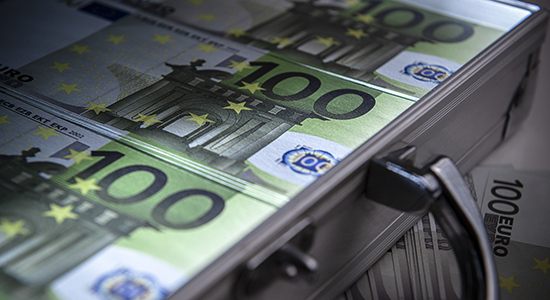 Is digital infra beyond valuing?
The demand for digital infrastructure assets knows no bounds. So it was no surprise to hear last week that Dutch telecoms giant KPN had knocked back a joint offer from EQT and Stonepeak Infrastructure Partners, as well as a lone attempt from KKR. According to a KPN statement, the bids “did not provide tangible and material added value to KPN’s widely supported new strategy”.

Is that a hint for the bidders to loosen their purse strings, perhaps? Well, not quite. In reality, the KPN statement said EQT’s and Stonepeak’s bid “did not include an offer price”.

Did the bidders miss some vital documentation? Were they just offering to provide some friendly advice? Was it all about the benefits? EQT, Stonepeak and KPN all declined to comment further, with a spokesman for the latter merely reiterating that there was no offer price.

Right. Perhaps valuations in this sector have become so frothy that EQT and Stonepeak asked KPN to name its price. In which case, they got an emphatic – and priceless – response.

EnCap’s $1.2bn reawakening
EnCap Investments has closed its first energy transition fund to the tune of $1.2 billion – a tidy sum for the Houston-based firm, which is primarily known for investing in oil and gas.

EnCap Energy Transition Fund I attracted support from new and existing investors. The vehicle has already deployed capital in five platform investments – across battery storage, distributed power and utility-scale solar and wind – to support the transition of North America’s power grid. The fund was launched in 2019.

It seems all five enterprises are “ahead of [their] value-creation plan”, said EnCap Energy Transition managing partner Jim Hughes, who noted that “early progress is exceeding our expectations”.

The firm’s most recent fund, EnCap Energy Capital Fund XI, focused on companies operating in the upstream sector of the oil and gas industry, and closed on $7 billion in December 2017.

CarVal’s bet on clean energy debt pays off handsomely
Another new entrant to the clean energy fund space is CarVal Investors. The former Cargill subsidiary has struck ‘green’ gold with its debut energy transition credit vehicle after closing it on $490 million – almost double the $250 million it was originally targeting. The CVI Clean Energy Fund will target “credit and hard-asset investments” in North America across the renewables, energy storage and energy-efficiency sectors.

Lucas Detor, a managing principal of CarVal, said he was “humbled” by the fundraising. He acknowledged a mix of LPs that includes corporate pension funds, SWFs, private banks, endowments, foundations, family offices, funds of funds and high-net-worth individuals.

The CVI Clean Energy Fund might be new for CarVal, but the manager is no stranger to renewables private debt, having already invested more than $2 billion in the space since 2017 from its flagship generalist credit vehicle.

Julie II head over heels in debt
While CarVal is basking in the glow of its renewables credit debut, older hat Schroders is also feeling flush, having to date raised €739.5 million for its second sub-investment-grade infrastructure debt fund. Not only is the Schroder Euro Enhanced Infrastructure Debt Fund II (Julie II) on its way to exceeding its €750 million target, it is expected to hit its €1 billion hard-cap by the end of Q2, the firm’s head of infrastructure debt, Jerome Neyroud, told The Pipeline.

Like its predecessor, Julie II will invest in mid-sized brownfield assets in Europe across a range of sub-sectors. Although the four investments Schroders has made through the fund to date have been in the renewables/energy sectors, “the fund does not target any specific sectors,” Neyroud said.

“The previous vintage… allocated capital across 10 different sub-sectors and we expect the same level of diversification with this new vintage,” he added.

Sam Pollock, chief executive of Brookfield Infrastructure Partners, is waiting to hear from the US and Canadian governments on the detail of their infra reforms

Quartet joins ICG
Australian fund manager Infrastructure Capital Group has made several appointments to flesh out its team, following a busy 2020 that saw it reach more than A$2.2 billion ($1.7 billion; €1.4 billion) in assets under management.

The most senior appointment was Isabelle Demir, who joins as executive director from Frontier Advisors, where she was head of real assets and private equity. Demir will work across all areas of ICG’s business.

ICG struck one of Australia’s largest renewables deals in 2020, agreeing a partnership worth approximately A$400 million with French energy giant Engie and Japanese trading house Mitsui to acquire a 75 percent interest in the Australian Renewable Energy Trust.

Under the umbrella of the London Collective Investment Vehicle, the LCIV Renewable Infrastructure Fund invested in funds managed by BlackRock, Foresight Group, Quinbrook Infrastructure Partners and Stonepeak Infrastructure Partners. There may well be more to go round, with LCIV stating that a further six of the 32 London local authority pension schemes were set to invest more than £300 million in the open-end vehicle. It is targeting a net IRR of 7-10 percent, according to documents from the Sutton Pension Fund.

The London Borough of Barnet Pension Fund, which is set to invest £40 million, disclosed in documents that it would invest as current infra manager IFM Investors “has not invested in renewables”. Barnet, it would seem, must have missed that $2 billion pledge last year for Nala Renewables. 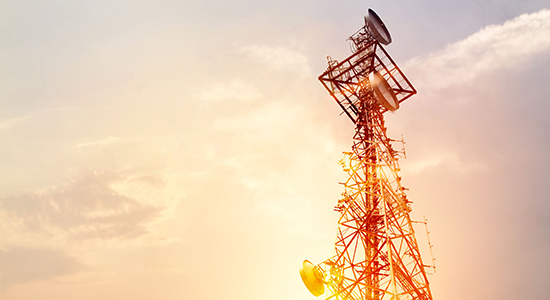 The deal, which implies an enterprise value of more than €8.8 billion for ATC Europe, will see American Tower continue to have managerial and operational control of its European arm, while CDPQ obtains seats on ATC Europe’s board and “certain governance rights”.

It’s a timely transaction for American Tower, given the firm’s pending acquisition of Spanish telecoms company Telxius – which, upon closing, will see ATC Europe’s portfolio consist of almost 30,000 communications sites.

The deal should also prove beneficial for CDPQ, with head of infrastructure Emmanuel Jaclot pointing out that the new partnership would help increase the pension’s exposure in key European markets “at a time where telecommunications needs are more important than ever”.

Macquarie cashes digital Czech
Macquarie Infrastructure and Real Assets last week announced the sale of České Radiokomunikace, a telecommunications, media and technology infrastructure and services provider in the Czech Republic and Norway, to Cordiant Digital Infrastructure in a deal worth £451 million ($527.6 million; €519.2 million).

It is the first deal for Cordiant Digital Infrastructure, managed by Canadian manager Cordiant Capital, which raised £370 million in a London listing in February. It will surely head back to the market for more capital, and for which there will surely be plenty of demand.