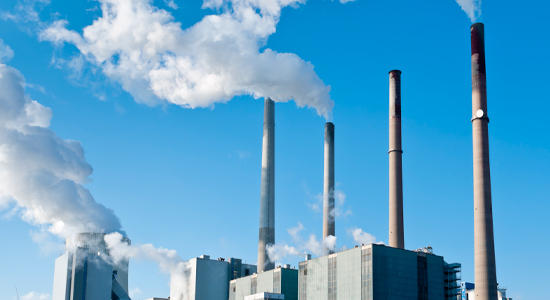 European lawmakers’ colour-blindness
After more than a year of delaying the decision on whether or not to classify nuclear power and natural gas as ‘green’ energy sources, the European Commission got the green light from EU lawmakers, allowing it to add both to its sustainable finance taxonomy.

“This vote is important recognition of our pragmatic and realistic approach in helping many member states on their transition path towards climate neutrality,” the European Commission said in a statement, after the European Parliament voted 328–278 in favour of the Complementary Delegated Act, which allowed both energy sources to be classified as green.

“We are committed to using all available tools to move away from high carbon-emitting energy sources,” it added.

Critics, however, see this as prolonging the use of natural gas, which is cleaner only when compared with coal, and therefore at odds with the EU’s stated objectives of reducing greenhouse gas emissions by half by 2030 and reaching net zero by 2050. It’s also more likely to facilitate greenwashing, which the EU Taxonomy was intended to prevent.

That then raises the following question: are European lawmakers colour-blind or wilfully blind?

The interested buyers, which also included Dutch pension fund APG, Canadian pensions OTPP and PSP Investments and Chinese sovereign wealth fund CIC, decided to walk away after the seller, CK Infrastructure Holdings, raised the price two days before an agreement was to be signed, citing the UK’s high inflation rate as the reason, the Financial Times reported last week.

“It was unusual for the price to be changed at such short notice and after a year of due diligence,” a source close to the bidders told the FT. “The price expectations from the seller massively changed so we exercised cost discipline and walked away,” this person said.

CK Infrastructure Holdings bought the company in 2010 from France’s EDF for £5.5 billion.

IFM’s privatisation plea
Logic, some might posit, has not been the main driver of US politics for some time, and it seems David Neal, chief executive of Australia’s IFM Investors, has woken up to those effects on infrastructure.

“We really like airports, but there’s not a lot of opportunity to buy airports in the US. It’s funny because it’s completely expected that the electric utilities in the US can be in private hands, but much less so airports, and I’m not sure there’s a lot of logic behind that,” he told the Australian Financial Review. Neal, though, is wary of the logic of any privatisation.

“We would like to be part of the solution for delivering capital into this massive infrastructure deficit that I think everybody agrees exists in this country,” he added.

With IFM the part-owner of the Colonial Pipeline, whose dated systems fell victim to the destabilising cyberattack last year, Neal may have more first-hand experience on this than most.

The Partners Capital 15 degrees Fund, which aims to target PE opportunities focused on the energy transition, will invest via specialist fund managers and direct co-investments across a number of sectors including renewable energy generation and storage, transportation and mobility and industrial processes and management. The fund attracted commitments from a range of LPs globally.

Joining a growing list of managers blurring the boundary between infrastructure and impact, the firm’s head of private equity and real estate John Beil highlighted the importance of being “acutely cautious” while investing behind the environmental impact “mega-trend”.

According to Beil, while the energy transition doesn’t suffer from a lack of high-impact, high-returning opportunities, it is “critically dependent” on a range of factors – including scientific and technological developments – which are still “highly complex and largely unknown”.

Show me the money
Infrastructure managers contending with the ‘Great Resignation’ in the US are having to go to great lengths, according to executive search firm Sheffield Haworth’s July publication, “Infrastructure Themes & Trends Q2 2022”.

“Extracting talent is becoming more challenging and we have already seen a number of situations where firms are bidding back their talent aggressively, particularly in the US, in order not to lose them to competitors,” the report stated. “While this may work in the short term, this is not a long term strategy for talent retention and, as such, many firms are re-assessing their compensation structures to align them with the market.”

Those with a “mix of operational and financial experience across a broad array of infrastructure subsectors” will be in demand, as Sheffield Haworth claims these types of individuals constitute a relatively small talent pool. 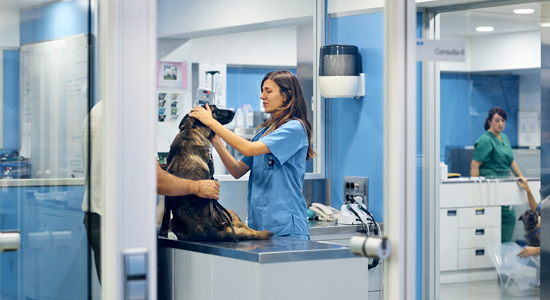 How much is that doggie in the window?
In this age of resurgent core infrastructure, you might have been forgiven for thinking the days of – let’s say – unconventional infrastructure deals were over. That bark, it seems, is louder than its bite after Paris-based InfraVia Capital Partners last week acquired veterinary clinic operator Univet, which owns 150 clinics in France and Belgium and plans to use InfraVia’s capital to grow in other countries too.

InfraVia typically invests in the energy transition, digital infrastructure, social infrastructure and mobility sectors and if we were pressed, we’d say this fits within the social bracket, although depending on the kind of treatment, mobility can’t be ruled out for a revitalised animal.

It comes in the same week as DIF Capital Partners closed its acquisition of Grupo Itevelesa, initially agreed last July, which provides vehicle inspection, testing and certification in Spain. Easier to categorise perhaps than Univet, but ironically for vehicle certification, certainly one off the beaten track.