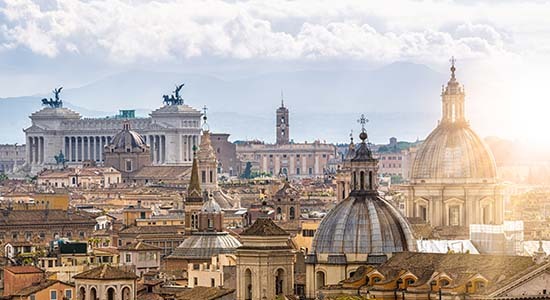 ANIA F2i Fund beats €500m target
Italy’s National Association of Insurance Companies (ANIA) said it has raised €516 million for the infrastructure fund it launched in 2020 with F2i as manager of the fund, securing commitments from both Italian and international investors.

The ANIA F2i Fund, which invests in core infrastructure, focusing on small to mid-sized transactions ranging from €50 million to €75 million, is nearly 50 percent deployed, according to a statement.

However, it will also target investments to help mitigate climate change.

“The current energy crisis and the rising costs of raw materials highlight the need to accelerate the diversification of energy sources, with a focus also on renewable energy,” ANIA’s president, Maria Bianca Farina, said in the statement.

The superfund, which owns 0.36 percent of AGL, said the demerger would not support the decarbonisation of the Australian economy and would ultimately not be in the best financial interests of HESTA’s members.

“We cannot simply divest away from the risk of Australia being slow to transition to a low-carbon future,” HESTA chief executive Debby Blakey said in a statement last Wednesday. “Responsible investors have a responsibility to their members to go to where the biggest emissions are and as owners try and first change the behaviour of these companies.”

Today, AGL’s board said it would be withdrawing its demerger proposal, convinced that it “will not receive sufficient support to meet the 75 percent approval threshold”.

The proposed demerger was due to go to a shareholder vote on 15 June but was facing mounting opposition. Its withdrawal also throws a wrench in GIP’s plan to acquire a 49 percent stake in AGL’s new investment vehicle ETIP – which was subject to the completion of the demerger. More details on that in today’s story on Infrastructureinvestor.com.

“It is a sellers’ market, and those bringing solid infrastructure assets to market can expect a lot of bids and high valuations this year, forcing buyers to be strategic about the opportunities they pursue,” it warned.

What about those GPs telling you they avoid auctions because of their deep relationships? “Bilateral discussions have become few and far between as formal processes serve to drive higher numbers,” Latham & Watkin stated.

So, how to beat the environment of high valuations and stiff competition? “Investors need to be prepared to move quickly, take commercial positions, and accept a little more risk than perhaps they might have done a few years ago,” the report added.

A measured amount, we should add, for a low-risk asset class.

The government has allocated NZ$18 million ($11.7 million; €10.9 million) over three years to develop a regulatory framework for offshore wind projects, as well as to help create an energy strategy and a roadmap for the development and use of hydrogen.

This was music to the ears of NZ Super Fund, which recently joined forces with Copenhagen Infrastructure Partners to work on a feasibility study focused on an initially planned 1GW development off the country’s South Taranaki Bight.

NZ Super Fund CEO Matt Whineray said in a statement: “The development of a regulatory framework for offshore wind in New Zealand is a critical step for a project that will help the country take a significant stride towards meeting its clean energy ambitions.”

And with good news for clean energy in neighbouring Australia last week, it looks like momentum is gaining Down Under.

GIP’s Hooper hops to Ara Partners
After spending a little more than two years at Global Infrastructure Partners as principal, Alyssa Hooper has left the New York firm to join Ara Partners in Boston in a similar role, bringing more than 10 years’ experience in infrastructure and sustainable project finance.

“[Hooper] brings a wealth of origination and execution experience across the infrastructure sector,” said Ara’s managing partner and co-founder Charles Cherington in a statement. “Alyssa will play a major role in our growing infrastructure strategy as we continue to build Ara’s position as a leader in the decarbonisation space.”

Billed as a private equity firm specialising in industrial decarbonisation, the firm has focused on industrial and manufacturing, green fuels, food and agriculture sectors since it was founded in 2017.

In February, it launched a dedicated infrastructure programme and hired George Yong from ArcLight Capital Partners to lead it.

The fund, known as the Octopus Sustainable Infrastructure Fund, which the bank created alongside Octopus Investments, will invest in businesses developing infrastructure projects in sectors not yet covered by mainstream debt financing, likely to include battery storage and electric vehicle charging. The bank’s commitment is expected to unlock between £100 million and £300 million of private capital.

The deal marks the sixth investment for the bank, which has so far invested in digital infrastructure and the development of solar and wind power projects in the UK. In a statement, Octopus Investments’ head of alternative investments Robert Skinner said the bank’s commitment was “an important starting gun” and “there is now a tremendous opportunity for institutional investors to align their capital with the UK’s net-zero goals… while generating the necessary financial returns”. 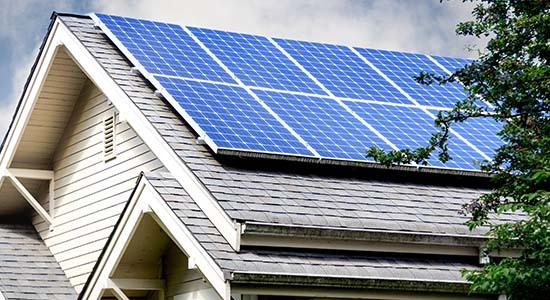 GIP’s $1.6bn deal clears way for distributed energy platform
Global Infrastructure Partners made what it called “our initial commitment in the distributed generation space”, according to a statement from chairman Adebayo Ogunlesi, after reaching a deal with TotalEnergies that will also see equity from Clearway Energy, GIP’s renewable energy development company, head the other way.

The French oil and gas major has paid GIP $1.6 billion for half of its 42 percent stake in Clearway Energy Group, which houses GIP’s stake in Clearway Energy. As part of the deal, TotalEnergies has also transferred GIP an approximately 50 percent interest in the TotalEnergies subsidiary that holds its 51 percent ownership in SunPower, the US’s second largest residential solar company. With Clearway owning a 5.7GW operating portfolio in the US, the deal is also TotalEnergies’ largest in the US to date.

As for GIP, Ogunlesi added that it believes distributed energy “will provide critical solutions to facilitate the nation’s clean energy future”. The roof is the limit for GIP, it seems.