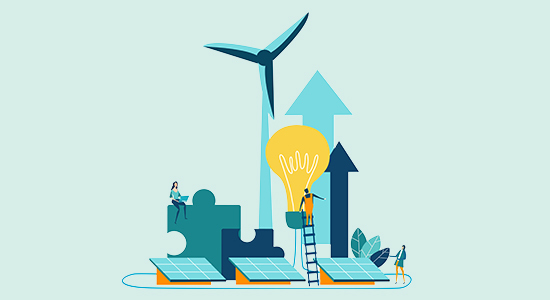 GIP going after the green
As we noted last week, LPs are hungry for an array of energy transition strategies beyond vanilla renewables and it seems value-add expert Global Infrastructure Partners is taking note. Sources have told Infrastructure Investor the manager is in discussions with LPs about potential strategies dedicated to the energy transition, across its equity or debt platforms or via managed accounts in both segments.

The Pipeline understands that development of this strategy could become clearer later this year, although that shouldn’t preclude GIP from investments in this space in the meantime. After all, it is no stranger to this sector, with investments in the US, Asia and UK offshore wind.

Ardian nears $1.5bn target for Americas fund
It may seem like small change when compared with the $1.2 trillion proposed by the US Bipartisan Infrastructure Framework, but French manager Ardian is set to make its own waves in the region, having raised $1.2 billion to date for its Ardian Americas Infrastructure Fund V, a source told The Pipeline.

This follows from its $820 million first close in March and should see the group reach its $1.5 billion target before the end of the year. That would almost double the $800 million raised by Ardian’s maiden effort in the region in May 2018. About 85 percent of the fund is reserved for investments in North America, with the remainder for select jurisdictions in Latin America.

Antin to jump on the IPO bandwagon?
IPOs are having a bit of a moment lately with private markets GPs. PE firm Bridgepoint, owner of Infrastructure Investor publisher PEI Media, is one recent example. Now, Bloomberg reports that French manager Antin Infrastructure Partners is mulling a listing, which could happen this year, perhaps on the Paris stock exchange (Antin is headquartered in Paris and London).

Should it go ahead with an IPO, Antin would add to a wave of European-listed fundraising totalling $58 billion this year, up from $8 billion in the same period in 2020, according to Bloomberg data. Antin declined to comment on the potential listing.

The French manager is fresh from closing its latest vehicle, the €2.2 billion Antin Infrastructure Partners Mid Cap I, targeting the mid-market with ticket sizes between €50 million and €300 million. In May, Antin also hired a team targeting “next generation infrastructure” assets, including Nathalie Kosciusko-Morizet, France’s former minister of ecology, sustainable development, transport and housing.

EIP to launch global fund after €1bn close
Energy Infrastructure Partners, an asset manager focusing on large-scale renewables and system-critical energy infrastructure, has raised €1.04 billion for its first European fund from more than 40 LPs and plans to launch a global product later this year, a spokeswoman told The Pipeline.

“Due to strong demand from our institutional investor base, we will expand our investment platform towards global investment-grade countries while still focusing on Europe,” the Swiss firm’s head of global client solutions, Beat Goetz, said in a statement announcing the final close of its Europe-focused fund.

The 25-year vehicle – which was launched in July 2018 when EIP was still a part of Credit Suisse (it spun out in November 2020) – is 75 percent allocated and has a portfolio including Nordic onshore wind, solar plants in Spain and an offshore wind farm in Germany. It is targeting a net IRR of 7 percent and a net long-term cash yield of 9-10 percent.

Does US infra need a financing quango? IFM Investors executive director Tom Osborne argues in our recent podcast there’s no shortage of debt and equity targeting the asset class

QIC’s Shojaie’s big move to the Big Apple
Arash Shojaie, who joined the asset manager in 2013 and has been based in Australia since then, has moved to New York to lead QIC’s renewable energy, telecoms, utility, waste and water infrastructure investments in North America, The Pipeline has learned.

He has been involved in the origination and execution of investment opportunities, primarily in Australia and North America, according to QIC, across a range of the aforementioned sub-sectors.

Shojaie’s move is not so much QIC expanding its investment strategy in the US, but rather “intensifying its investment activities”, a source told The Pipeline. While QIC has always targeted a range of sub-sectors in the US and North America, its investments to date have focused on decarbonisation and transportation/parking.

It seems that may now be broadened.

CalSTRS to join the infra debt party?
The increasing popularity of infrastructure debt in recent times has been no secret and we highlighted recently the important role it’s playing in the portfolios of LPs and their allocations. Now, it seems that the California State Teachers’ Retirement System could soon join the party.

In investment committee documents for a meeting held by the pension last week, it said “for this fiscal year, the team will explore and evaluate the merits of establishing an infrastructure debt strategy”. Indeed, CalSTRS already knows the merits, as it highlighted the “attractive risk-adjusted returns and cash yield” offered by infra debt. 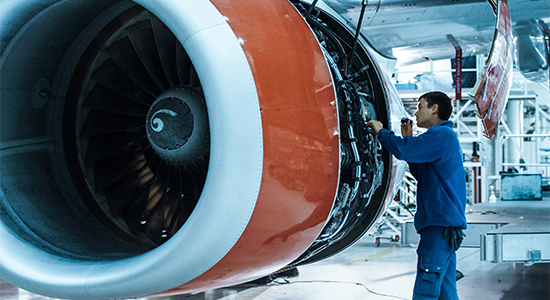 EQT at the double
Fresh from its recent offer for Solarpack, EQT has made another foray into renewable energy with the acquisition of vertically integrated renewables platform Cyprus Creek Renewables from funds managed by HPS Investment Partners.

Cyprus Creek owns and operates a network of 1.6GW of utility-scale and distributed solar and storage assets across 25 US states, with an “expansive pipeline” of future development opportunities.

The deal takes EQT Infrastructure V, which stopped “active fundraising” in April after reaching its €15 billion hard-cap, to 35-40 percent deployed, the fund manager said in a statement.

On the other side of the coin, the firm’s second vehicle, EQT Infrastructure II, has sold aviation leasing platform Unilode Aviation Solutions to Basalt Infrastructure Partners’ third fund. Unilode owns a fleet of 145,000 unit load devices, used for the transportation of baggage at airports, which it provides under long-term lease agreements to airlines and cargo carriers.

The deal is expected to close in Q3, marking Basalt III’s fifth investment and a vote of confidence in the prospects of recovery for the broader aviation segment following the pandemic.

Macquarie joins battle for Sydney’s empty skies
Following the surprise take-private bid for Sydney Airport by a consortium comprised of IFM Investors, QSuper and Global Infrastructure Partners last week, it seems a new group of investors may be about to throw their hat in the ring.

According to a Bloomberg report, Macquarie is considering a proposal to rival the IFM-led consortium’s A$22.3 billion ($16.7 billion; €14.1 billion) bid to take over the airport, and has begun speaking with potential co-investors – including local super funds – about the possibility of making a joint offer.

Macquarie declined to comment on the story and discussions may well come to naught. Whether or not their counterbid sees the light of day, this level of demand for an airport – in a city in the middle of another covid-19 lockdown, in a country not expected to reopen its borders for at least another year – is certainly proof that infrastructure investors are in it for the long term.