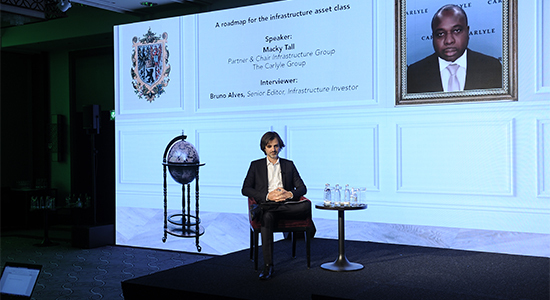 “The energy transition is not an option… that terrible war doesn’t change that reality,” Tall said, adding: “I do believe this current situation will accelerate that already existing strong trend toward renewable energy and other sources.”

Tall, who joined Carlyle early in 2021 after 16 years with Caisse de dépôt et placement du Québec, conceded the Ukraine crisis may mean that natural gas’s role as a bridge in the energy transition “maybe… is broken in the short term” because of the supply risks to Europe and higher prices in the medium term. However, “there are significant efforts to diversity that resource. There are discussions with Qatar, with North America. In my mind, natural gas is a key component and has a role to play in the energy transition [with] increasing economic incentive… in the short to medium term.”

With oil at above $100 a barrel, worries about further inflation are certainly warranted, but Tall circled back to the energy transition to highlight renewables’ deflationary impact, ending on a hopeful note.

‘Private markets need the state’
The Global Summit ballroom was packed as delegates gathered to hear legendary political scientist Francis Fukuyama debate whether liberalism was obsolete. Explaining his thesis, he harked back to the fall of the Soviet Union and the rush that saw oligarchs pick up state assets on the cheap.

“When the Soviet Union fell apart, there was a belief, especially among American economists, that somehow private markets would spontaneously arise once you got rid of the state,” Fukuyama told delegates. “The truth is you need a state to have private markets. You need a system of law and enforcement of rules. What you got instead was the Soviet Union transitioning out of a centrally-run economy and there was a Wild West where there were no rules and all the insiders were able to grab all the assets, creating oligarchs.”

Critics of Western deregulation and privatisation processes should take note of what a real Wild West looks like.

Goldman’s twofer approach to infra secondaries
Earlier this week, our affiliate title Secondaries Investor reported that Goldman Sachs Asset Management has become the latest big name to raise an infrastructure secondaries fund, for which it has amassed at least $125.6 million from 115 investors.

So, it was timely to have portfolio manager Henry Willans on hand at the Global Summit to explain how Goldman will approach infra secondaries. The three-word answer? As a twofer. Or as Willans explained it: “We’re trying to acquire value-add returns while taking core or core-plus risk.”

He elaborated: “We’re trying to acquire mature portfolios and underwrite for a value-add type return. But because we’re entering three years into an asset, very often they’ve been de-risked.”

That plays a part in helping Goldman to achieve the mid-teen net returns Willans called “reasonable for infrastructure secondaries”. But it doesn’t tell the whole story. The rest of the equation? “Take advantage of sellers generating returns for non-economic reasons,” Willans advised, and you will find interesting secondaries opportunities and appealing valuations. An example could be a seller mandated to divest gas-generating assets for non-economic reasons.

In short, make sure you don’t lose a good buying opportunity.

Fair winds
Covid-induced macroeconomic tailwinds have certainly caused havoc in transport – particularly for assets largely dependent on passenger footfall – but ports are having a field day.

Pantheon’s 2019 secondaries deal for Ports America – a single-asset restructuring involving Oaktree Capital Management, which it recently exited – is a case in point. Coming in at a time when ports were not performing particularly well, Andrea Echberg, Pantheon’s head of global infrastructure and real assets, told attendees the asset subsequently saw what was more or less a “doubling” of its EBITDA. The latter was largely driven by a clear shift in consumer patterns and spending that resulted in a “real rise in the amount of shipping coming through what was a very diversified portfolio”, Echberg said.

Noting the firm had exited at “a good time to be exiting these types of assets”, Echberg wouldn’t be drawn on the sale multiple. However, she did point out that similar asset valuations are now, generally, “way up in the twenties”.

So, what’s next for transportation? Expect another imminent paradigm shift for the sector, this time driven by high inflation, rising energy costs and a squeeze on consumer spending, Echberg predicted.

“It’s not just about respecting the law, it’s about doing the right thing as well”

Alex Waller, PATRIZIA’s head of infrastructure debt, predicts LPs will challenge managers more on ESG in the wake of Russia’s war on Ukraine

PEI Media is raising money in aid of UNICEF, in an initiative launched at the Infrastructure Investor Global Summit in Berlin.

The 7.5 million children in Ukraine are now at risk as the conflict continues to escalate. With explosions in major cities across the country and thousands of families being forced to flee their homes, UNICEF is calling for an immediate ceasefire.

More than 3 million people have now fled Ukraine, with the number expected to climb to 5 million. UNICEF is working around the clock to keep families safe. 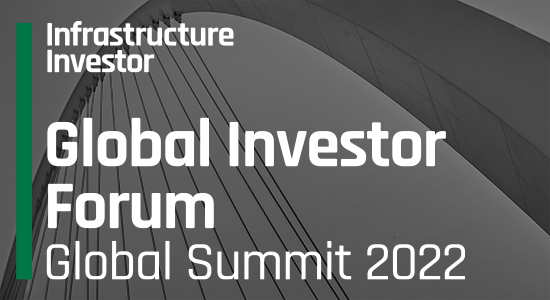 Here are three sessions you won’t want to miss today:

For the full agenda, go to our Global Summit homepage.