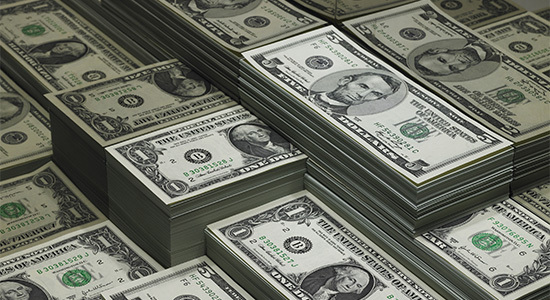 Goldman’s West Street looks north after first close
As we enter the final weeks of 2021, Goldman Sachs is anticipating ending the year just over halfway to its $4 billion target for its West Street Global Infrastructure Partners IV, sources have told The Pipeline.

The manager is anticipating commitments rising to just over $2 billion after it recorded a $1.9 billion first close in the autumn, which the sources said came predominantly from re-ups. Goldman re-entered the market at the beginning of 2021, shortly after fully committing its predecessor fund, which closed on $2.5 billion in 2018.

The fourth vintage has agreed two deals to date – the SKr8.1 billion ($885 million; €784 million) acquisition of Adapteo, provider of modular buildings across northern Europe, as well as that of Amedes, the medical diagnostic services provider from Antin Infrastructure Partners, alongside OMERS Infrastructure and AXA IM.

UBS’s troubled waters
Macquarie Asset Management‘s acquisition in the summer of a majority stake in the UK’s Southern Water may have helped relieve the pressure on the utility’s minority shareholders. Still, UBS Asset Management, one such minority owner, is feeling the heat after Southern Water was handed a £90 million ($119.5 million; €105.9 million) fine by the UK courts shortly before the Macquarie deal.

A “large holding” in the company by UBS’s 2008-vintage International Infrastructure Fund I – equivalent to 23 percent of the remaining portfolio before Macquarie’s entry – is “particularly weighing on returns”, according to a document released by the East Sussex Pension Fund. The pension has £30 million invested in the vehicle and is, incidentally, a catchment area of Southern Water’s activities. As a result, the UBS holding has been marked down by 33 percent and the fund has been generating a 4.3 percent return since inception, “lower than many other funds” in the East Sussex portfolio, it said. UBS declined to comment.

East Sussex, however, has a plan. It added in the documents that the “secondary infrastructure market at the moment is very buoyant” and it “could conceivably sell the UBS infrastructure fund without needing to provide much of a discount”. Secondaries investors, form an orderly queue.

Digital infra is essentially pricy
The “essentiality of digital infrastructure” has become plain for all to see in our post-pandemic world, Partners Group wrote in its private markets outlook for 2022. Unfortunately, that “essentiality” means “sector valuations have skyrocketed”. That’s made Partners change tac, realising value in “high-priced markets and reposition[ing] our activities on fast-growing emerging sectors”.

So, what’s particularly pricy? High-speed broadband networks, for one. “This asset class is extremely competitive in developed markets, with high entry valuations and overbuild risks,” Partners found. Data centres too, having experienced a “flurry of activity from both corporate and financial investors”, the GP said, adding: “While we are fundamentally positive on the sector, current valuations are often unattractive, at least in developed markets.”

If you want to make the most out of the digital infra revolution without burning a hole in your wallet, it seems you have to start looking beyond mainstream markets.

Don’t miss our special Climate Issue!
We’ve just released our December/January edition, our last magazine of the year, and it is entirely dedicated to the intersection of climate change and infrastructure. With global temperatures on track to rise by at least 2.4C by the end of the century, physical climate risk is something infrastructure investors and managers will have to address. Although investing in clean energy is one part of the solution, this special issue on climate change goes deeper, looking at adaptation, resilience, nature-based infrastructure, long-duration energy storage, smart grids and decarbonisation, among others.

If you’re a subscriber, download a copy of the issue, or head to our hub to navigate the different articles online.

Watch out for those shortlists soon!

“Now, when it comes to investment choices, they are currently relatively limited. And the few options that exist too often come with a lot of small print, which includes big consequences.”

CIP adds new partner from Macquarie
After more than 13 years at Macquarie – where, according to a LinkedIn post, he learnt everything he knows about infrastructure and renewable energy development – Nischal Agarwal has left the Australian manager for a new role at Copenhagen Infrastructure Partners. His initial focus as CIP partner “will be on building the pipeline and on execution of live offshore wind projects in Europe”.

A timely hire considering that, also last week, the Danish fund manager announced a partnership to develop an energy island in the Danish North Sea. CIP is acting as project developer on behalf of an investor consortium comprising PensionDanmark and PFA, as well as Denmark’s largest utility company, Andel.

Roll it again, Sam? Not so fast, LPs say
Continuation funds are all the rage. Of the roughly $29 billion of GP-led transactions completed in the first half of this year alone, 85 percent were continuation vehicles, per Jeffries. In this environment, LPs need to be comfortable with the GP’s rationale for the process and why it’s more value-accretive than a straight sale, Karin Hyland, a senior investment director at abrdn, told attendees at PEI’s Women in Private Markets Summit last week, as reported by affiliate title Private Equity International.

“More and more in the last few months, I’ve seen opportunities come to us that suggest, ‘Has the GP heard of a co-investment?’ or ‘Why is this a continuation fund rather than a co-investment?’,” she said. “Because sometimes it just looks like a co-investment with economics attached and secondary players being involved.”

There’s a higher bar for continuation funds, Hyland added, including early engagement with LPs, transparency around the price discovery process and clear alignment from the GP in terms of a meaningful commitment to the vehicle. 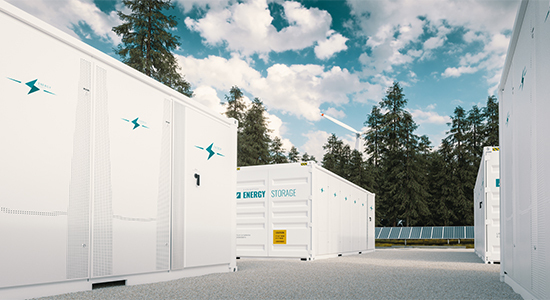 The Hazelwood Battery Energy Storage System, which will be built at the site of the former Hazelwood Power Station in the state of Victoria, is funded by GIG and Engie, and will be built and operated over a 20-year period by energy storage provider Fluence. Connecting to existing network infrastructure at the site, it is expected to provide 150MW of flexible energy and much-needed grid stability for the state. The battery is scheduled to be operational by November 2022, with construction already underway.

In a statement highlighting the role of battery storage in accelerating the energy transition, GIG global head of energy technology Greg Callman said that “storage is critical in enabling ever-expanding renewables capacity and use, to ensure that electricity networks are resilient, reliable and flexible”.

Subscribe now and get The Pipeline delivered to your inbox each week. To find out how, email our team: subscriptions@peimedia.com.