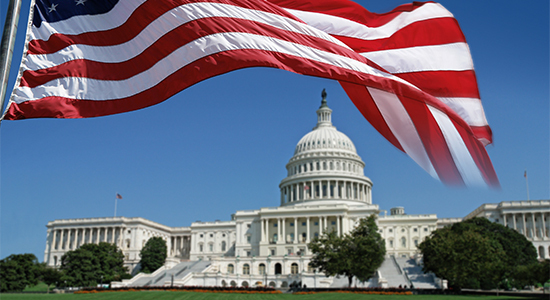 ‘Historic’ deal agreed for US infra
After weeks of wrangling on Capitol Hill following the initial agreement in June of a Bipartisan Infrastructure Framework, US President Joe Biden hailed a “historic” agreement as senators settled on a package that would send an infrastructure bill to a vote in Congress. Compromise was key in the 67-32 Senate vote, with the $1.2 trillion agreement seeing $29 billion of the original $579 billion in new spending chalked off.

One of the aspects that was removed was the proposed Infrastructure Financing Authority, a vehicle that was to be seeded with $20 billion of funding and designed to catalyse $180 billion more in private investment. The narrower Transportation Infrastructure Finance and Innovation Act programme still exists, although the removal of the IFA will go down as yet another doomed US infrastructure bank initiative

This all came alongside the White House’s other big infrastructure announcement last week: a series of cybersecurity initiatives for critical infrastructure. A White House official said the US had “really kicked the can down the road for a long time” on this matter.

Is the era of infrastructure stagnation finally coming to an end?

A source told The Pipeline that early investors were informed that a hard-cap would be set at $6 billion-$6.5 billion, though no formal cap was eventually imposed and about 100 LPs committed to the fund.

It is thought that the fund has agreed six deals, including one for telecoms group Cincinnati Bell, a $2.9 billion transaction that usurped a previous agreement reached by Brookfield. Other deals are believed to include a container terminal operator in California and a toll road in Mexico.

Finish line in sight for Foresight
The end is nigh for the Foresight Energy Infrastructure Partners fund, the energy transition vehicle launched in 2017 by UK-listed manager Foresight Group. A close on a revised hard-cap of €950 million is anticipated by the end of the quarter, Foresight’s chairman Bernard Fairman told The Pipeline, following an original target of €500 million and hard-cap of €700 million.

That figure had been exceeded in June when FEIP announced an interim close of €716 million, plus €170 million of co-investments, with support coming in particular from UK and Swedish investors. Sweden saw FEIP’s first investment last year – a 231MW wind project – and a further three deals have been added since.

The rush of capital this year for FEIP serves as another reminder of how renewables funds are flexing their muscles in the infra fundraising market.

In a statement, the firm said it had secured the SMAs from international financial institutions to take advantage of the upward trend in infrastructure investment. Keppel noted that investors saw the asset class as being “less susceptible to major economic cycles [and] short-term fluctuations” and felt it provided “sustainable, stable and predictable income streams”.

Last year, the firm raised $570 million for its Asia infrastructure fund and co-investment vehicles thanks to a $150 million commitment from the Asian Infrastructure Investment Bank.

BlackRock Real Assets’ global head Anne Valentine Andrews tell us of a new trend in how LPs are allocating to infrastructure. Read the full interview here.

Blackstone names new head of infra portfolio operations
Brian Tierney, who spent more than two decades with American Electric in a variety of senior roles, has joined Blackstone as a senior managing director and global head of infrastructure portfolio operations and asset management. In a statement, Blackstone said Tierney will liaise with portfolio company chief executives to “drive value-creation initiatives”. He will replace Steve Bolze, who will retire and become an executive adviser to Blackstone Infrastructure Partners in Q4. BIP global head Sean Klimczak said in the statement that Tierney “has a stellar track record with over 25 years of operations, strategy and finance experience in the infrastructure industry.” He also thanked Bolze for his “tireless dedication over the past four years”.

The hire comes at a time when BIP’s open-end vehicle is gearing up to return to market. During a Q2 earnings call on 22 July, Blackstone president and COO Jonathan Gray revealed that the $14 billion the fund had raised was more than 70 percent committed.

OMERS hires for ESG, telecoms roles
The Ontario Municipal Employees Retirement System has hired two senior executives to help build up the telecommunications and ESG capabilities of its infrastructure team.

The Canadian pension’s infrastructure group announced it had appointed Timm Degenhardt as managing director for asset management and Bruce Schlein as director and head of ESG. Degenhardt and Schlein will be based in London and New York, respectively.

OMERS said it would draw on Degenhardt’s experience in telecommunications – which includes a stint as CEO of German fibre network operator Tele Columbus – to support the pension’s European investments as it looks to “double its exposure” in the telecoms infrastructure space.

In the newly created role of head of ESG, Schlein – who most recently co-led the corporate sustainability team at Citi – will be tasked with overseeing OMERS’ global ESG strategy and “expanding its strengths in this important area”. 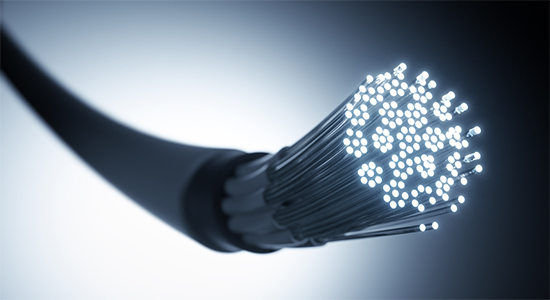 Stonepeak sees LatAm light with $2.7bn Lumen deal
Stonepeak has added to its burgeoning digital infrastructure portfolio with a $2.7 billion deal for the Latin American communications business owned by Lumen Technologies. The firm was joined by AustralianSuper in the deal, which represents a 9x multiple on the business’s 2020 EBITDA.

The portfolio includes an extensive fibre footprint across the region, in addition to data centres and subsea cables. Brazil, in particular, is thought to be one of the strongest areas for growth.

Stonepeak’s purchase mirrors its digital infrastructure moves in other regions, such as the 2018 acquisition of euNetworks and the 2020 move for Digital Edge in Asia-Pacific. The sector is now thought to account for about half of the group’s portfolio.

Meridiam said the $702 million transaction was expected to close before the end of the year, and noted that the proceeds would “fund the company’s future growth through the deployment of additional public EV charging sites”. Allego currently has more 26,000 public EV charging ports across 12 European countries. The deal gives the combined company an implied equity value of $3.14 billion and will see it listed on the New York Stock Exchange.

According to a statement, Meridiam – which acquired Allego in 2018 – intends to remain a shareholder in the combined company, rolling 100 percent of its equity and retaining 75 percent of the combined equity.