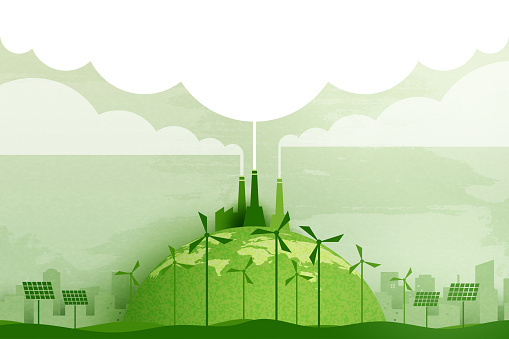 ICG closes on €1.5bn for debut SDG-aligned infra fund
Intermediate Capital Group has wrapped up fundraising for its first infrastructure fund, raising €1.5 billion – against a target of €1 billion – from 40 LPs across Europe, Australia and North America.

ICG Infrastructure Equity 1 is pursuing what the manager calls “a green generalist strategy aligned to UN Sustainable Development Goals”. It has already deployed €1 billion – €600 million committed from the fund plus €400 million in co-investments – across five deals, with ICG targeting investments in renewables, energy efficiency, fibre, electric mobility and social infrastructure.

“It is a significant achievement for a first-time fund to receive such strong client demand and significantly exceed its target in a challenging macroeconomic environment,” said Benoît Durteste, ICG’s CIO and CEO.

Given how hard first-time funds have it in the market – more than half of the LPs surveyed in our LP Perspectives Study 2022 have a ‘no first-time funds’ rule – Durteste should be very happy indeed.

FERC makes U-turn on pipeline emissions…
Five weeks is a long time in energy regulation, so goes the infrastructure adaptation of the political saying. In February, the US Federal Energy Regulatory Commission released a rather significant policy statement, explaining how it will “assess the impacts of [pending] natural gas infrastructure projects on climate change”.

The draft policy caused its own political emissions, with Senator Marco Rubio describing the move as “evidently intended to delay and prevent project certifications” and to “deter investment in the natural gas sector”.

And so it was, last week FERC chairman Richard Glick reversed the position, saying that perhaps the original statement “created further confusion about the commission’s approach to the siting of natural gas projects”, adding that it would be “helpful to gather additional comments from all interested stakeholders”.

Helpful indeed, but to whom?

…as energy-fuelled US LPs top infra ranking
US LPs would be one constituency that could benefit from the FERC’s reversal. The Singaporean research institute EDHECinfra has released its first global ranking of infrastructure investment strategies – the full report of which can be found here – and it was certainly interesting reading when it came to investments such as natural gas.

US investors, which the report noted tended to have a home bias, as was the case for many investors elsewhere, topped the one-year total return figure, generating returns of 14.02 percent, exceeding those of Australian and New Zealand LPs (12.85 percent) and EU investors (8.5 percent).

This “exceptional performance”, the report concluded, was “driven by the much higher exposure to conventional merchant power (coal and gas) and energy resources (among them also gas pipelines) of these investors”. For those wondering if this was a one-year anomaly, US LPs also showed the greatest returns (13.84 percent) over a three-year period too.

A penny for the thoughts of chairman Glick?

Forecast on inflation? Cloudy, says bfinance
Investors everywhere are wondering if record-high inflation might impact their returns, and infrastructure investors are no different. Insight from investor consultancy bfinance released last week attempts to quell some fears.

Among other things, the report finds that PPP investments are the most vulnerable to inflation risk, while utilities are the least sensitive. The analysis takes into consideration types of inflation, types of revenue model, costs and supply chains, financing arrangements and discount rate assumptions when providing the ranking.

Recommendations to LPs include seeking a robust analysis of investment strategy exposure – despite infra’s reputation, not all strategies protect equally against inflation – as well as prizing asset diversification as uncertain times persist.

What is certain is that of the cumulative $700 billion worth of capital that investors have committed to unlisted infrastructure equity, not every dollar will yield the return it was intended for before inflation skyrocketed.

Oliver Bradley, managing director at Macquarie Capital, explains the group’s fairytale approach to investing at our Global Summit, in Berlin

Botija is leaving his position as head of origination and investments for infrastructure at Columbia Threadneedle, where he spearheaded its open-end European Sustainable Infrastructure Fund. Before that, he had also worked at Hastings Funds Management and Infracapital.

With its most recent investments in the transport and digital sectors, HIG is looking further with the double hiring, with co-heads of infrastructure Andrew Liau and Ed Pallesen saying in a statement that “[Botija and Watts] have a strong history of involvement in energy markets and sustainability themes, enhancing our commitment to energy transition investments and ESG”.

The NZ$58 billion pension has established a joint venture with CIP to conduct a feasibility study on the potential for large-scale offshore wind in the South Taranaki Bight, off New Zealand’s west coast. The initial proposals could see a 1GW wind farm built, representing more than 11 percent of the country’s current electricity demand, with hopes that it could later be expended to 2GW.

It’s CIP’s first investment in New Zealand, with NZ Super Fund CEO Matt Whineray adding that it was a prime example of his fund’s desire to invest more in large-scale New Zealand infrastructure: “We are in the unique position of being able to attract best-in-class global partners on infrastructure developments that create positive environmental and social outcomes while delivering financial returns for New Zealanders through the fund.” 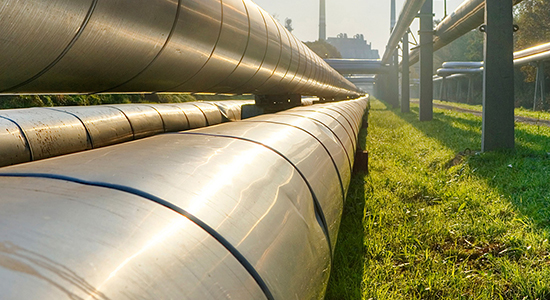 The deal values the business unit, which includes a 7,660-km network of transmission pipelines, at £9.6 billion ($12.6 billion; €11.4 billion), with the consortium also securing an option to acquire the remaining 40 percent on broadly similar terms in the first half of 2023.

National Grid put the unit up for sale after it shifted strategy to focus on electricity assets, divesting its gas businesses. Amid continuing debate among institutional investors over the role that natural gas has to play in the charge to net-zero emissions, the consortium made clear that it felt the transmission system was a “critical enabler” of the UK’s energy transition.

“Backed by our significant investment, the transmission system will play a leading role in making the network ready for this transition,” said Martin Bradley, head of MAM’s real assets team in EMEA. “In doing so it will support the expansion of hydrogen’s role in the energy mix to deliver a competitive edge to the UK and its industry, while working closely with the government and Ofgem to maintain security of supply.”

The transaction is expected to complete in the second half of 2022.

Hornsea 2 – which is expected to be the world’s largest offshore wind farm once commissioned later this year – spans an offshore area of 462 square kilometres and has a capacity of 1.3 GW. The 50 percent ownership stake in the wind farm is being divested by Denmark’s Orsted and mirrors its 2018 deal with Global Infrastructure Partners, which saw Orsted sell 50 percent of the 1.2GW sister site Hornsea 1 for £4.46 billion, also yet to be commissioned at the time.

In a statement, Mark Gilligan, head of infrastructure equity at AXA IM Alts, said the investment was in line with the firm’s strategy which “is all about decarbonisation, electrification, and digitalisation”.