Another iCONic ‘one and done’
Who doesn’t like a ‘one and done’? iCON Infrastructure just can’t get enough of them, it seems, having held a first and final close on approximately $3.6 billion for its latest flagship fund, iCON Infrastructure Partners VI. The fund has exceeded iCON’s initial target of $3 billion, with commitments from a “diverse group of blue-chip pension funds, asset managers, sovereign wealth funds and insurance companies from Europe, North America Asia and the Middle East and Africa”, according to a statement.

iCON head of investor relations Rishi Pabari said that it was the fourth consecutive time that iCON has held a first and final close for one of its funds in less than four months.

The raise follows iCON V, which closed on $1.9 billion in March 2020 and is the latest in a series of vehicles that have focused primarily on making investments in Europe and North America. iCON said the firm has invested in 36 assets since inception in 2011, exiting 12 of them at an average realised IRR of 29 percent and an average realised money multiple of 2.6x.

How’s that for value-add?

Launched in 2020, the fund has secured €144 million since its first close – reached in the same year as the fund’s launch – from a range of investors, including German institutional investors, a Dutch foundation and a Swedish pension fund.

According to a statement, the fund’s close is the first step in the firm’s aim to surpass €2 billion in total investor commitments this year, with SUSI anticipating further closings for its funds throughout the year as it raises additional capital for its Southeast Asia-focused Asia Energy Transition Fund, launched in 2019, and its recently launched Energy Efficiency & Transition Credit Fund, a follow-up to SUSI’s 2018-vintage Energy Efficiency Fund II, and reached a final close in 2020.

That’s the IR team being kept busy, then.

California dreamin’… of offshore wind
This year has seen a wave of activity in the US offshore wind sector, with the largest lease in the country’s history taking place off the New York Bight in February. The next stop for the tidal wave will be on the nation’s other coast, with the Biden-Harris administration announcing plans to auction off leases off the Morro Bay, in central California, and the Humboldt wind energy area, in northern California.

Said auction will mark the beginning of the first-ever offshore wind project on the American west coast. The proposed sale notice outlined lease areas totalling over 373,268 acres, stating that the development of the areas could result in over 4.5GW of offshore wind energy, with the deadline for applications for the auction slated for the start of August.

That would be welcome for a sector suffering from multiple supply chain issues.

Dark waters
There is, though, darker news for water assets away from the US coast. Climate-related risk should be a well-considered part of all due diligence now, but one area that perhaps gets overlooked in the infrastructure space is water security.

A report published by non-profits CDP and Planet Tracker in May found that financial institutions are exposed to significant risks over depleted or contaminated water supplies, particularly in the oil and gas and electric utilities sectors.

The analysis found that $13.5 billion in assets are already effectively stranded, with more than $2 billion at risk on major infrastructure projects thanks to an increasing demand for water coupled with the quality of water depleting over time and climate change’s exacerbating effects. This in turn could result in reduced production, increased costs and lower revenues for many assets.

While many will be factoring in water risk to some degree, it might not hurt to take the plunge now – or risk being underwater later.

“Will it impact on their ability to be quite so disruptive in the offshore [wind] market? Potentially… here’s only a 25 percent tax on the extraordinary profits that they received, so they’re still rolling in it”

An analyst at an independent advisory firm focusing on the energy sector shrugs off concerns oil majors will reduce investment in offshore wind following the UK government’s windfall tax.

Brookfield’s contrarian approach to GP commitments
The Ventura County Employees Retirement Association has become the latest investor in Brookfield Infrastructure Fund V, although its $40 million commitment will be a drop in the ocean in a fund that the LP said in documents is expected to exceed its $25 billion target.

Key to VCERA’s commitment, according to a note by chief investment officer Dan Gallagher, is Brookfield’s 25 percent GP commitment to the fund, an amount that would total $6.25 billion, assuming Fund V’s target is reached. Gallagher wrote it “continues to be highly unusual to see a manager invest such a large percentage into its fund”.

Track record, of course, is an additional plus for VCERA. Brookfield’s flagship infra funds target a net IRR of 10 percent, exceeded by all four previous vehicles, with the two most recent funds posting IRRs of 13.2 percent and 12.1 percent, respectively. 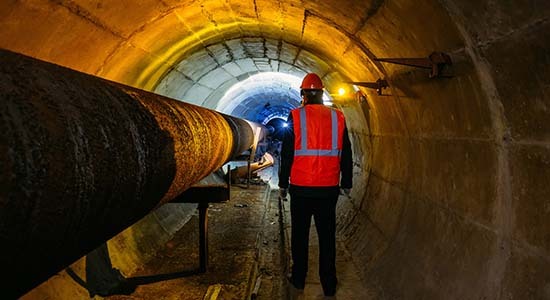 While the project may have a 125-year concession, DIF last week waved goodbye to its 10.66 percent share, selling to the existing consortium partners. While the sales price was undisclosed, INPP said it paid £40 million ($50 million; €47 million) to increase its share in the project to 18 percent. The sale arose as the 2012-vintage DIF Infrastructure III comes to the end of its life.

The 2015-vintage DIF Infrastructure IV vehicle also sold its stake, despite not having the same immediate obligation. However, the deal was an “attractive transaction” and demonstrated stronger joint governance than selling apart, DIF partner Allard Ruijs told The Pipeline.

No funny smells in this deal, then.

Hull Street takes on coal decommissioning
DC-based Hull Street Energy has taken an unusual step with what it described as a “strategic investment” in Energy Transition and Environmental Management, or ETEM. ETEM is an early-stage firm seeking to decommission and repurpose coal plants.

Hull Street declined to comment on details on the size of its stake and the amount paid for the Texas-based ETEM. Indeed, details are scarce on ETEM itself, which was founded earlier this year by Matt Blake.

Nevertheless, The Pipeline understands that Hull Street views the deal as part of its energy transition strategy, for which it closed its second fund on $1.1 billion in April. In a statement, it said it had gained a “meaningful foothold” in a “multi-billion-dollar energy transition segment” through its investment in ETEM.

A bold call for the young shoulders of ETEM, then.