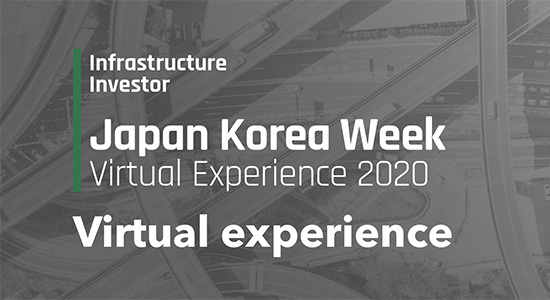 We’re kicking off this week with two virtual events – the Seoul Summit and Tokyo Summit – otherwise known as Japan Korea Week. There’s a rich roster of keynote speakers, presenters and panel discussions to choose from and tune in to, including interviews with Janghwan Lee of LOTTE Insurance; GPIF’s Yoshitaka Todoroki; and a presentation by Hideya Sadanaga of Japan Post Bank. Panel sessions will explore everything, from how to invest during a downturn, to how Japanese LPs view GPs, to how covid-19 has affected Korean LPs’ investment strategies. In addition to the expansive and insightful content on offer, online attendees will have the opportunity to network virtually, including via one-on-one video meetings, and to participate in live Q&A sessions and roundtable discussions. It’s not too late to register, so we hope you’ll join us by clicking here.

Azimut is expecting to hold a first close next month on its maiden infrastructure fund about a year after launching its infrastructure and real estate division.

The Italian asset manager’s chief executive of infrastructure and real estate, Andrea Cornetti, told us it had collected about €100 million since formally launching Infrastructure for Growth-ESG in May. He added that Azimut expects a first close ranging from €300 million to €400 million ahead of a €1 billion target.

We’ve previously documented the increased segmentation in the asset class, and Azimut’s effort has two niches: it will only be investing in Italy and will solely target social infrastructure assets ranging from elderly care and medical facilities to sports facilities and student accommodation. Cornetti said the fund has received interest from both Italian and international investors and targets returns of about 6 percent. He also said that although discussions with investors had been positive prior to covid-19, the pandemic had increased interest in such an offering.

Staying with Italy, KKR is set to gain a significant foothold in the country’s broadband network after telecoms group TIM accepted the firm’s €1.8 billion bid to become a 37.5 percent shareholder in FiberCop.

The newly established FiberCop will own TIM’s secondary broadband network and Flash Fiber, a fibre optic network covering 29 cities and owned by the telco. The agreement is seen as “a turning point for telecommunications in the country”, according to TIM. However, the deal could only be agreed after the Italian government dropped plans to merge TIM with the Enel-owned OpenFiber and create a single national fibre network, having previously asked TIM in August to halt the sale to KKR, according to the Financial Times.

But what’s that about ageing European broadband networks and monopolistic businesses? The FT also reported last week that KKR is monitoring developments in the UK at BT, whose Openreach fibre network has piqued the interest of some infra investors. Watch this virtual space.

‘Infrastructure’s resilience in the face of declining GDP was displayed by Patria Investments after it raised $2 billion from mostly international investors for infrastructure assets throughout Latin America.

The Brazilian private equity firm, which is 40 percent owned by Blackstone, secured the final closing of Patria Infrastructure Fund IV in the week Brazil officially entered recession following the impact of covid-19. Patria will invest the fund in the logistics, energy, telecommunications and sanitation sectors throughout the region, with 60-80 percent of the capital earmarked for Brazil.

The closing comes despite Brazil having one of the highest death tolls from the pandemic. The fundraise is also a sign that investors are showing interest in accessing Brazil’s infra sector again, after many left the market over the past decade due to economic volatility, political turmoil and corruption scandals. Brazil’s government has sought in recent years to attract foreign capital with regulatory changes and investment initiatives such as the Investment Partnerships Programme.

“What’s the lesson we’ve all learnt? That s**t happens. I don’t think any of us could have spelt the word epidemiology six months ago. Now, we are all quasi experts.”

A fund manager on navigating the disruption brought on by covid

All aboard the renewables Cbus

Former BlackRock executive Justin Arter commenced his role as Cbus CEO last week and will oversee the fund’s commitment to reach net-zero by 2050, alongside a target to reduce emissions by 45 percent on 2010 levels by 2030.

The fund already had a ‘net zero by 2050’ target for its infrastructure portfolio, but CIO Kristian Fok said that under the new roadmap Cbus would invest “further in renewable energy and climate solutions”, while developing a strategy to better identify the risks of investing in assets that could become stranded.

The Australian Financial Review reports that Cbus has not explicitly committed to divesting itself of thermal coal assets, which could mean a bulky renewables deployment for Fok. GPs – form an orderly queue. 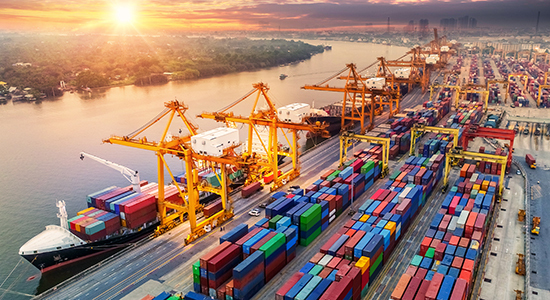 Canadian pension CDPQ and global logistics and port operator DP World will be investing an additional $4.5 billion in the port terminals platform they jointly launched in 2016, which currently comprises 10 ports in Canada, Chile, Australia and the Dominican Republic.

The additional capital brings the total size of the platform – owned 55:45 by DP World and CDPQ respectively – to $8.2 billion.

So what to make of a $4.5 billion commitment to the ports sector in light of the pandemic? “It’s clear that covid has taken a hit on global trade,” CDPQ’s head of infrastructure, Emmanuel Jaclot, told us. “The ports that we are focused on are slightly less affected. They’re part of supply chains that have shown [themselves] to be resilient so far.”

A group of investors have reached a C$1.5 billion ($1.14 billion; €960 million) financial close on a large natural gas power plant development in Alberta that will help reduce the Canadian province’s reliance on coal.

Macquarie Capital, OPTrust, Axium Infrastructure and DIF Capital Partners, along with project developer Kineticor Resource Corp, have commissioned the Cascade Power Project, a combined cycle natural gas-fired facility that will generate 900MW of cleaner power than would be generated through coal. The plant is planned to meet 8 percent of Alberta’s power needs and will help cut the province’s overall emissions, which account for more than 50 percent of Canada’s emissions from electricity generation.

The investment is a nod to the notion that natural gas is part of the energy transition, while noting the unique challenges Alberta faces in decarbonising.

Today’s letter was prepared by Zak Bentley. Kalliope Gourntis, Jordan Stutts and Daniel Kemp also contributed. Subscribe now and get The Pipeline delivered to your inbox each week. To find out how, email our team: subscriptions@peimedia.com