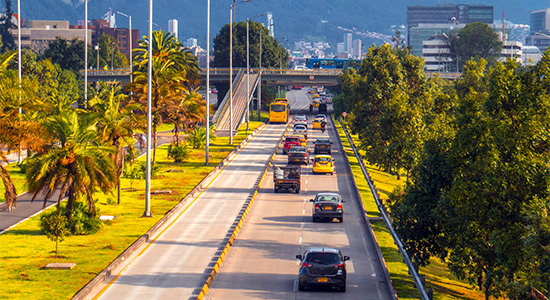 Macquarie hits the road in Colombia
When Macquarie Asset Management raised $6.9 billion for its Macquarie Infrastructure Partners V fund a few weeks ago, it was thought the bulk of this “Americas-focused” fund would be deployed in the US, with one investment at close already in Mexico.

That LatAm taste, however, has left it wanting more and last week the firm announced a partnership with Odinsa. The duo will create a platform combining the Colombian transport developer and operator’s road assets, with a combined value of COP4.3 trillion ($1.1 billion; €958.6 million). The  pair will also use the platform to target development assets in Peru and Chile.

The duo said in the statement that they would be creating a fund, in which each of them would hold 50 percent, to finance the growth. When asked if external capital would be sought for the fund, a spokesperson for Macquarie told The Pipeline that “we expect to see opportunities to grow the platform over time”.

Brookfield begins chase for infra secondaries
With mega-funds, super-core, renewables and debt, there are a few strings to the infrastructure bow that Brookfield Asset Management does not have. Now secondaries is set to be added to that list after Keshav Bhojania joined the team last week as senior vice-president to head up its infrastructure secondaries strategy for EMEA in London.

His arrival from Goldman Sachs follows the arrival in June of Hamish Kidd in the same role in Toronto and targeting the secondaries market in North America. The strategy will focus on tackling GP-led secondaries and follows on from its efforts in real estate, where a fund has already been launched.

“All we’re doing is dealing with the same assets – types of assets that we deal with every day,” Brookfield chief executive Bruce Flatt explained earlier this year. “So we have the knowledge, and our clients are looking for solutions and places to put money to work. So we think it’s a highly additive business to us and easy for us to scale up.”

Infra welcomes another new player
One of the Nordics’ largest real estate investors, Niam, has formally launched its infrastructure investment platform, which it said would focus on sustainable investments in the Nordic region and northern Europe. The platform will be led by Sverker Åkerblom, who has joined from BlackRock where he oversaw renewable energy investments in continental Europe.

Niam Infrastructure’s first fund had its first close this summer on an undisclosed sum. It has also secured its first infrastructure deal with an investment in Solarwork, a Swedish-owned solar installation and service company. The firm said the fund will target small to medium-sized investments “with a focus on asset aggregation and risk reduction in primarily Nordic sustainable infrastructure”.

Åkerblom said Niam intends to invest Skr500 million ($58 million; €49 million) in Solarwork over the next five years. The future, it seems for Niam, is bright.

Louisiana’s Republican Senator Bill Cassidy on CNBC urges his colleagues to support the bipartisan infrastructure bill after the effects of Hurricane Ida.

Launched in June and headquartered in Leeds, the UKIB is tasked with boosting investment in infrastructure projects in sectors such as clean energy, transport, digital, water and waste. With a financial capacity of £22 billion ($30.4 billion; €25.6 billion), comprising equity, debt and guarantees, the organisation is expected to unlock more than £40 billion of overall investment.

Flint, who will take up his role later this month, will be steering the UKIB to meet its twin aims of supporting regional growth and addressing climate change. In a statement, Chancellor of the Exchequer Rishi Sunak highlighted Flint’s “outstanding financial and management experience”.

Aware plots overseas voyage
Aware Super, Australia’s second-largest superfund with A$150 billion ($111.5 billion; €93.9 billion) in AUM that was formed from two mergers undertaken last year by First State Super, has confirmed its thinking with regard to overseas expansion in a recent conversation with affiliate title Agri Investor.

Mark Hector, the fund’s senior portfolio manager, infrastructure and real assets, confirmed that Aware Super’s board had recently signed off a corporate plan to “seriously consider” opening offices outside Australia for the first time, most likely in Europe and North America.

“The plan to open offshore offices will particularly help with private markets deployment, whether it’s infrastructure, property, private equity or credit,” he said. It would also help the fund “get closer to the assets” in those jurisdictions, and help it to “find low-fee opportunities [via direct investments] rather than rely on managers”.

With downward pressure on fees a common refrain from Australian funds thanks to the country’s regulatory settings, Aware Super might not be the only superfund casting its eyes abroad. 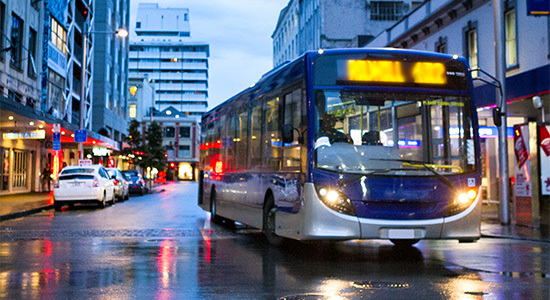 KKR boards New Zealand bus
KKR is set to acquire New Zealand transportation operator Ritchies Transport, in a transaction that will see the US-based manager make its first infrastructure investment in the country.

Ritchies is one of the largest bus companies in New Zealand, with more than 1,600 vehicles and 42 depots nationwide. It provides public transport in cities such as Auckland and Christchurch, and runs government-contracted school bus services across the country and inter-regional charter and tour bus services.

The deal will be made through the firm’s $3.9 billion Asia Pacific Infrastructure Fund. Although the size of the transaction is undisclosed, the firm said the Ritchie family would retain a stake in the company. Following the acquisition, Ritchies’ current director of operations, Andrew Ritchie, will be appointed as the company’s new CEO, replacing Glenn Ritchie who is set to retire.