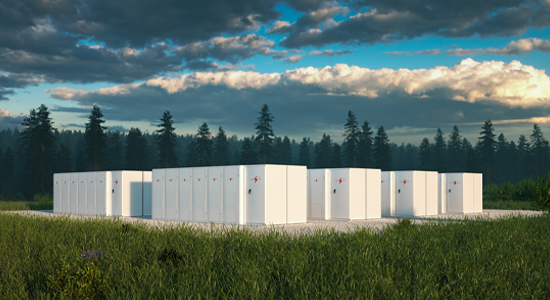 Eku Energy will consolidate the firm’s existing battery storage projects and, upon launch, will have 190MWh of storage capacity under construction, including a 40MW facility in the UK. The platform will also have a further pipeline of projects totalling more than 3GW across the UK, Australia, Japan and Taiwan, including a 150MW project in the Australian state of Victoria.

The Pipeline understands these will be financed through a combination of equity and debt, with the total expected capex for the 3GW pipeline estimated at $2 billion.

The new business will initially commence operations in the UK and Japan, with other jurisdictions awaiting relevant regulatory approvals.

Energy shocks boost Carlyle value
The Carlyle Group may have seen modest appreciation of its private equity (1 percent) and real estate (2 percent) portfolios, but infrastructure and natural resources were much more of a standout, with an 8 percent rise in Q3 to $22 billion, the company revealed last week. Taken over a longer period of time, that’s a 45 percent rise this year and a 52 percent rise in the last 12 months.

The reason for the explosive growth? “What’s happened with energy prices, and that part of the portfolio has performed even stronger,” according to CIO Peter Clare, on the firm’s earnings call. Indeed, its 2013-vintage Carlyle International Energy Partners and 2014-vintage Carlyle Power Partners II funds are generating IRRs of 24 percent and 76 percent, respectively, according to Q3 accounts.

Energy prices a boon – at least, for some.

Taaleri’s latest solar fund aims for new heights
The newly launched Taaleri SolarWind III Fund is set for a first close in early 2023, and the target will be “substantially higher” than Taaleri’s latest offering, the €354 million oversubscribed 2021 vintage second SolarWind fund, a spokesperson for the Finnish group told The Pipeline.

Already, the new fund has signed 17 potential projects, which would require €930 million to develop, and more projects are being acquired ahead of first close. The projects are all utility-scale onshore wind farms, solar parks and battery storage units, with a capacity of 3GW.

The spokesperson added that Taaleri Energia’s usual anchor investors – EIB, EBRD and Finnish insurers Varma Mutual and Ilmarinen – have all signed up for the new fund, which targets a net 10 percent IRR.

The 10-year fund is dark green, and aims to run projects from concept to operation and exit across the Nordics, Baltics, Poland, southeast Europe and Spain. There’s also a maximum 20 percent allocation to Texan projects.

Macquarie veteran plans early-stage European infra platform
An early-stage infrastructure platform will be launched in Q1 2023 by Willem Stitselaar, who has recently left a position as senior managing director at Macquarie Capital after 17 years with the group.

The sourcing of institutional capital will focus on earlier stage projects and businesses that can kick off developments needed for the energy transition. The initiative will also target mobility transition and digital infrastructure.

“There is a wide variety of projects where there is a real gap in development capital combined with the right expertise to develop and bring these businesses to platform scale,” Stitselaar told The Pipeline. “We hope to be complementary to existing offerings.”

Stitselaar acknowledges that there will be some venture-like elements to his platform. The declared strategy aligns itself with a current trend for infrastructure managers to enter ever earlier into project development, seeking to boost returns.

2022 awards: You have one week to send us your submissions!
The clock is ticking for Infrastructure Investor’s annual awards, the only infrastructure honours decided solely by the industry. After another very successful edition last year, with thousands of votes cast for our 60-plus categories, we are hoping for an even bigger 2022. If you’re wondering what should go into your submissions, we’ve compiled a handy guide for your convenience.

We are getting the ball rolling by inviting you to submit your firm’s achievements in 2022 by Tuesday 22 November. Don’t miss your chance to do so HERE.

This is step three in the British firm’s US invasion. Step one was setting up a partnership with MassMutual last year, while step two entailed the appointment of another Ed – Ed Colligan – as head of Americas this March.

Two Ed’s are better than one, it seems.

Sicilia defended private market investments, before citing Sydney Airport as a “great example” of how public markets can sometimes get valuations wrong.

“In December of 2019, just before the pandemic hit, Sydney Airport was sitting at a much elevated price [compared with] Melbourne Airport – that valuation gap was huge. The listed one was valued much more highly than the unlisted one.

“Then when the equity market dropped because of the pandemic, the price of Sydney Airport fell to broadly the same price as the unlisted airport was being carried at [in our portfolio] around the end of December 2019, broadly. Expert valuations are far, far superior to what listed markets can do.”

How did that end? An IFM Investors-led consortium joined forces (with Hostplus an investor in IFM’s funds) to acquire Sydney Airport – another victory for the private markets investors. 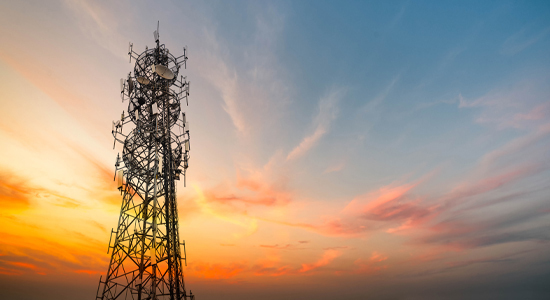 GIP, KKR seek towering advantage with €16bn Vodafone deal
Global Infrastructure Partners and KKR have teamed up with Vodafone in a €16 billion deal “to jointly transform Vantage Towers into a leading player in the European telecoms tower sector”.

GIP and KKR are investing at least €3.2 billion, through their core strategies, for a 32 percent stake in Vantage Towers’ new holdco, with the option of upping their stake to 50 percent. Vodafone, which originally owned 81.7 percent of Vantage, will hold the remaining interest. The partners will then bid €32 per share – a 19 percent premium to Vantage’s three-month value-weighted average share price – for the 18.3 percent held by minority shareholders.

Saudi Arabia’s Public Investment Fund will provide undisclosed funding for the transaction, while CalPERS is a co-investor via Tower Bridge Infrastructure Partners, a GIP-run SMA.

The transaction gives Vantage Towers an entry valuation multiple of roughly 26x adjusted EBITDAaL. The trio intend to grow the company, which has some 83,000 sites across 10 countries, through acquisitions, the building of new sites, and expanding its business activities to 5G private networks, data centres, edge computing, small cells and the Internet of Things.

A delisting from the Frankfurt Stock Exchange is being mulled post-closing, expected in H1 2023.