Infra GPs feel blue, but outlook improving
Managers are likely to want to forget Q2 2020 quite quickly and it seems that, although scars remain, the mood music among infrastructure GPs is beginning to pick up.

That’s according to da survey of about 40 managers in Europe and the Americas by the Global Infrastructure Investors Association and advisory group Alvarez & Marsal. Click here for the full findings, but below are some highlights:

Ain’t all sunshine
The GIIA survey may be showing plenty of support for renewables strategies, but will everyone be able to achieve what they want in this sector?

Ever the party poopers, we warned last year of some potentially unrealistic expectations for investors increasing allocations to the sector. Now, one source told The Pipeline this mismatch seems to be coming to the fore.

The source expressed concern that many of the most attractive assets in European wind and solar have been snapped up and that returns in the sector are sometimes not what they’re cracked up to be. There are also doubts about assets in today’s depressed power price environment, with subsidies and PPAs only covering a portion of the revenues generated.

Renewables has the wind in its sails, but there could be challenges later in the voyage.

In with the new, not quite out with the old
Sticking to the winners of the GIIA survey, the great wave of optimism for digital infrastructure is reflected by the five managers in our inaugural sector roundtable, to be published in our November issue.

For some, not only a new and thriving sector been introduced, but it’s also brought life back into the oft-forgotten and much-tarnished PPP model.

“The regulatory framework allowed us to create a business model that was balanced and that helped us deploy FTTH in rural areas,” said Aveen Ghurbhurn, partner at Vauban Infrastructure Partners, about France’s fibre PPP programme. “It was a fabulous instrument that made fibre in rural areas now very well deployed, compared to other regions in France.”

Send us your awards submissions!
It’s global awards time! Infrastructure Investor’s annual awards remain the only honours in the industry decided solely by the industry. After a very successful edition last year, with thousands of votes cast for our 63 categories, we are hoping for an even bigger 2020.

We are getting the ball rolling by inviting you to click HERE to submit your firm’s achievements in 2020 so far – the deadline is Friday 13 November.

After what we’ve all been through this year, it’s high time we had something to celebrate.

David Black, chief regulation officer at UK water regulator Ofwat, hits out at the decision by the country’s Competition and Markets Authority to overturn some of its price control proposals, in a letter seen by The Times

Ember Infra Powers up
Ember Infrastructure has hired industry veteran Caleb Powers as the two-year-old firm fills out its team after launching its inaugural $500 million fund in March.

Powers is joining Ember as principal after a two-year stint as a vice-president in The Carlyle Group’s infrastructure team and six years at Global Infrastructure Partners. At GIP, he spent time working alongside his new boss, Elena Savostianova, Ember’s managing partner.

Powers is Ember’s third senior hire over the past three months, with the firm also bringing in Kristel Ermel, from The Beekman Group, as director of finance and Amaury Normand, of Rubicon Capital Advisors, as associate.
Ember is focusing on investments in low-carbon energy, water, waste and industrial/agricultural infrastructure.

The fund was anchored this year with $150 million from Ontario Power Generation Pension Plan and Ontario Nuclear Funds. 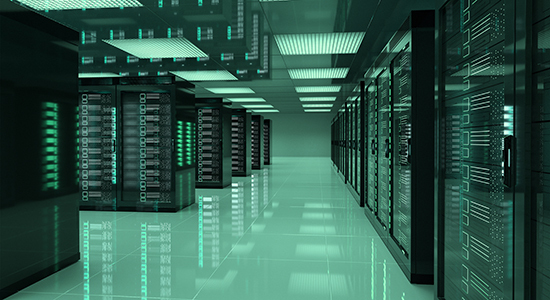 Digital anchor
I Squared Capital has made its presence felt in the global digital infrastructure market yet again with another splashy acquisition of a major player.

In a $2.15 billion deal, the fund manager agreed to purchase the pan-European and North American trans-Atlantic fibre network and data centre businesses of US-based GTT Communications. The transaction is expected to close in the first half of next year.

The deal is reminiscent of the firm’s $1.9 billion blockbuster 2017 purchase of Hong Kong-based HGC Global Communications. The HGC investment would go on to be one of the leading transactions for I Squared’s $7 billion Fund II.

The firm is currently in the market raising its third flagship fund, which is targeting $12 billion.

Macquarie latest to check in to healthcare
Macquarie Infrastructure & Real Assets has become latest manager to announce an investment in the healthcare sector. The London-based firm has made its first European investment in the space by acquiring, through MEIF6, Viamed Salud, a private healthcare group whose network comprises nine acute care hospitals, three rehab centres, 15 outpatient clinics and a nursing home in Spain. MIRA has invested in the sector before, acquiring stakes in two aged care companies in Australia and New Zealand, but has since sold those assets.

GPs we spoke with recently for our October Deep Dive on social infrastructure were bullish on the sector and were “not shying away” from it. Indeed, recent months have also seen EQT acquire a majority stake in Colisee, a French operator of nursing homes. In August, DWS entered the sector by investing in Medipass, a UK-based cancer care specialist.

While the world experiences a health crisis, it’s certainly an opportunity for the infra market.