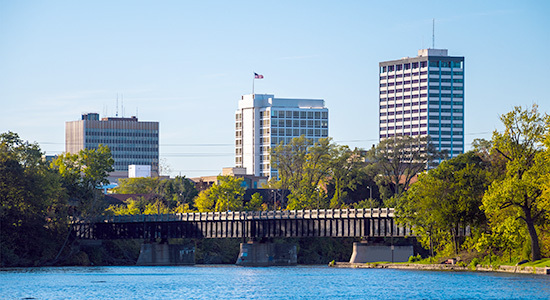 Senate win makes US transport plans less ornamental
After Democrats last week secured the narrowest of senate majorities, will president-elect Joe Biden finally be the one to fix US infrastructure?

A big part of this effort will be led by Pete Buttigieg, the former South Bend, Indiana mayor who ran against Biden in the primaries, now poised to be the next US Secretary of Transportation. The two unveiled similar proposals, although the political newcomer went further than the elder statesman in calling for major reforms to the federal Highway Trust Fund and fuel taxes to support electric vehicles.

It was only 11 months ago Buttigieg was mocked by his new boss’s campaign for installing “decorative lights under bridges” in South Bend.

Four years ago, Team Trump sold big promises of repairing the nation’s roads and bridges and came up short. Next to that, decorative lights would certainly be a start.

Astarte “finds opportunities for emerging managers and transforms them into asset managers” and “creates platforms where institutional investors will be able to have access to real assets” co-founder Stavros Siokos told The Pipeline. It is set to use Pacific Current’s investment to step up its efforts in this space.

According to Siokos, Astarte will be seeding a new “smart infrastructure fund” managed by one of its partners with $30 million, with the fund having an overall target of $600 million, investing in North America and Europe. “This platform will invest in infrastructure where we will also use technology to make it more efficient”, he said, including assets such as battery storage and electric vehicle charging infrastructure.

A new Astarte it is.

Korean investors forced to turn to core
South Korea is set to introduce a new risk-based capital system in 2023 that measures insurers’ available capital by applying market price valuation to their assets and liabilities, and the regulation is causing some concern among infrastructure investors.

Based on Europe’s Solvency II model, Korean Insurance Capital Standards is forcing investors to turn down some of the more higher-returning infrastructure investments.

“The K-ICS may weaken insurers’ ability to adapt to the increasing pace in making investment decisions,” Tae Euin Ahn, member of management at Partners Group, told The Pipeline. “Recent regulation trends are favouring core and regulated infrastructure assets. In order to address these changes, insurers are focusing more on assets that come with revenue certainty, shying away from, the so-called core-plus and value-add assets.”

Just as well then that regulated assets are on their way back. 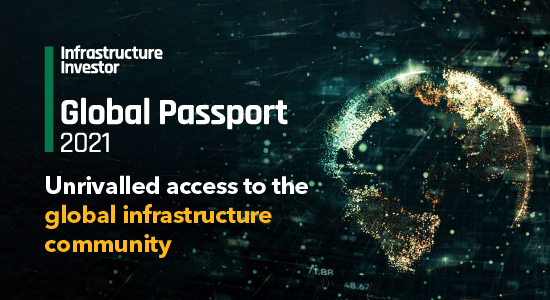 Join us to discuss top trends for 2021
Selected investors will be able to tune in to our behind-the-scenes insight on 2021 this Wednesday, including a preview of the annual Perspectives study, the three main stories we’re looking at, and what we’re hearing on digital infra bubbles and concrete ESG developments.

It’s a live, off-the-record, hour-long briefing on the Infrastructure Investor Global Passport (find out more about that at here). Investors should register their interest for this free and private event by emailing Katherine Watson at katherine.w@peimedia.com

“Ours is profitable. I see lots of people going after companies with a negative EBITDA, but we’re not”

An infra GP defends its electric-vehicle charging business, although clearly believes there is work to be done elsewhere in the sector.

Two heads better than one at Allianz
A new year has ushered in a new era at Allianz Capital Partners, as the long-serving Christian Fingerle has departed his role as chief investment officer and head of infrastructure. He’s been replaced internally by Andrew Cox and Michael Pfennig as co-heads of infrastructure.

Fingerle, who had worked on infrastructure and renewables deals for the group since 2007 and held the previous post since 2015, exited at the end of 2020 to “pursue interests outside the company”, according to an ACP spokeswoman.

Cox and Pfennig have both been promoted from their previous positions as managing director, and are based in the UK and Germany, respectively.

Seems like the end of the Brexit transition period is not marking an end to cross-border cooperation at ACP.

The firm last week appointed Dalmore Capital associate Yasin Alimam as an investment executive, as it aims to leverage on his experience on deals including Anglian Water and the Thames Tideway ‘super-sewer’. Michel-Verdier also said this investment team expects to have a further three additions over the next six months.

He added in a statement that Alimam’s appointment will help in “expanding our reach into Asian and Middle Eastern markets”.

Renewables don’t look ‘smart’ to Unisuper
Renewable energy is generally considered to have weathered the storm of covid-19, but Unisuper CIO John Pearce isn’t ready to jump on the bandwagon.

Speaking to the Australian Financial Review (paywall), Pearce said it would be “smarter” to invest in upstream suppliers and raw materials instead of energy generation because an oversupply of investors means assets are higher-risk than many think.

“I’m not keen at all at the moment to get involved in investments in renewable energy,” he said. “When you’ve got so much capital chasing such a pervasive theme you can guarantee the economics are starting to get priced out of things. You’re counting on pretty much the price of energy to stay where it is, or maybe to increase, to make this asset really work. That’s not going to happen.”

It’s a contrarian view, but Pearce will be hoping the long-term outlook will vindicate him. 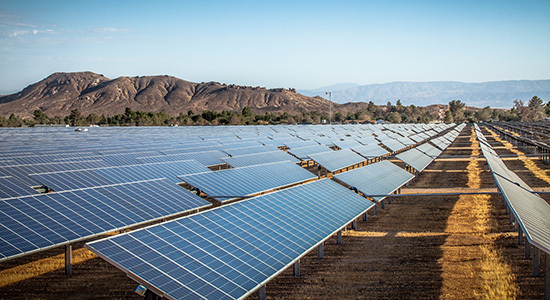 North America’s sunny start
The end of 2020 and the beginning of 2021 saw two North American powerhouses place their bets on the region’s renewable energy prospects.

Global Infrastructure Partners is finally investing capital from its mammoth $22 billion flagship fund. At year’s end, the US firm sealed the first deal from GIP IV after closing the vehicle back in December 2019, finishing up Fund III deployments, and surveying how the pandemic was reshuffling the global economy.

So, where did GIP strike first? The firm acquired a 16GW renewables portfolio in the US from long-time energy investor MAP Energy.

Meanwhile, Carlyle’s infrastructure group began the year with a hope for bright days ahead in 2021.

The US firm, via both its Global Infrastructure Opportunity Fund and Renewable & Sustainable Energy Fund, put $374 million in the hands of Canadian renewables developer Amp Solar Group, which has already built a 1.8GW portfolio of distributed and utility-scale projects, as well as energy storage products, in North America, Asia-Pacific and Europe.