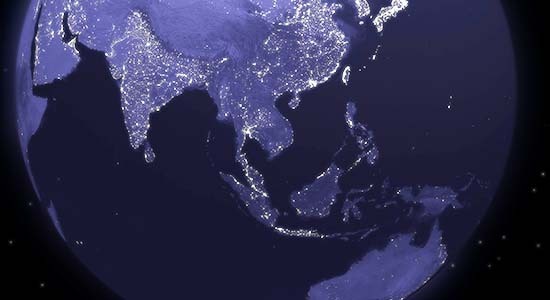 Patrizia gears up for APAC offering after Whitehelm buy
It’s been just a couple of months since Patrizia completed its acquisition of the Whitehelm Capital team, but it seems there’s little time for bedding in. Sources have told The Pipeline that the group is in pre-marketing for a new APAC-focused infrastructure fund, said to be looking to raise about $500 million.

The move would see it target investments in Australia as well as in Southeast Asia and will see it link up again with Japan’s Mitsui. Under its old guise at Australia’s Challenger Limited, the team that transitioned into Whitehelm had partnered with Mitusi in 2008 to launch the Emerging Markets Infrastructure Fund, focused on deals in parts of Asia, South America and Africa.

The Pipeline also understands Patrizia is preparing successor funds later this year to the Whitehelm European Infrastructure Fund II and Infrastructure Debt Partners I strategies, launched in 2019 and 2020, respectively.

New owners then, but as you were.

UK goes back to the future with nuclear focus
The UK’s Energy Security Strategy is out, and it wants to generate 95 percent of the country’s electricity from low-carbon sources by 2030.

At the heart of that gambit is a pledge to Make Nuclear Great Again following “decades of underinvestment”, with up to eight new reactors generating 24GW of electricity by 2050, up from 7GW today. Colour us unsurprised, given the charm offensive around Sizewell C at our recent Global Summit.

Offshore wind and solar are the other big winners, with plans to develop 50GW of the former by 2030, up from 11GW today, and 70GW of the latter by 2035, a five-fold increase on the 14GW installed. Hydrogen gets a 10GW target by 2030, half of it green. This means the other half will have to be either blue (using pricey natural gas and pricey, unproven CCS), pink (nuclear), turquoise (natural gas sans oxygen) or grey (natural gas without CCS).

And the losers? Onshore wind, deemed “controversial” by prime minister Boris Johnson. And perennially ignored energy efficiency, which didn’t receive any fresh funding, even though it could help offset two-thirds of all energy wasted.

A bit of a missed opportunity, perhaps?

Brazilian government seeks GP for PPP vehicle
Public-private partnerships might be yesterday’s news in other parts of the world, but the Brazilian government is seeking proposals from fund managers regarding the administration of its new Sustainable Regional Infrastructure Development Fund. The vehicle, procured by the Ministry of Regional Development, will receive 790.7 million reais ($166.7 million; €153.2 million) to help bring more PPPs to the country’s infrastructure space. It will also be open to subscription from other private investors.

The selected GP will receive a management fee, as well as a cut of the profits generated by the fund and a performance bonus related to both capital attracted to the fund and the success of the fund’s projects.

Interested parties are encouraged to submit their proposals by 13 May, with results to be announced at the end of July.

The firm has established SFP Infrastructure Partners to “actively pursue opportunities in traditional infrastructure assets”, investing via a new closed-end fund that is targeting €250 million. It said that the mid-market fund would have a “thematic niche approach” that will target assets overlooked by larger-cap players.

SFP Infrastructure Partners will be headed by Marc Wicki, who joined the firm in December. He previously spent more than 15 years at Partners Group, before co-founding Foremore Investment Partners.

“Burning gas to generate electricity is totally stupid . . . both from [an] economic standpoint and from an environmental [one]”

Francesco Starace, CEO of Italian utility Enel, takes aim at EU policy in an interview with the Financial Times

Stonepeak takes health check
With February’s $14 billion closing of its fourth fund, Stonepeak has proven itself fairly adept in its favoured sectors of digital, energy, transport and logistics – and that’s before we get to its separate renewables success.

Stonepeak declined to comment on the appointment. In a LinkedIn post, Brown said he was looking forward to “investing in and partnering with leading healthcare businesses and management teams”.

Stonepeak made its first healthcare investment in June – through both its equity and debt arms – supporting diagnostic imaging group Akumin’s acquisition of Alliance Healthcare.

Welsh pensions take global approach
The Wales Pension Partnership, a collaboration established in 2017 between eight local government pension funds in Wales, has made a series of appointments and commitments as it expands its private markets allocation.

While the size of the commitments was not announced, a source familiar with the process told The Pipeline that the total for the tender was £500 million ($654 million; €602 million). It is understood the division of this sum among the selected funds is yet to be determined.

The Zurich-based business, which launched the world’s largest direct air capture and storage plant in Iceland in September 2021, announced that Baillie Gifford, Carbon Removal Partners, Global Founders Capital, John Doerr, M&G and Swiss Re also featured in the fundraising round, among other new and existing shareholders.

In a statement, Climeworks said the funding would “unlock the next phase of its growth” for the business and enable it to scale up its DAC capacity as “carbon removal becomes a trillion-dollar market”.

As last week’s IPCC report pointed out, we need all the help we can get.

Echoenergia was established by Actis in 2017, with nearly 600MW of renewable power generation capability. Today, that number is closer to 1.2GW, with 1.1GW’s worth of projects in the pipeline.

Bruno Moraes, director at Actis and investment manager for Echoenergia, hailed the exit, despite managing Echoenergia “amid local economic volatility, and, later, the challenges presented by covid-19”.

This is Actis’s third exit from a major LatAm energy investment in the past year, following the company’s February sale of Chile’s Aela Energia to Innergex Renewable Energy and Mexico’s Saavi Energia to Global Infrastructure Partners last August.