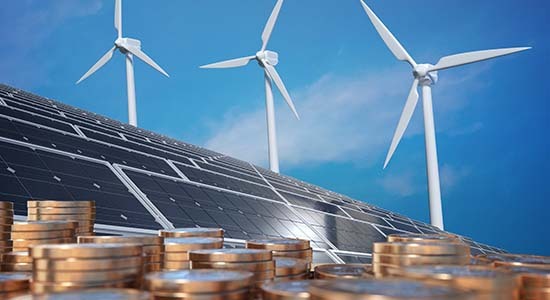 PPA prices surge 28% but energy buyers are undeterred
The combination of supply chain disruptions and skyrocketing natural gas prices due to the Russian-Ukrainian war are driving up power purchase agreement prices after years of decline.

According to LevelTen Energy, operator of “the world’s largest online hub” for the renewables marketplace, the average price of European solar and wind PPAs in the top 25th percentile reached €57 per MWh, representing an 8.6 percent increase in Q1 and a 27.5 percent increase year-on-year.

“All the signs we’re seeing seem to point to sustained, higher PPA prices for at least the next year,” LevelTen Energy’s developer services manager Fred Carita told The Pipeline.

But, despite the volatility and uncertainty, 55 percent of the 20 sustainability advisory firms LevelTen surveyed said their clients – utility-scale renewable energy buyers – are sticking to their procurement timelines and 20 percent are accelerating them.

This “voracious buyer appetite”, however, is creating a rapidly growing imbalance between demand for renewables and supply from developers, according to LevelTen.

“PPA prices are sky-high… at a time when procurements need to accelerate dramatically,” Flemming Sørensen, LevelTen’s vice-president of Europe, said in a statement.

“We and our network of sustainability advisers are working with buyers and developers on contract innovations to navigate this challenging landscape and still get PPAs done,” he added.

UBS, Solutio raise €500m for third infra FoFs
After a few years on the road, UBS Asset Management and Solutio AG, a Munich-based investment firm, have closed their third infrastructure fund of funds on €500 million. The vehicle, which is specifically tailored for German and Austrian investors, has raised capital from 40 such institutions. It will target investments in operational infrastructure assets across the OECD – with a focus on Europe and North America – through commitments to primary funds and secondary market plays, including co-investments. The vehicle is already committed across 120 investments, six of which are co-investments.

“With the successful closing of APPIA III Global Infrastructure Portfolio, we have proven that we can offer a convincing concept specifically for institutional investors in Germany and Austria,” commented Reiner Hübner, managing director of UBS Asset Management, in Germany.

APPIA III is managed by UBS Asset Management’s Multi-Managers Infrastructure Team. Founded in 2004, it currently manages more than $7 billion across funds and mandates.

Gore Street raises £150m in oversubscribed issue
Gore Street Capital has raised double the original target it had set for its energy storage fund thanks to high demand from both institutional and retail investors, through an initial placing, initial offer for subscription and initial intermediaries offer.

According to an LSE filing, the fund’s board, after consulting with Gore Street Capital and joint bookrunners, decided to raise the gross proceeds target to the maximum amount of £150 million ($196 million; €181 million) and to scale back the initial issue to 136,363,636 new ordinary shares at 110 pence each.

The net proceeds from the issue will go towards the construction and acquisition of new projects in the company’s 1.3GW project pipeline, the majority of which is in Great Britain – 900MW – followed by 375MW in North America and 100MW in Europe.

The company has grown 18x since its IPO in March 2018, Gore Street Capital’s chief executive Alex O’Cinneide said in the stock filing. “This, combined with our focus on acquisition pricing discipline and strength of revenues per MWh all support Gore Street in the delivery of our targeted 7 percent dividend yield for shareholders.”

“What tends to annoy LPs is GPs who set a hard-cap then unilaterally increase it; that tends to go down pretty badly”

Karl Adam, partner, Monument Group, highlighting how some GPs appear to be getting carried away in today’s oversubscribed fundraising market

Susana Leith-Smith, who is set to join the firm’s London office, will report to MAM’s EMEA head of real assets, Martin Bradley. Leith-Smith has 23 years of leveraged finance experience behind her, with her most recent role being Barclays managing director and head of leveraged finance in Europe and the Middle East. She is expected to help expand Macquarie’s capital markets business and build up banking relationships on its behalf.

Prior to Barclays, Leith-Smith was director of loan and high-yield capital markets at Royal Bank of Scotland and also held positions in leveraged finance at Credit Suisse.

In a statement welcoming Leith-Smith to her new role, Bradley said her expertise in capital markets – and the technology, media and telecommunications sectors in particular – would help the firm meet its long-term growth plans for its infrastructure and real assets business in the region.

Bearish on Europe, bullish on EMs
Two veteran LP chief investment officers have warned that emerging markets might be a more appealing bet as Europe and the US grapple with inflationary pressures, interest rate hikes and the Ukraine crisis. Speaking virtually at affiliate title Private Debt Investor‘s APAC Forum 2022, Tom Tull, who spent 12 years as CIO at the $36 billion Employees Retirement System of Texas before his departure in December, told delegates he “would definitely avoid Europe” as geopolitical conflict threatens growth (registration required).

“As we all know, times can change, and they’re definitely changing now,” Tull said. “I think there will be some emerging markets that look very compelling… I think there are some tremendous opportunities in Asia.”

Tull’s concerns were echoed by Dong Hun Jang, who concluded a six-year spell as CIO of Korea’s 16.4 trillion-won ($13.4 billion; €12.3 billion) Public Officials Benefit Association in February. Jang said Asian markets have lower levels of inflation and less risk than US or European markets. “[For] conservative public pensions, it is really hard to extend the emerging market exposure; however now is kind of a good time to expand in the emerging markets.”

Actis’ cool MENA deal
Asset manager Actis has agreed to buy a 50 percent stake in Emirates District Cooling Company (EMICOOL) from publicly-listed Dubai Investments, valuing the company at $1 billion. The purchase will result in a joint venture made to scale EMICOOL to become a leading provider of sustainable and efficient district cooling services in the Middle East and North Africa.

Actis appears to be making the investment through its Long Life Infrastructure Fund, its first dedicated infrastructure vehicle, which reached final close on $1.23 billion in 2019 and marked a shift away from the suite of energy-focused funds the UK-based firm had launched until that time. According to its website, the other asset in the ALLIF portfolio is El Pelicano, a 110MW solar plant in Chile Actis acquired in January 2018 from SunPower.

Commonwealth Super joins Uniti bid
After a few weeks of back and forth that included seeing off a rival bid from Macquarie Asset Management and PSP Investments, ASX-listed fibre business Uniti has now entered into a binding scheme implementation deed with a consortium led by Morrison & Co and Brookfield Asset Management.

Joining the party is Commonwealth Superannuation Corporation, which the Australian Financial Review reported will take a 20 percent stake in the firm, alongside Morrison & Co’s 30 percent stake and Brookfield’s 50 percent bite.

The deal has landed at A$5 ($3.72; €3.42) per share, the same price at which the consortium saw off the rival bid and secured exclusive access to Uniti’s data room. This values the transaction at around A$3.4 billion.

For CSC, it’s the latest in several deals in the digital infrastructure space that it has struck alongside Morrison & Co, following its investments in CDC Data Centres and telecoms towers business Amplitel.