A little bird gave our Master of Whisperers the lowdown on Stonepeak Infrastructure Partners’ latest fundraising. The New York-based firm recently held first close on $6.2 billion for Stonepeak Infrastructure Fund IV. Stonepeak reached the fundraising milestone in nine months, and is now just $3.8 billion shy of its target and less than $6 billion from a $12 billion hard-cap. With 80 percent of committed capital coming from re-ups – first entrants got 15 basis points knocked off the 1.5 percent management fee – the second leg of fundraising will serve as a better barometer of LP appetite for infrastructure strategies in the post-covid market environment. Our little bird told us the next close is expected in July, with a final close set to take place before the end of the year. For now, the firm still has around 20 percent of capital from its $7.2 billion third fund to deploy.

AMP Capital comes down with covid

With two Australian and two UK airports, alongside US parking business Millennium Garages, the reasons for GIF I’s fall are evident, yet revealing. GIF II’s ownership of London Luton Airport is likely to be the main reason behind its valuations drop. One quarter, of course, does not break a long-term fund. But a continued travel freeze might well cast a shadow on both vehicles’ 12-15 percent gross IRR target.

Stuck in the past

Vice.com has cast its cutting-edge eye on infrastructure and found it to be… well, stuck in the past. The hipster bible, beloved of younger generations around the globe, warns that most infrastructure decisions are still beholden to stationarity: the concept that, statistically, the past is a good guide to predicting the future. The problem? Global warming is changing the world too quickly for that to be the case. An example: a Rotterdam flood barrier put up in the 1990s is likely to fail 25 years earlier than expected.

And the solution? Not easy, but it revolves around embracing uncertainty and building infrastructure that is flexible and agile – for example, through modularity – as well as safe to fail. That might not be the message a long-term investor craving stability wants to hear. But it may be the one it needs to listen to in our changing world.

Join us for our first Global Offsite 2020

We’re going virtual because, as Madonna might’ve sung today, we are not living in a material world. So join us on 13-15 July for the Infrastructure Investor Global Offsite. This is your opportunity to take part in an industry offsite, get away from the day-to-day, connect with senior investors and fund managers from around the world to discuss the future of the industry and set the strategy for your business. Don’t miss your chance to book your place here.

In the meantime, we have two new webcasts as part of our Global Summit On-Demand series. They focus on whether value can still be found in the rapidly growing mid-market and the asset class’s ever-evolving definition as it matures.

Glennmont Partners’ Peter Dickson reflects on the firm’s realisation of its maiden vehicle and the human consequences of managing a long-term fund.

The door to the advisory world has swung open for Erwan Fournis, who has joined project finance advisory firm Operis as head of financial advisory. It’s a return to the debt world for Fournis, who since 2011 has held roles managing and executing equity investments with InfraRed Capital Partners, Dalmore Capital and, most recently, DIF Capital Partners. Until his 2011 arrival at InfraRed, Fournis was advising on infrastructure transactions at HSBC, CIT and Deutsche Bank.

Fournis, who described his new employers as having “untapped potential”, said “many businesses are going to need to look at restructuring or refinancing”. Good time to be back then.

Ladies and gentlemen, start your 401(k)s

Last week, the US Department of Labor took a big step on the road to allowing retail investors to access private markets by rulling that direct contribution plans can incorporate certain private equity products without violating ERISA laws. The groundbreaking move – which the Financial Times estimates could initially unlock $400 billion – is limited to PE for the time being. However, it’s expected that other alternative asset classes, including infrastructure, could make their way into 401(k)s in the future, Evercore told the FT.

The ruling was in response to a request for regulatory guidance made by Partners Group and Pantheon, the two firms to have developed products designed for inclusion in 401(k)s. More than 100 million Americans are covered by DC pension plans with assets of more than $7.5 trillion, according to data from asset manager Vanguard. 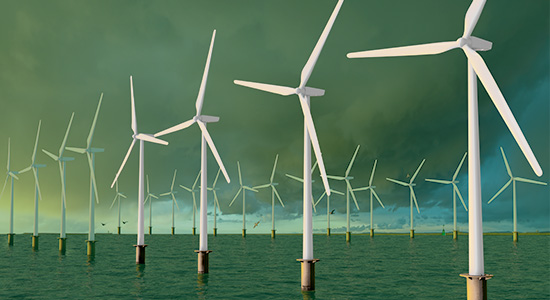 Overseas travel may be limited but that has not stopped France’s Total landing in British waters, taking a 51 percent stake in the £3 billion ($3.8 billion; €3.3 billion) Seagreen 1 offshore wind project from SSE, which will generate 1.1GW once operational.

Managers such as Global Infrastructure Partners and Copenhagen Infrastructure Partners, among others, should watch out. Funds have enjoyed success with offshore wind sites in recent years. But oil majors such as Total, BP and Shell have the financial weight to compete, the need to diversify from an uncertain business stream and a string of recent low-carbon pledges to investors. Still, while the seas might get choppier for buyers, sellers are likely to enjoy the fair winds at their back.

The sales process for a 100 percent stake in DEPA Infrastructure, Greece’s gas distribution network, is advancing to the next stage following the selection of six shortlisted bidders, and it’s a bit of a ‘who’s who’ of energy and infrastructure. Shortlisted bidders include First State Investments’ EDIF III; KKR’s GII III; Macquarie’s MEIF6; Czech utility EPH; Italgas; and in a one-to-watch consortium, Chinese private equity firm SINO-CEE FUND and Shanghai DaZhong Public Utilities Group. Left out of the next bidding round are I Squared Capital, Antin Infrastructure Partners and China Resources Gas Hong Kong Investment.

The Greek privatisation process is becoming quite a magnet for some of the parties, with First State Investments, KKR and Macquarie also competing for a 30 percent stake in Athens International Airport.

Subscribe now and get the Pipeline delivered to your inbox each day
To find out how, email our team: subscriptions@peimedia.com