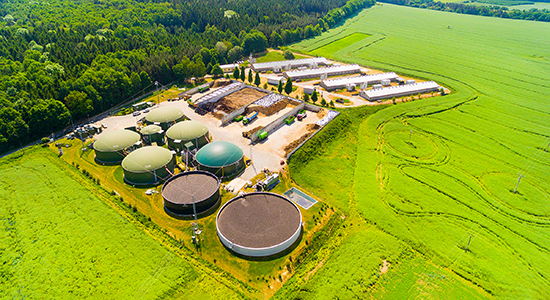 SWEN’s SWIFT €175m close
Paris-based private equity funds manager SWEN Capital Partners has delivered Europe’s first renewable gas-focused vehicle, raising €175 million from French LPs. The SWEN Impact Fund for Transition (SWIFT), which exceeded its €120 million target, will invest directly in methanation, renewable hydrogen, as well as gas and liquefied natural gas refuelling infrastructure for the shipping and ground transportation sectors. Its first investments in methanation units – part of a co-investment programme with farmers – will involve recycling agricultural waste to produce renewable gas that will be distributed through the existing natural gas network, and fertiliser to be used in agriculture.

Sceptics, however, claim renewable gas is just a marketing ploy and can be as polluting as natural gas. Asked to comment, SWEN chief executive and co-founder Jérôme Delmas explained that EU regulation recognises biomethane as an effective way to reduce carbon emissions.

In addition, the firm is asking its biomethane operators to conduct annual leakage analysis that it will pay for. It is also measuring the fund’s impact by linking its rate of return to the following non-financial indicators: reduction in greenhouse gas emissions, job creation, reduction in the use of chemical fertiliser, and volume of treated waste.

It seems that SWEN is not only putting money in renewable gas, but also where its mouth is.

Less energy transition, more race against time
UK prime minister Boris Johnson’s vow to have the country’s offshore wind capacity at 40GW by 2030, up from the previous 30GW target, was an eye-catching one. However, it may be a more realistic prospect than previous plans.

One of the less eye-catching comments made at the ruling Conservative Party’s annual conference last week came from energy minister Kwasi Kwarteng. With the government having spent the best part of two years contemplating the regulated asset base model as a way to entice institutional investors into new nuclear, Kwarteng said it had concluded that this would still result in the liabilities showing on the government’s balance sheet, The Times reported (paywall). As a result, more homework on the model would be needed.

While this sorry case drags on, the UK’s 8.9GW of nuclear capacity is still nearly all set to be retired by 2030 and Johnson’s extra 10GW of wind becomes critical to plug the nuclear fissure.

How much is it worth? We’ll tell you later
Good investment advice, especially in times of crisis, is to keep on top of your assets and what they’re worth. That’s easier said than done for some LPs, according to one fund advisor, who tells The Pipeline there are increasing issues with regard to transparency on valuations.

A significant number of managers, our source tells us, do not provide independent audits to LPs of the valuations of investments in their funds. Additionally, a number of managers are only providing updates once a year, leaving investors in the dark as to the funds’ performance.

The pressing need for transparency was present before the crisis and is now only amplified. We’re not sure the defence of infrastructure being ‘a long-term asset class’ will wash on once-a-year valuations.

“’The Saudi Arabia of wind’. Does this mean we’ll be forming a cartel with other windy nations, setting energy prices artificially high and then handing out millions to the PM’s extended family?”

Colatrella, who according to his LinkedIn profile left CapDyn in April, joined Fiera this month as a managing director in its infrastructure debt team. It is understood he will be responsible for originating infrastructure debt investments, including renewables, in North America. McElroy also joined Fiera this month as a director in the same team.

Fiera Private Debt – which, in addition to infrastructure, is active in real estate debt – was not immediately available for comment.

Japan’s LPs on ESG? Like Sinatra, they’ll do it their way
Japanese approaches to environmental, social and governance investments are unlikely to converge with those of western institutions. This was what Satoshi Ikeda, chief sustainable finance officer at the country’s Financial Services Agency, told attendees at sister publication Private Equity International’s Responsible Investment Forum: Tokyo on 7 October.

Specifically, Ikeda warned that domestic LPs were unlikely to go down the exclusionary route: “The exclusionary approach may give an impression that institutional investors are just protecting themselves. In Japan, the more collaborative approach with investee companies is very much welcome, because that gives a certain impression of commitment to that investee company and, also, it has a very great foundation of constructive dialogue.”

Japan, the world’s third-largest economy, represents only 1 percent of negative or exclusionary screening of AUM globally – compared with 40 percent for the US and 55 percent for Europe.

Sounds like that’s not going to change anytime soon. 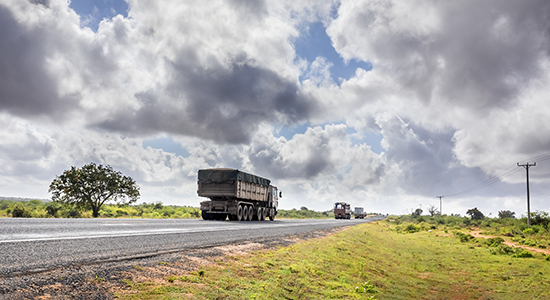 Kenya believe it? PPPs are motoring on
Our Deep Dive this year into public-private partnerships explored some fundamental flaws with the model, as we asked if it was time to bin the idea. That’s not the sentiment in Kenya, where Meridiam has signed on a deal worth €1.3 billion.

The 30-year Nairobi-Nakuru-Mau Summit Highway project will see Meridiam in a 50:50 partnership with fellow French firm VINCI for designing, financing, widening and renovation work as well as the operation and maintenance of the highway. The road is commonly used to transport goods imported into Kenya via the port of Mombasa to neighbouring countries such as Uganda and South Sudan.

The deal was given the full ceremonial treatment, signed by Kenya’s President Uhuru Kenyatta in Paris alongside his French counterpart Emmanuel Macron. It was the Kenyan leader’s first overseas trip since the start of the covid-19 pandemic.

Plenary takes healthy lead for Victoria hospital project
Australia’s Plenary Group is spearheading a consortium that has been named preferred bidder for the New Footscray Hospital project, billed as “the largest single health infrastructure investment” to date in the state of Victoria. Under the 25-year PPP, the consortium will develop a new hospital featuring more than 500 beds, and will receive up to A$1.5 billion ($1.1 billion; €913 million) from the state government to help foot the bill. Financial close negotiations are underway, with construction set to be completed by 2025.

Although investors have a long track record of involvement in PPPs like New Footscray Hospital, newer investments involving the running of entire businesses are less familiar, but on the rise. If you missed it, be sure to check out our recent Deep Dive on healthcare infrastructure.