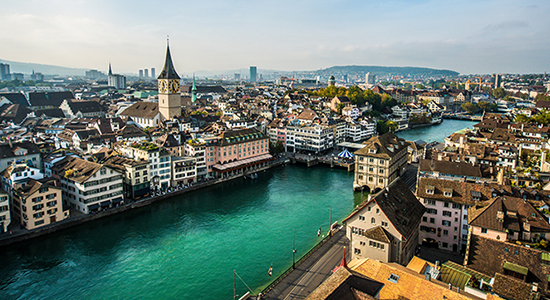 Infra debt’s growing fanbase
Keen not to miss out on the rise of infra debt, Swiss Life Asset Managers is branching out. The group has expanded its real assets platform by adding debt project financing “from conception to operation” to its investor base.

The asset manager of the Swiss insurance group plans to invest €1.5 billion in senior debt financing over the next three years. Initial investors will be Swiss Life’s own insurance companies in Switzerland, France and Germany with a view to opening up the platform to third-party clients later.

Swiss Life has tapped Stéphane Rainard, most recently senior portfolio manager at Ostrum, to lead the infrastructure debt team, which will be spread across Paris, Zurich and Luxembourg.

Rainard said it would invest in any country in Europe, “provided the legal and tax conditions allow us to invest”. It will invest across the infra spectrum, and “of course PPP/PFI in any sector”, he told The Pipeline.

Port of Darwin’s evolutionary setback?
If you know anything about the 99-year privatisation of Australia’s Port of Darwin to China’s Landbridge Group, you know it’s been trouble from day one, with none other than former US President Barack Obama famously displeased about it.

Well, there’s more controversy on the horizon, as a cross-party group of Australian senators looks at ways of renationalising the port.

“Taking back the Port of Darwin has become emblematic in regaining sovereignty and ensuring no more ‘business as usual’ with the communist regime in China,” Concetta Fierravanti-Wells, a Liberal senator for NSW, told the Guardian Australia.

Michael Gunner, the chief minister of the Northern Territory, which privatised the port, told the newspaper that renationalising it would cost A$500 million ($364 million; €307 million), “and if you can find A$500 million for the territory then it should go towards creating more jobs”.

A word to the wise: rational economic arguments have had limited success with emotional sovereignty issues, if recent history is anything to go by…

PPPs catch corona clause
New Zealand’s dealing of the coronavirus has been the envy of many, but infrastructure investors still face some familiar problems of risk in PPPs.

Steven Proctor, executive director of Morrison & Co’s PIP Fund, a vehicle that invests in social infrastructure PPPs, told The Pipeline that New Zealand’s early lockdown led to the renegotiation of its PPP contracts.

“Construction stopped for three months, which was profound. Then, because covid-19 is a shared risk, there was a massive discussion about where the impact of delayed construction fell: some of it was on us as the equity investor, some of it was on the builders and some on the government.

“Sorting that out in an appropriate way was a big undertaking and we worked together as a team to get that right,” he said, with the new contracts factoring in the slower pace of construction under distancing rules post-lockdown as well as the potential for further shutdowns.

‘Still loading’ for data-hungry investors
Also experiencing disruption is the much-vaunted data centre industry, where development projects are struggling to keep up with the demand.

“Q2 has been a tale of suppressed supply,” says a report on the European market from CBRE, with restrictions to on-site access hampering new-build centres. Indeed, CBRE reported some projects scheduled for a Q2 delivery have been pushed back as far as next year.

“Some Korean investors say they can’t do deals until they do a site visit. How long are you not going to do deals for?”

CPPIB gets its first CIO
Some big changes are afoot at the Canada Pension Plan Investment Board – recently crowned number one in our flagship Global Investor 50 ranking – with the appointment of its first chief investment officer and a new global head of real assets.

Edwin Cass, who joined CPPIB in 2008 and was most recently its global head of real assets, has become the Canadian pension’s first CIO. “The Fund is on a trajectory to grow to $1 trillion by 2033. The time is right in [our] evolution to create a dedicated, fit-for-purpose, chief investment officer role,” said CPPIB president and chief executive Mark Machin.

Deborah Orida, who joined the pension one year after Cass, will replace him as global head of real assets, responsible for the pension’s infrastructure and real estate portfolios, among others. She leaves her post as global head of active equities and will be replaced internally in due course.

StepStone socially distances from pre-covid assets
The Pipeline brought you the news back in May that UK pension pool Brunel Pension Partnership had tasked StepStone Infrastructure and Real Assets with investing £300 million ($386 million; €326 million) to its specification, split between primary funds, co-investments and secondaries.

So, how’s that going? Well it seems StepStone has taken social distancing to its investment thesis, avoiding assets that might carry covid-induced infections.

“The Cycle 1 StepStone vehicle deployment has been carefully managed to avoid exposure to pre-covid-19 pricing assets which are anticipated to underperform and we are monitoring the activity of managers closely across sectors,” according to an update last week by Brunel member Oxfordshire County Council Pension Fund.

That being said, with market sources indicating high prices for covid-proof sectors, Cycle 1 might turn out to be a bit of a vicious cycle. 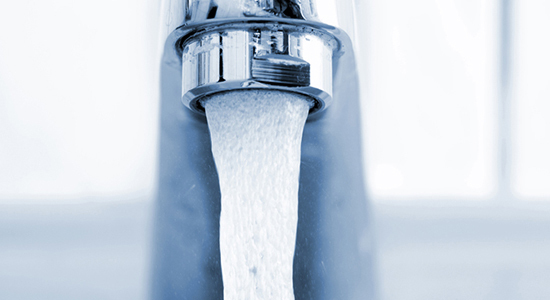 Antin turns on the taps in Portugal
Antin Infrastructure Partners moved on a water infrastructure deal this week that points to a promising growth and cash-secure sector.

The Paris-based firm took a majority stake in Miya Group, the largest private water operator in Portugal. Serving 600,000 people, Miya operates six long-term concessions, as well as a public-private partnership, that has the company focused on reducing ‘non-revenue water’, such as water lost during distribution. Antin purchased its interest from European private equity firm (and PEI Media owner) Bridgepoint, although, according to Spanish outlet Cinco Dias, it faced stiff competition from BlackRock, KKR and subsidiaries of EQT and IFM Investors.

Antin said in a statement that the firm’s plans for Miya include growing its business across Europe and into North America as well.