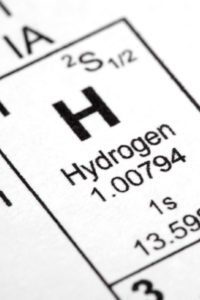 Hydrogen has huge potential for reducing greenhouse emissions, but there are crucial disparities in the benefits offered by different projects. The US interpretation of clean hydrogen includes its blue form, processed from fossil fuels with carbon capture and storage. This would make use of the country’s huge gas reserves and some existing infrastructure, but would also require generous faith in CCS.

However, research published in August by Cornell and Stanford Universities found that blue hydrogen production and combustion practices release 20 percent more greenhouse gases than coal, once production, methane escape and CO2 leakage are taken into account. “Immediate scale-up could be bad for the climate and siphon scarce resources from clean solutions,” says Sara Gersen, senior attorney at California-based non-profit Earthjustice. “We have green hydrogen technology – we just need to dramatically scale up to drive down costs.”

By contrast to this, the five-year, $550 billion US Infrastructure Investment and Jobs Act provides $8 billion for regional hydrogen hubs and just $1 billion for research aimed at achieving green hydrogen at $2/kg.

Some argue blue hydrogen is needed while building green capacity, but Gersen says it is highly questionable that it can be scaled more quickly: “We shouldn’t invest in more fossil fuel infrastructure – building it locks in climate pollution for decades. It doesn’t make sense to develop demand we can’t yet meet with green hydrogen.”

Half of all hydrogen produced is used in refining hydrocarbons. “There is a massive CO2 reduction potential just in greening what hydrogen is already being produced,” says McLoughlin. “The more complicated part is stimulating new market applications.”

Major projects tend to be centred around production hubs or industrial clusters – but the Intermountain Power Project in Utah benefits from both. It involves switching from coal to gas and increasingly blending in hydrogen, from 30 percent in 2025 to 100 percent by 2045. Excess renewable grid power is used for electrolysis, hydrogen is stored in salt caverns and southern California is the key offtaker.

“Instead of starting with 10MW or 50MW, it’s an 840MW project,” says McLoughlin. “It’s an example of how you might see the US going straight to large-scale in some projects.”

However, IPP also illustrates several wider problems. “As hydrogen is less energy-dense than methane, this [initial] blend only reduces climate pollution by 12 percent – so it is not a low-carbon resource,” says Gersen. She adds that burning hydrogen produces nitrogen oxide and that the IPP benefits uniquely from cheap salt cavern storage and fantastic solar resources.

Nonetheless, it demonstrates the US’s ability to execute large-scale projects, says McLoughlin: “The US may do things more quickly, more efficiently and, by 2030, end up with better developed and larger hubs than Europe, despite the bloc’s early lead.”