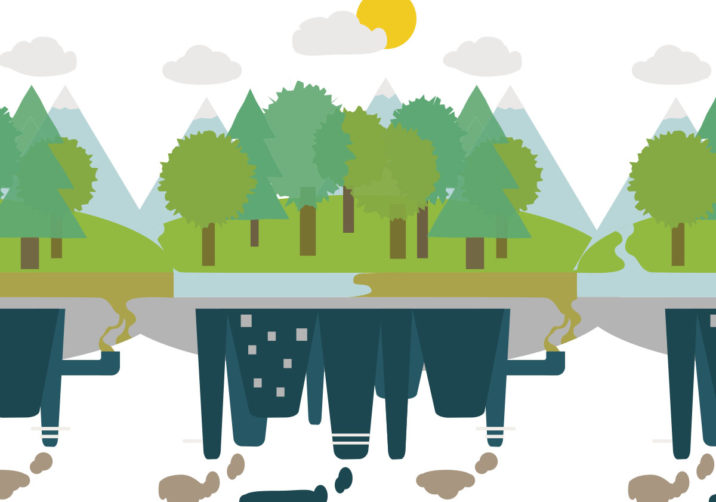 Infrastructure projects often have inescapably huge carbon footprints. From construction methods reliant on cement and steel, to facilitating activities such as power generation and international travel, associated emissions have become impossible for LPs to ignore.

ESG-themed investing is already pervasive and is increasingly becoming mandatory. For example, the UK Pensions Schemes Act 2021 has compelled retirement funds with £5 billion ($6.8 billion; €5.9 billion) or more in assets to fulfil new climate change risk management and reporting requirements. Next year, schemes larger than £1 billion will be caught by the regulations.

As pensions have become cornerstone investors in infrastructure projects, they have been faced with the problem that, although technology can chip away at the margins, emissions cannot plausibly be eradicated in the foreseeable future.

This leaves voluntary carbon offsets as the leading mechanism to bridge the gap between LPs’ demands and industrial reality. Voluntary carbon offsets are more complex and fragmented than established cap-and-trade systems such as the EU’s Emissions Trading System, which involves allocating transferable allowances to designated industries, such as power generation.

Voluntary carbon offsets allow non-designated entities such as infrastructure projects, where decarbonisation may be prohibitively expensive, to purchase certificates linked to carbon-reduction projects such as reforestation.

Consultancy McKinsey & Co estimates that demand for carbon offsets could increase by a factor of 15 or more by 2030 and by a factor of up to 100 by 2050. These offsets undoubtedly have positive real-world effects – they direct private finance to climate projects that may not otherwise get off the ground and support technological innovation.

However, the central question around offsets is to what extent they are equivalent to actually reducing emissions. The answer partly depends on the type of offset used. The UK’s Environment Agency this year reviewed 17 approaches to offsetting, according to seven criteria.

“The priority is to achieve real-world carbon reductions”

It decided that all options “have strengths and weaknesses” and “no silver bullet was found”. Some remove carbon from the atmosphere, while others reduce the rate of emissions. Each type of offset has a different timeline, with some only providing benefits far in the future. Despite the array of options, only two were accredited by the Environment Agency. It concluded that a mixture of offsets would be needed to accurately map the emissions of any particular entity.

“An effective sustainability strategy requires a multifaceted approach that decarbonises emissions at their source, with any residual emissions offset,” says Brooks Preston, managing director, sustainability, at Macquarie Asset Management. “Enabling the full potential of voluntary carbon offsets requires ambitious action from all market participants to overcome the remaining structural and policy uncertainties that exist in some markets.”

Despite these issues, LPs can benefit from offsets in a variety of situations. On the supply side, there are numerous types of infra project that can generate offsets. “Renewable energy projects can earn supplemental income from selling renewable energy certificates, where such markets exist,” says Michael McGowan, principal at Mercer Alternatives.

“Another example is renewable identification number credits created from the production of certain biofuels.”

On the demand side, infra assets that produce emissions, such as midstream energy assets or conventional power plants, can buy credits to reduce their carbon footprints.

Even in these circumstances, questions persist about how effective offsets are. “Despite being less invasive than conventional fossil fuel production and theoretically carbon-neutral over the production lifecycle, biofuels still release emissions when combusted,” says McGowan. “Similarly, if an owner of midstream energy assets seeks to position them as carbon-neutral through buying offsets, there is no actual reduction of emissions from the assets themselves.”

In 2020, Nest, a £20 billion UK workplace pension scheme, announced a plan to become net-zero across its investments by 2050 or earlier and to halve its portfolio’s carbon emissions by 2030.

“While there remain questions about how a sophisticated portfolio like ours can achieve net-zero, the priority is to achieve real-world carbon reductions before we turn to things like carbon offsetting,” says Katharina Lindmeier, senior responsible investment manager at Nest. “We want to have a real impact in reducing the threat of climate change to our members and their investments by reducing the amount of carbon emissions getting into the atmosphere in the first place.”

There are several open questions with respect to whether offsets result in reduced emissions or create unintended consequences. Is a renewable power plant selling offsets actually reducing emissions or meeting new electricity demand? Are some projects being created simply to generate offsets or do the assets themselves actually produce something that is beneficial to society? In addition, buying offsets from projects in another part of the world may reduce emissions globally, but does not necessarily improve air quality for people living near the emitting assets.

Carbon offsets can play a central role in decarbonisation in two scenarios. First, offsets can be a reasonable short-term measure while decarbonisation plans are being formulated and implemented. For example, UK railways industry pension scheme Railpen has committed to decarbonisation targets for its publicly listed assets but acknowledges in its Net Zero Plan report that it “might be required” to use offsets in the short term. It intends to do so only when there is “no feasible alternative”.

Secondly, once a decarbonisation plan has been implemented and cannot be extended at a reasonable cost, offsets could be used to cover stubborn, hard-to-abate emissions on an ongoing basis. For example, Nest is focusing on reducing the emissions within its portfolio but leaving the door open to using offsets in the future.

“Offsetting could play a role in our portfolio further down the line,” says Lindmeier. “But there is work to be done to ensure the calculation of the level of carbon captured is robust, and that we have certainty in the carbon emissions they’re covering and over what expected timeframe.”

Mackay adds that offsets “must meet the test of additionality and fulfil other essential quality criteria”. However, all types will be needed as part of the global decarbonisation effort, “regardless of whether they emanate from either avoided emissions or carbon removal projects”.

Although the people we spoke to are amenable to offsets to varying degrees, their distinct preference is for investments that make a direct contribution to the energy transition, rather than ones where decarbonisation measures are necessary. The next decade will be crucial for achieving decarbonisation goals. Carbon offsets of all kinds are likely to play a major role alongside renewable energy assets and other initiatives.