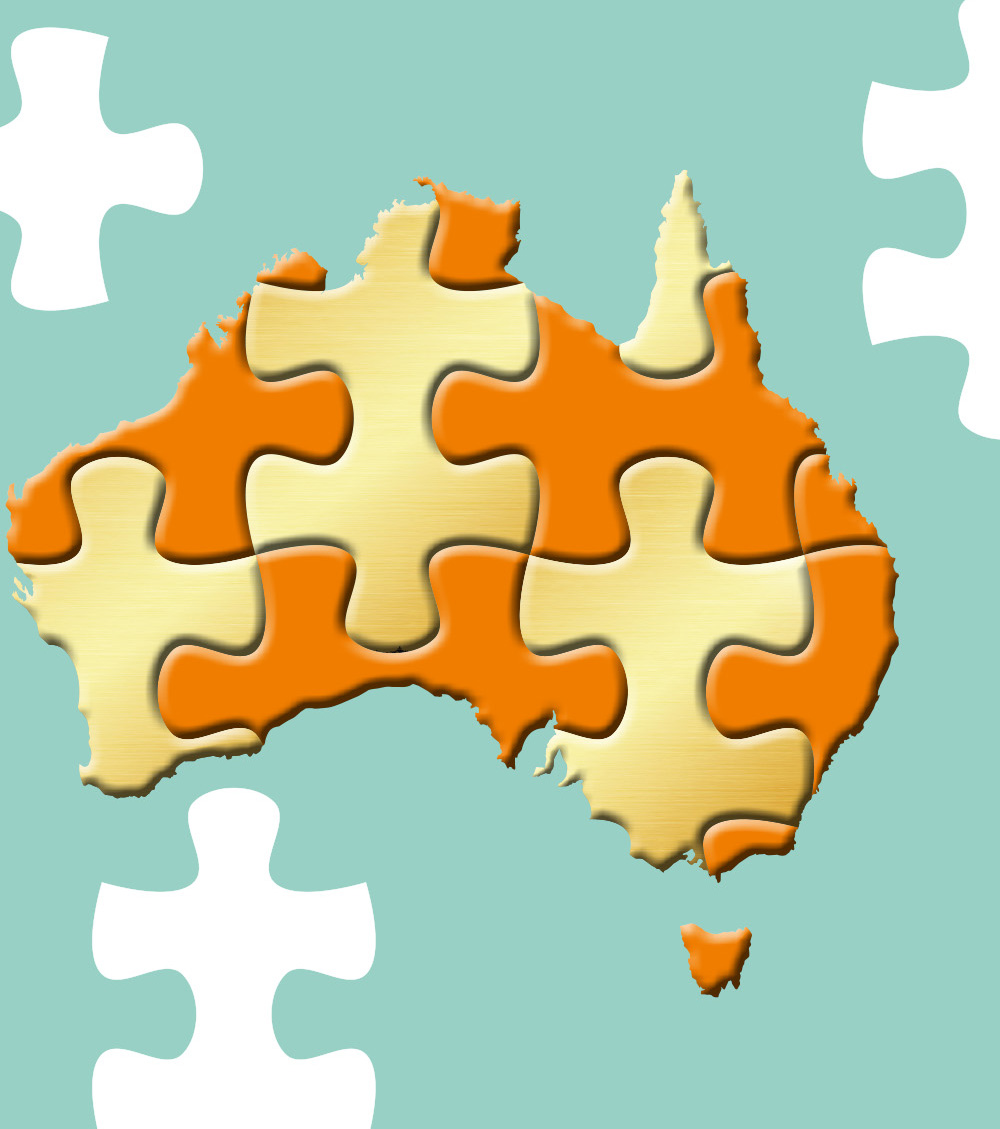 With First State Super and VicSuper merging to create Australia’s second-largest superfund this year, and several other mergers recently completed or under consideration, what will the sector look like in the near future and what will it mean for superfunds’ relationships with external fund managers?

Rieck had only taken up the chief investment officer role at the Queensland-based fund in August, after leaving an equivalent position at Equip Super following its tie-up with Catholic Super earlier in 2019. The merger, which created a A$26 billion ($17 billion; €16 billion) entity, is just one example of how the Australian superannuation fund landscape has begun to shift in the past 18 months, as consolidation picks up pace.

The merger between First State Super and VicSuper will lead to the creation of a A$128 billion superfund on 1 July. The new entity will be Australia’s second largest superfund in terms of assets under management.

Meanwhile, MTAA Super and Tasplan are in talks to create a A$24 billion tie-up. And QSuper and Sunsuper revealed last year that they were in initial discussions over what could become the biggest merger of them all. The deal would create the country’s largest superfund, with approximately A$188 billion in AUM – thereby surpassing the current leader, AustralianSuper, with A$172 billion.

So what is driving this “urge to merge”? And what effect will it have on alternative investments?

Among all the sources we spoke to for this article, one thing was clear: despite rhetoric from the Australian Prudential Regulation Authority about wanting to see fewer funds with higher average levels of performance, the main driver behind the mergers is a wish by superfunds to secure better outcomes for their members.

“While we can talk about the regulatory environment and the pressure from APRA, ultimately trustees are pursuing these mergers because they believe they’re in the best interests of members, in that there are benefits to be got from scale,” says Martin Fahy, chief executive of the Association of Superannuation Funds of Australia, the trade body for the sector. “The scrutiny around member outcomes and the increased pressure on fees and costs has also meant funds are acutely conscious [of ensuring] they’re at the right size.”

The point about costs is a significant one. With economies of scale comes an expectation among superfunds’ members that they will be subject to lower fees on their account balances. These members will put pressure on the superfunds themselves to exert influence on their external fund managers to find better fee deals.

“The big players will be able to put downward pressure on fees, and those that are not internalising will also benefit from this because there’s the threat of internalisation”
Sam Sicilia, Hostplus

“It’s getting harder for smaller institutional funds to win because they can’t negotiate low fees,” says Sam Sicilia, chief investment officer at Hostplus, which had A$45 billion under management as at 30 June 2019. “When returns are 10-15 percent, nobody really cares. But when returns are 2-3 percent, every quarter of a percent matters.

“We’re not in either camp at the moment, but we’re probably heading towards lower returns. It matters, therefore, if you can’t command fee reductions, because a reduced fee is a riskless return.”

Sicilia points out that there have obviously been periods of lower returns before that have not resulted in waves of mergers. The wrinkle this time, though, is that a generation of superfund trustees are nearing retirement.

“We’re about to get generational change and they probably want to leave a legacy,” Sicilia says. “They’ve been around a long time – 10, 15, 20 years – and sure, there’s been some new people who’ve come in along the way, but that large cohort is about to retire. It’s a combination of size and inevitability and retiring trustees. That combination is here and now and will be here for the foreseeable future.”

Hostplus completed a merger with the much smaller Club Super in 2019, adding around A$600 million to the fund. Both vehicles draw their membership from the hospitality industry – or, in Hostplus’s case, a significant portion of its membership, which meant the synergies were obvious and
natural.

“Club Super members get to benefit from being members of a much bigger fund that’s likely to survive, and therefore benefit from the lower fees we can attract for them from fund management firms,” Sicilia says. For Hostplus, the merger increased its scale, albeit in a relatively minor way, and provided access to new vehicles or extra units in funds it was already invested in.

There are obvious implications here for superfunds’ relationships with their external fund managers. As Australian LPs grow larger and have more clout, they will be able to exert greater pressure on their GPs in a variety of ways.

Damien Webb, head of income and real assets at First State Super, says his fund’s own merger with VicSuper, along with the other changes in the sector, has provided cause for reflection on what those relationships might look like in future.

“I think we’ll always maintain a hybrid approach of considering direct investments where it makes sense, but also working with the fund management community to complete our investment targets,” he says. “I do think [the LP/GP relationship] needs to evolve – fees are a part of it, but there are other considerations.”

New sources of dealflow are a “very valuable commodity”, he says, while the need to have on-the-ground resources in foreign markets – particularly when doing direct transactions in private markets such as infrastructure and real estate – is vital.

“The combination of internationalisation and internalisation [that comes with scale] means the allocation to private capital is likely to increase”
Martin Fahy, Association of Superannuation Funds of Australia

“They can also assist with complexity – where we’ve got investments in, say, greenfield developments, or investments with relatively intense business cases that need to be achieved over a certain period of time post-acquisition,” says Webb. “Those are areas where fund managers can add a lot of value and assist with the resourcing of superannuation funds.”

There will also need to be new thinking around how separate accounts and co-investments work. As superfunds grow larger, more will look to either internalise parts of their investment functions or use their increased scale to commit capital alongside fund managers, rather than only into pooled funds.

“I’d encourage fund managers to be flexible and innovative in the way they think about their engagement as superannuation funds get larger,” says Webb. “If you go back to the closed-end pooled fund, re-investment risk is a really high issue for a large and rapidly growing fund, as we don’t necessarily want to be continually acquiring and then rotating out of those assets.

“For example, you might work with a fund manager in a separate account or some other venture, where they acquire the asset and execute the business plan. Then you may get to a period of stability, in which case the level of engagement or intensity from the fund manager may step down, but the superannuation fund may retain ownership of the asset for the length of the concession.

“I also think there might be some implications for the open-ended funds we see here in Australia. They may not be as optimal as [the superfunds] continue to grow and get to scale, because [the superfunds] will quite reasonably want greater involvement in the governance of their assets.”

Webb also expects fee models to evolve. He believes there will be more instances of tiered fees that change as funds scale up and more nuance around performance fees, which will potentially be tied to operational milestones rather than to absolute rates of return.

Hostplus’s Sicilia is clear, though, that he expects to see significant downward pressure on fees overall.

“It used to be two and 20 in private equity and now you have spectrums that look like one and 10, or even 110 basis points and no performance fee,” he says. “The big players will be able to put downward pressure on fees, and those that are not internalising will also benefit from this because there’s the threat of internalisation.

“You’d go up to a fund manager and say to them: ‘You’re killing me with your fees. My competitor fund has 20 basis points less than me in this asset class, so I’ve got to find a way to either reduce my asset class fee or internalise. Either way, you lose – what’s it going to be?’ The smarter ones will come to the party and enter into long-term relationships, resulting in fewer managers [for each fund] that have deeper relationships.

“Fund managers used to be able to buy their third and fourth Mercedes-Benz. Now they’ll only buy two.”

“You’ll constantly have to think about ways you can provide new products,” he says. “We’ve heard that some investment managers have been quite proactive in pre-empting internalisation and have offered fee reductions. But there’s obviously a point where you can’t go any lower.”

Mohankumar says superfunds may also choose to internalise or, in the case of equities, switch from active to passive managers, rather than deploy capital with “second-tier” players, once the top tier of GPs have reached capacity.

All of this poses quandaries for the superannuation funds themselves as they consider whether to merge and which of their peers they might merge with. Meanwhile, fund managers will face a more consolidated sector with a smaller number of larger funds.

“You’re going to see more mergers and, over time, fewer funds,” says Mohankumar. “But there are a number of smaller funds doing specific things for niche member bases that can still survive, and I think there’s a valid reason for them existing. It’s not all purely about investment performance – that is key, but it’s also about the value-add services you can provide if you have a niche member base.”

Fahy says ASFA has been talking about a potential “seven sisters” of Australian superfunds: larger vehicles, with upwards of A$150 billion to A$200 billion in AUM each, taking on a much more prominent role in investing on the global stage.

“They’ll have diverse asset allocations, with powerful brands at home, collaborating internationally with their peers in the profit-for-member sector,” he says. “And they’ll represent patient, responsible pension capital really at the forefront of capital allocation in areas such as the carbon puzzle, the fourth industrial revolution and the changing nature of work. They’ll be not so much predicting the future, but making it happen.

Sicilia agrees and says this will be a natural evolution, reflecting the fact that as superfunds get bigger, they will have “pretty much exhausted” all the investment opportunities available in Australia.

“But here’s the beauty of it: we’re going to export our downward pressure on fees,” he says. “And you might say: why would an overseas manager give you lower fees? Two reasons: the best one is they’re greedy and they want the business. And secondly, the more important reason is that Australia has a mandatory super
system.”

The mandatory system means superfunds will continue to get bigger, that they will continue to have capital to deploy even when the next global downturn hits, and that the ‘urge to merge’ will remain strong for some time to come.