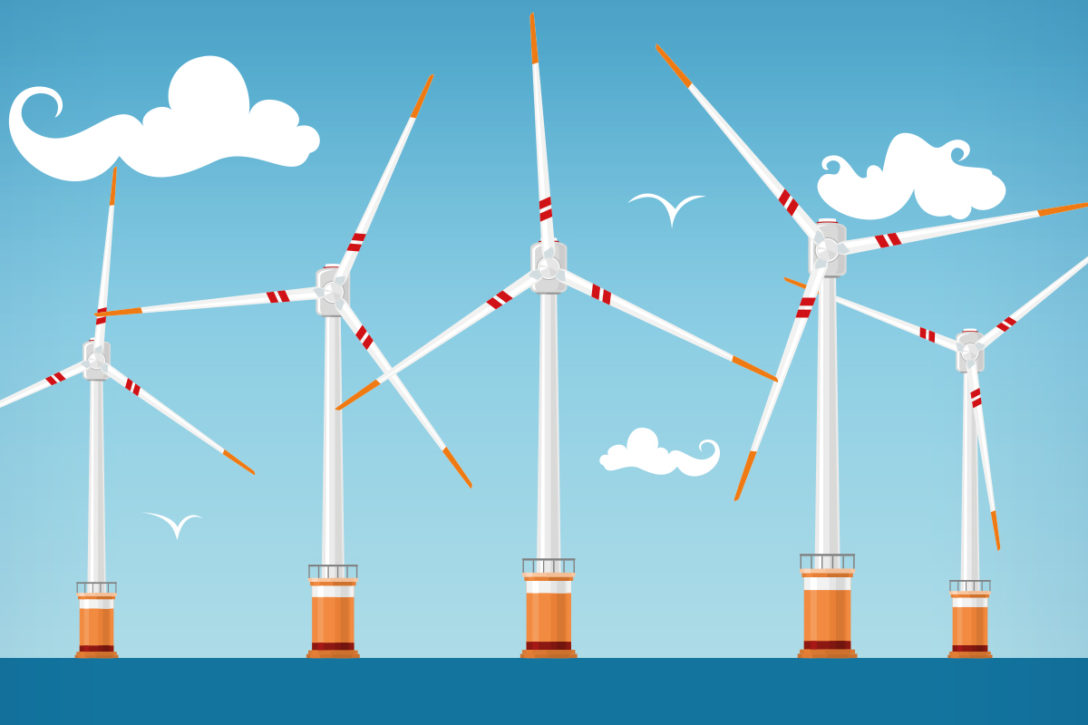 Installed offshore wind capacity in North America is around 30MW, which is a drop in the ocean compared with Europe’s 25GW. However, President Joe Biden aims to play catch-up and has set a target of raising US wind farm capacity to 30GW by 2030.

Doug Pfeister, managing director of the Renewables Consulting Group, North America, describes the move as a “game-changer”. “The momentum now is phenomenal,” he says. “The seabed in US waters is controlled by the presidency through the Department of the Interior and the Bureau of Ocean Energy Management. The second point of substance is the permits, and we are seeing action there too.” The BOEM has now issued 17 offshore wind leases in the Atlantic.

Vineyard’s two projects are off the coasts of Massachusetts and Connecticut, and permissions for the first were granted in May. The key investors behind Vineyard are Copenhagen Infrastructure Partners and Spanish energy giant Iberdrola.

Two other projects are spearheading the US offshore agenda. South Fork, also off the Connecticut coast, is a 50:50 venture between Danish energy group Orsted and Connecticut-based Eversource Energy. It is in the process of making state and federal permit applications, and construction is expected to begin in 2022. Ocean Wind, 75 percent owned by Orsted, has plans for offshore wind in the coastal waters of New York State. Permit applications and environmental review are underway and are expected to be completed by 2023.

Between them, these three schemes are projected to generate about 2GW of offshore wind power. This year, the deputy chief executive of Orsted, Martin Neubert, warned that regulation needed to be faster if Biden hoped to hit his targets: “To have 30GW installed by 2030 will mean the permitting processes need to be expedited.”

Meanwhile, new technology may offer growth prospects. Floating offshore wind – in which turbines float rather than being planted on the seabed – will open up deeper waters to wind energy, a development that would be particularly suitable for the North American west coasts, from California to Alaska.

There are technical challenges, ranging from ensuring stability of the turbines to connection to power grids. The Carbon Trust’s Floating Wind Joint Industry Project is working with 17 wind energy groups on addressing these challenges.

“Floating wind will help build out renewables in a very significant way and the technical challenges of floating offshore wind are being overcome and addressed,” says Pfeister.