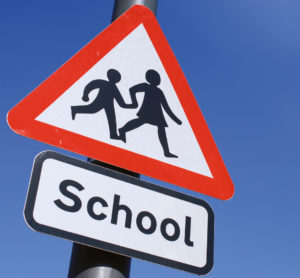 Growth in infrastructure investment continues to be a trend that has been unaffected by all manner of challenges – including the ever-increasing global, and regional, political and economic instability. New capital continues to enter the marketplace at an incredible rate, meaning competition has never been more intense. Traditional infrastructure assets are being purchased for EBITDA multiples that can only be described as eye-watering.

Accordingly, the migration of infrastructure investors into new sectors has been swift. Telecommunications assets can now almost be considered as true hybrids between private equity and infrastructure. Meanwhile, the universal interest in healthcare suggests this sector will follow the same path in the coming years.

So what is the next big thing? A look at some of its key aspects suggests it could be education.

Traditionally a private equity playground, the core model around value generation in education is to amalgamate a large number of private schools globally that are either family-owned or non-profit organisations. The next step is to grow EBITDA organically by building additional capacity to serve the growing demand for private education, as well as through fee increases and cost management.

Recent widely reported and high-profile education deals show that education can derive top-end returns for private equity investors. But the pricing of international school groups is not for the faint of heart. Such pricing naturally plays into the hands of infrastructure investors and their lower cost of capital. Although school businesses can be cash-intensive where expansion capital expenditure needs are high, they generally provide very predictable, stable cashflows, given the beneficial working capital cycles: revenues are collected in advance at fixed times of the year and costs are easily budgeted for in advance, with little variance.

It is true that there is no effective long-term contracting. Students can be locked in for as little as a term, but student retention is very high, with average tenure spanning five to 12 years depending on the proportion of expatriate students. This is unlikely to change given the chronic underfunding of state education globally and is especially true in premium private schools.

It is interesting to note that enrolment numbers in secondary and tertiary education have exhibited stable secular growth since the second world war across OECD economies, and there has often been countercyclical volumetric behaviour during recessions. In addition, long-term forecasts of student volumes are considerably more reliable than, for example, vehicle rotation for car parks or container numbers in ports. This is because the students of future decades are already born, lending much greater confidence to long-term projections that would be central to infrastructure investors’ financial models.

Furthermore, the need for education is generally unaffected by political and cultural changes and upheavals. Education businesses are also much less linked to economic cycles, due to there being reduced volumetric correlation to the economic cycle. People will view sending their children to school as an absolute base necessity. This is not the case in many core sectors, such as those connected to transport. There is no real alternative or the option to reduce consumption. The underperformance of certain high-profile infrastructure investments in GDP-linked businesses during the 2008-09 downturn, such as some car parks, toll roads or ports, demonstrates how important an upside this factor is to education as an infrastructure investment.

The landscape may be changing, though. With changes to taxation rules on disposals of companies owning properties, it is harder to realise gains on real estate disposals without incurring significant tax charges. The economics may therefore shift in favour of school businesses being property-backed, at least to the extent of properties being already owned, with the related downside protection that arises from a business having real asset backing.

Education businesses typically are not positively regulated in so far as there are no regulations that guarantee minimum fee levels. Concurrently, regulations limiting fee levels or fee increases also tend to be limited. Infrastructure investors will in any case be used to limits on price increases on core-plus assets, in particular where businesses operate under concessions from local authorities that have an interest in keeping social services affordable.

Limitations on fee increases can also be managed through structuring, in the case of global school groups. This can be achieved with use of arm’s-length management service or royalty arrangements, though consideration should also be given to the fact that such arrangements tend to generate an irrecoverable VAT cost. Additionally, there are generally no restrictions on inflation-related price increases even in jurisdictions where price increases are subject to some control (notably in the Middle East). So increasing school fees in line with inflation is almost always possible, provided that the quality of the education services, generally measured by student results and the levels of pastoral care, can be maintained.

It should be noted, though, that the possibility of increased regulation on fee increases is also an ever-present factor as education, even in the private sector, can be a charged political topic. Governments have in the past used stricter limitations on fee increases as political currency.

Some aspects of education businesses will of course still prove to be a barrier or at the very least a challenge to any infrastructure investor looking to move into new territory. Competition is one of them.

As noted previously, the state-education machine does not provide any material competition in a significant majority of territories worldwide. Furthermore, globally consolidated school groups are still relatively limited, with only a few big players currently operating in the market. However, competition at a local level is key and is significant, even in developing countries.

Competitive pressure can, however, be mitigated by operating in the premium school sub-sector, where brand is key. Schools with prestigious, well-respected brands are much more insulated from the effects of competition. As a result, international school businesses that are able to amalgamate only premium schools can limit the risk of competition to a certain extent.

Just like teaching, management of schools requires a specialist skillset, and it is necessary to have the capabilities to follow regular business best practices while simultaneously managing parents’ expectations and interests. It will come as no surprise to anyone that ‘customers’ can be much more emotionally driven in relation to a ‘product’ that involves their children.

Reputational risk is therefore a significant business consideration, and errors in judgement by management can very quickly have a financial impact. An infrastructure investor who is more used to passive assets may therefore struggle to secure or understand the management know-how to actively run a school business, though this of course would not stop minority investments.

However, it is possible that infrastructure investors who are able to access relevant know-how from other arms of their investment platforms can bridge the knowledge gap, potentially with the help of appropriate external advisory support.

It would certainly be fair to say that education is unlikely to be high on infrastructure investors’ minds for the remainder of 2019. However, as the past few years have shown, change in attitudes occurs swiftly, and even more speedy is the subsequent deployment of capital into a new asset class deemed appropriate. Given the relentless increase in available infrastructure capital, the idea of education infrastructure in 2020 and beyond seems entirely plausible.