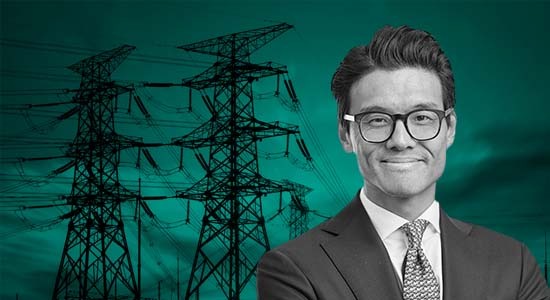 Stonepeak this summer launched Stonepeak Core Fund and has begun picking up commitments, including $250 million from the Oregon Investment Council and $100 million from the Maine Public Employees Retirement System. The vehicle is understood to be open-ended and targeting deals within an 8-10 percent return range in the US and Europe. It secured its first deal in July with the purchase of a 29 percent stake in American Tower’s data centre business for $2.5 billion.

Wong, who joined Stonepeak in April following five years as global head of Macquarie Capital and over 22 years at the group overall, acknowledged that LPs are faced with a wealth of options when it comes to core infrastructure investing today – although he maintained that those assets must contain defensive, inflation-linked characteristics.

“In our view, core infrastructure can actually be a great hedge against the current environment, especially if you’re linking rising interest rates to the fact that inflation is high,” he told Infrastructure Investor. “Quite often, we find ourselves having conversations with LPs around why invest in core when interest rates are rising. The investments that the core strategy addresses and targets in terms of regulated utilities, digital infrastructure or any other infrastructure that’s highly contracted – quite often with revenue passed through and linked to inflation – these can be excellent defensive investments to have in this sort of macroeconomic environment. And this is coming through in the discussions that we’re having with the LP community when they’re looking at assembling their portfolios.”

However, one doesn’t need Wong’s extensive experience to remember a time when a low interest rate environment was also used as a selling point to encourage investment into infrastructure. So, how should LPs respond when confronted with a plethora of core opportunities using higher rates as a selling point?

“Interest rates that go up as the response to inflation are actually moving in tandem and there will be certain infrastructure investments that are well positioned in that sort of environment, but not all of them,” Wong responded. “There are some investments that are less well positioned in that sort of environment and the key is to be able to make those distinctions. The way we’re thinking about core infrastructure is very much targeting the former, and that’s through a combination of either regulated or contracted or just simply market positioning, so that the revenues can respond to a higher inflationary environment.”

He added that many core infrastructure investments have had substantial capital locked up against base rates, providing revenue certainty for long periods of time. That would include regulated assets, which Wong also views in tandem with his energy transition focus at Stonepeak, following his four-year spell as chairman of the Green Investment Group.

“With respect to energy, [the core strategy] will look at regulated networks such as electricity, gas or water, as well as things like unregulated pipeline networks or district heating infrastructure,” he said, labelling some of these kinds of assets as those that foster “the facilitation of the transition”.

He continued: “In the case of digital infrastructure, there are a number of these businesses that have already been built out that customers have already committed to such [that] they actually have now become core yielding, low-risk/low-return infrastructure,” Wong added. “We also see some transportation infrastructure as core, but the links to GDP we don’t see as having a core risk/return profile, although there will be some that have much more stable, yielding cashflows.”

Taking on the continent

Beyond the core strategy, Wong’s remit as head of Europe will see him lead Stonepeak in a region where, thus far, it has made three investments across its four flagship funds. The firm’s investments in Europe currently comprise broadband group EuNetworks, Netherlands-based Delta Fiber and its €1 billion May investment in private school operator Inspired. Its $2.75 billion Global Renewables Fund is also slated to split investments between North America and Europe, although it is yet to deploy on the continent.

Stonepeak also has the dedicated Asian fund it is currently raising for, although Wong said his appointment is unlikely to lead to a similar offering for Europe.

“Over the last 10 years, we’ve had good support coming out of the European investor base into our flagship strategy. What we’ve found is that more and more European investors are interested in backing Stonepeak, and we have created additional strategies that have more focus and more ability to invest into Europe. But we don’t see the need to necessarily create dedicated European strategies. I think the way we are approaching investing across the whole infrastructure spectrum is very much about our global network – as well as global thematics – and regional funding is not really the way we’re looking to approach the European market.”

Neither will Stonepeak’s allocation to regions outside of North America – which sits at about 20 percent for its flagship fund series – materially change. Wong, though, sees pockets of value for Stonepeak to make its mark in the region. As has already been demonstrated by EuNetworks and Delta Fiber, digital infrastructure is high on the priority list. Wong believes “Europe is five years behind the US” in this respect, and wants to replicate what he sees as a first-mover advantage the firm has benefited from in that country.

For the core strategy, Wong is excited about the need for capital in European regulated utilities, as well as the energy transition more broadly across the firm’s renewables and flagship funds.

“In terms of oil and gas, we’re seeing a real divergence in approach. We see some investors that are looking to just simply divest their portfolios of this infrastructure,” he added. “This infrastructure needs to be maintained and well invested in, as well as managed transparently in order for this transition to happen smoothly, fairly and at a reasonable cost. So, we see a big role for private capital to not only own and manage this infrastructure, but also to harvest and accelerate the energy transition opportunities these companies actually have privileged access to.”