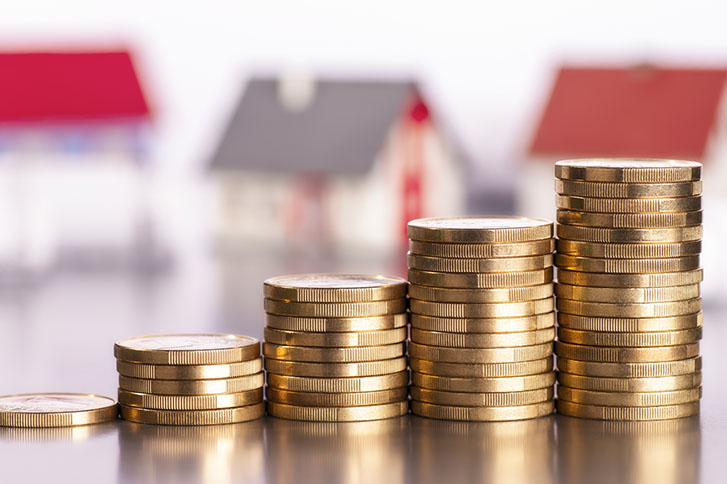 A quick note on methodology: the ranking focuses on capital raised from 1 January 2013 to 31 August 2018, setting up the stage to measure fundraising on a rolling five-year basis, like the II 50. It counts unlisted funds, separate accounts and co-investment capital and cuts across strategies, including senior and junior debt.

Why only a top 10? We wanted to start small and sharpen minds for our debut. As you can see from the table below, you need circa $1.65 billion of assets under management to make it into our ranking and $11.48 billion to claim the top spot, occupied by EIG Global Energy Partners, with BlackRock nipping at its heels with $10.26 billion. You’ll find a plethora of other well-known names on the ranking, with European-headquartered managers well-represented on it.

The ranking is part of our just-published Debt Report, so be sure to use out our sidebar to check out the rest of its contents.

Leading out of the gate for the inaugural Infrastructure Investor Debt 10 is EIG Global Energy Partners, a US firm, which has raised a total of $11.48 billion in infrastructure debt commitments.

The firm not only raised one of the largest funds ever in the sector, collecting $6.6 billion for EIG Energy Fund XVI, but it did so in 2013 before the infrastructure debt market had matured to the point it has today.

Headquartered in Washington DC, EIG is one of the market’s premier investors in oil and gas, midstream, infrastructure, power and renewables. The firm is currently raising the next instalment of its EIG Energy Fund strategy, with $1.85 billion in commitments collected since entering the market in August 2017.

Aside from leading the infrastructure debt market in terms of fundraising, EIG has made co-investments and separate accounts a large part of its strategy. It has raised $1.75 billion in these categories since 2013, with the lion’s share, $1.2 billion, coming from separately managed accounts.

The world’s top asset manager finished runner-up in this ranking, but it’s clear where BlackRock has set its sights.

A survey by the New York-based firm published in January 2019 makes clear institutional investors want more debt exposure – to real assets in particular. Raising $10.26 billion in infrastructure debt commitments is a good start, but the firm is poised to grow.

BlackRock raised $9.28 billion in separate accounts between 2013 and 2018, $2 billion of which it raised in the last three years.

Only $1 billion behind first place, and $2 billion ahead of third place, BlackRock seems to have solidified its spot near the top.

Since its launch in early 2012 and its first mandate of $500 million, Macquarie’s debt asset management business has deployed approximately £4 billion ($5.1 billion; €4.5 billion) across the infrastructure spectrum, including the financing of 4.5GW of clean power generation. Having raised and fully deployed Macquarie Infrastructure Debt Fund 1, a £829 million UK-inflation-linked vehicle, MIDIS is currently in the process of raising MIDF2, which according to Infrastructure Investor data has so far collected £110 million.

While MIDIS’s co-founders, James Wilson and Andrew Robertson stepped down last June, handing the reins to their colleagues, Kit Hamilton and Tim Humphrey, they “remain closely involved with [the] business”, according to Macquarie.

AXA Investment Managers’ Real Assets launched its infrastructure debt platform in 2013. It has raised €1.2 billion for its maiden infrastructure debt fund and collected another €4.3 billion across four separate accounts to debut at number four in our ranking.

According to Bertrand Loubières, its head of infrastructure finance, the firm has invested around €6 billion over 58 transactions across Europe. At the end of 2018, AXA European Infra Senior I was 80 percent deployed.

The firm has its eyes on Australia and Japan. In May, Infrastructure Investor reported AXA IM – Real Assets had made its first debt investment in Japan, in a solar PV project in Okayama prefecture. “We are very keen to become a global player on the infrastructure debt side,” said Laurent Jacquemin, head of Asia-Pacific, as it looks to expand beyond Europe, leveraging the expertise it gains from investing in debt to transition into equity.

AMP Capital has raised $5.45 billion during the five-year period covered by our ranking, with the third fund in its debt series, Infrastructure Debt Fund III, reaching a final close on its $2.5 billion hard-cap in August 2017. The vehicle is a 10-year closed-ended fund that has invested in assets including Invenergy Clean Power and Peel Ports, and has been making investments in other energy and telecommunications assets.

Reinforcing its success in the space, the firm secured two separate co-investment pools of $800 million each alongside that third debt fund, which launched less than a year after the $1.1 billion close of its predecessor. Jones told us then that the capital was there for further debt fundraisings, and with AMP Capital’s strong track record, expect them to be at the forefront of this in Australia and the Asia-Pacific region.

Just behind the other Australian firm in this list, Melbourne-based Westbourne Capital celebrated its 10th anniversary in 2018 after spinning out of Hastings Funds Management just before the global financial crisis, expanding on the latter’s pioneering work in the asset class.

Recent deals include providing A$160 million ($115 million; €101 million) of mezzanine debt financing for the Lincoln Gap Wind Farm project in South Australia, only the firm’s second foray into renewables, while also backing Long-Term Asset Partners’ mysterious take-private bid for Australian agricultural giant GrainCorp to the tune of A$400 million, perhaps signalling a shift away from its traditional pure infrastructure investments.Westbourne has subsequently raised more than $5.3 billion over the last five years and is well on the way to raising $3 billion more for its latest infrastructure debt platform, reaching a first close of $1.5 billion in September 2018.

Westbourne has been a major player in infrastructure debt for the past decade and that looks set to continue for the next 10 years.

The German insurer last year completed its 50th infrastructure debt deal, marking over €11.1 billion invested in the asset class worldwide since 2012 (for the purposes of this ranking, we’re only counting the third-party money it manages).

While the group has launched two UK-focused funds, the bulk of its funds raised comes through SMAs in Europe and the UK. However, the US remains the largest recipient of its investments, with 22 percent of its dealflow directed towards the country, as at June 2018, with France and the UK attracting 18 percent and 15 percent respectively. Yet Allianz has also been active in less established markets, completing its fourth investment in Latin America with a Peruvian wind farm deal, while also making a landmark investment of close to €100 million in the Emerging Africa Infrastructure Fund.

One of three Paris-based managers in our ranking dealing only in infrastructure debt, Rivage Investments is in the middle of that French mini-league. It began its programme strongly in 2013 and closed two funds in the final months of that year, garnering more than $500 million.

The firm has since gone on to raise a further eight funds, the largest of which closed in 2017 on more than $800 million. Its infrastructure debt division has been co-headed by Arnaud Sérougne and Severin Hiller since 2014.

Rivage has completed over 30 investments in several European countries through its funds since it began investing in France. The firm typically targets long-term senior debt with ticket sizes ranging from €10 million to €100 million, although it has also provided mezzanine debt.

Investments include greenfield financing for offshore wind. At the outset, the group’s strategy focused on investments mainly in France, Germany and Benelux, but it has also provided debt to investments such as an LNG power facility in Malta.

When the family behind the name has been involved in infrastructure financing since the 19th century – taking in flagship projects like the Suez Canal – you know Edmond de Rothschild Asset Management is not short on pedigree.

Flash-forward to more contemporaneous times and you find a very successful private infrastructure debt strategy, centred on EdR’s BRIDGE platform. Started in 2014 and comprising a suite of funds, the platform had quadrupled its AUM since inception, with €1.4 billion invested across 28 assets, as of late 2018.

At that point, EdR also hit a first close on more than €250 million for its fourth infrastructure vehicle. The latter is split into two sub-funds, one of which is designed to specifically target energy transition deals. BRIDGE IV Senior Energy Transition has a target of €500 million, looking to generate 200 basis points-plus over base rate, while BRIDGE IV Higher Yield is designed to secure returns of 5-7 percent, with a smaller target of €250 million.

As of June, EdR said its previous debt funds were 90 percent deployed, investing in 25 assets for a total of €1.15 billion.

Last, but certainly not least, especially when you consider how recent its debt strategy is, with UBS closing its first €750 million fund closed in 2016. Its second debt vehicle has just hit its €1 billion hard-cap, with a 70 percent re-up rate, but given our 31 August 2018 cut-off date, not all of it is being counted towards this ranking.

Debt as a strategy is particularly important to UBS, playing a pivotal role in the customer re-alignment infrastructure boss Tommaso Albanese describes on p. 16 of our main issue. Laser-focused on senior-secured, low-risk, regulatory-friendly investments, UBS is making the most of the spread gap created by QE in Europe, delivering gross returns of around 4 percent to its investors.

With the requisite hiring done to allow for an expansion into the US debt market, after Vanessa Lamort de Gail joined to build the firm’s North American infrastructure debt business, it will be interesting to see if the manager will keep its focus on senior debt, or start to take its first steps down the capital stack into more subordinated positions.