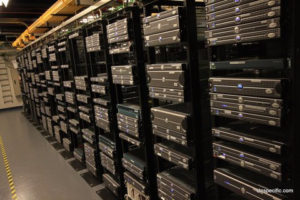 Colony, a Los Angeles-based real estate investment trust, said Digital Colony raised $932 million in the second quarter, surpassing its $3 billion target. The firm has committed $229 million of its own capital to the fund.

Digital Colony is managed as a joint venture between Colony and Florida-based Digital Bridge, a telecoms infrastructure company. The two came together last year to raise money for investments in data centres and telecoms towers.

A spokesperson for Digital Colony declined to comment for this story. Infrastructure Investor reported in April the fund was originally expected to finish fundraising by 30 June.

Digital infrastructure is seen by many as having high growth potential as access to mobile networks increase and industries move to cloud-based data management. Assets including telecoms towers and data centres are attracting interest from both infrastructure and real estate investors.

As part of Digital Colony’s first close in March, Colony agreed to transfer its interest in Andean Tower Partners, a South American telecoms towers owner and operator, to the fund. In October, the investment manager and Digital Bridge invested $200 million in ATP.

In April, Digital Colony purchased a 100 percent stake in Digita Oy, a Helsinki-based television and radio broadcast tower operator. Digita is Finland’s largest independent tower network owner, with the ability to reach 100 percent of the country’s population, according to a statement.